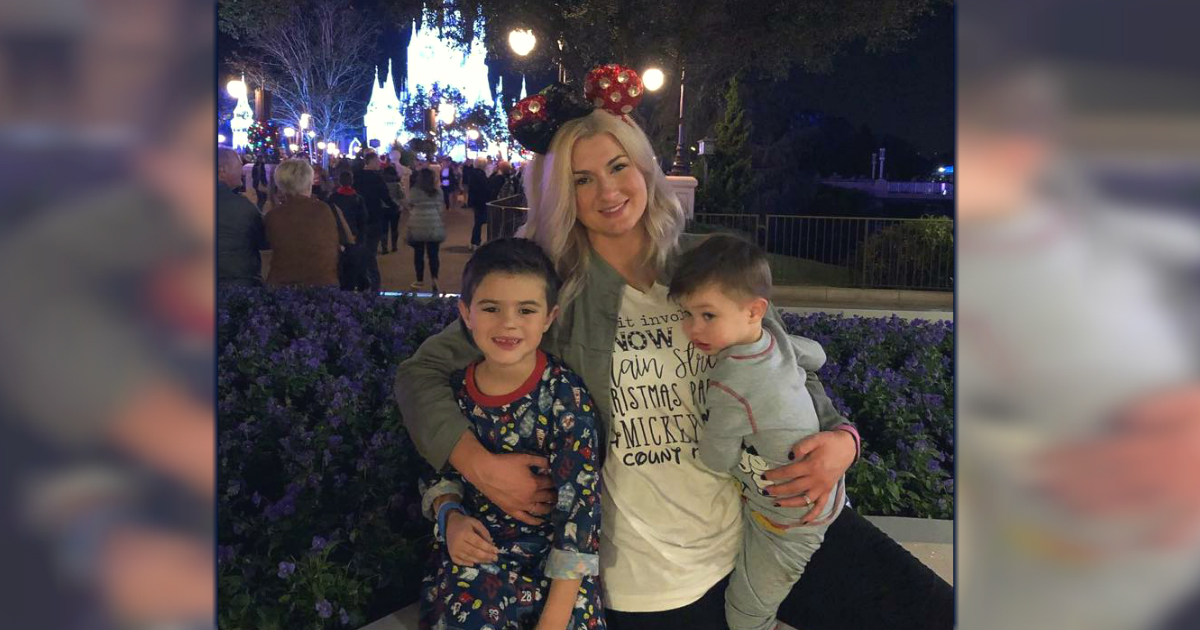 Christian actress Ashley Bratcher couldn’t have been happier when she landed the lead role in the pro-life movie ‘Unplanned’. But her involvement in this film uncovered a dark secret from her past — one she never knew about. The ‘Unplanned’ actress was almost aborted!

‘Unplanned’ is a powerful film taking a closer look at the abortion industry and the workers involved in these heartbreaking procedures. It tells the true story of former Planned Parenthood worker Abby Johnson, who walked out after assisting in an abortion involving a 13-week-old fetus.

RELATED: After What Happened In The Operating Room, This Nurse Quit On The Spot

“I can't be part of this anymore. Everything they told us is a lie," Abby Johnson said. She then left Planned Parenthood and converted to the pro-life cause.

Ashley Bratcher grew up in North Carolina. For a time, she worked as a school teacher but really felt God calling her to be an actress.

She found her place in faith-based films, appearing in the likes of ‘War Room’, ’90 Minutes In Heaven’, and ‘Princess Cut’.

While Ashley always considered herself pro-life, she never had any personal dealings with Planned Parenthood. She just knew about them from reports she heard on secular media.

So, when the creators of ‘God’s Not Dead’ decided to turn Abby Johnson’s true story into the film ‘Unplanned’, Ashley knew nothing about it. She didn’t know anything about Abby Johnson or her story. But God clearly wanted Ashley to be part of the film.

“It’s really hard for me to tell my story without making it God’s story because the way I became involved was so divinely appointed,” Ashley Bratcher said of landing the lead role in ‘Unplanned’.

A complete stranger reached out to Ashley on Instagram and told her about the movie ‘Unplanned’.

“I think that you’re meant to play the lead role,” this woman wrote to Ashley online.

At first, Ashley blew the lady off. Normally she’d only consider roles sent to her by her agent. But when the woman followed up again, Ashley decided to audition.

After submitting her audition tape, Ashley decided to start researching Abby Johnson since she didn’t know anything about her.

She read article upon article and watched all the videos she could find on Youtube about Abby Johnson’s story. And afterward, Ashley knew God had led her to this movie.

“As soon as I heard her testimony, I was just so convicted,” Ashley explained. “I was a puddle of tears on the floor. And in my heart, I knew that I was meant to play this role. And it was something that I couldn’t explain other than my heart would not let it go.”

Ashley wound up landing the role. She excitedly flew out to Oklahoma to start filming. But one day, as Ashley started sharing Abby’s testimony with her mom on the phone, Ashley’s mother broke down in tears.

“She was just weeping and sobbing into the phone,” Ashley recalled. “And I said, ‘Mom, what’s wrong?’ and she said, ‘Ashley, I need to tell you something that you never heard before.'”

That’s when Ashley’s mom confessed that the ‘Unplanned’ actress was almost aborted.

Ashley Bratcher never knew it, but she was an unplanned pregnancy. And her mom was at the clinic, preparing to abort Ashley when she had a change of heart and walked out.

"And what’s so powerful about that experience is that I never knew. I had no idea," Ashley explained.

Ashley had already known in her heart God was calling her to tell Abby’s story. But now she knew why.

“I believe that God plans our steps from conception,” Ashley said. “And for me to be standing here and to have that come full circle just…I just feel so humbled that God loves us that much, that he would give me, this nobody, the opportunity to tell this story — that he cares for so personally.”

What an incredible testimony! ‘Unplanned’ comes out March 29, 2019. And with nearly one million abortions taking place in the United States of America every single year, producers are hoping that the world will finally understand the truth. Will you be seeing this film?

YOU MAY ALSO LIKE: Move To Legalize Late-Term Abortions Met With Thunderous Applause In New York