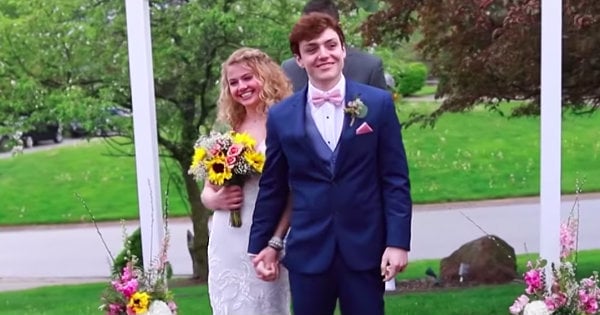 After a mother in China helped find missing kids for decades, her own son that was taken from their family 32 years prior was finally reunited with them. What an incredible and emotional reunion that must have been!

Mao Yin was born in February 1986 to Li Jingzhi and her husband, Mao Zhenjing. In October 1988, the father and son were heading home when little Mao asked to stop for a drink of water. When they made a quick stop at a hotel, Mao's father was looking away for only a brief moment. But that was just enough time for the 2-year-old to be snatched up.

“He disappeared in a matter of seconds while his father briefly looked away,” Li shared.

The couple was heartbroken and searched all over to find their son. They put up posters, made appearances on a number of Chinese television shows, and tried everything they could to find information that would lead them to Mao Yin.

Li even quit her job and dedicated every waking hour to finding her boy. She also volunteered with an organization called Baby Come Home. While she was working to reunite with her son, she also helped 29 missing children be reunited with their families.

In April, police had received a tip about a man in southwest China that had adopted a child from Li and Mao's province for the price of $845. After using an old photo of Mao Yin, they simulated an image of what he would look like today. And they found a man who resembled him that went by Gu Ningning. Gu was adopted 32 years ago, and after a DNA test, it was revealed that he was the boy who was kidnapped decades earlier.

Li and Mao Zhenjing found out the news on Mother's Day. And the family shared an emotional reunion just a week later.

“This is the best gift I have ever got,” Li said after embracing her son.

Right before they shared a long embrace, 34-year-old Mao called out to his mother and ran toward her before the family reunited and broke down in happy tears. What a heartwarming sight!

Mao has said that he would move to live with his biological parents to make up for lost time. And while Li has now found her son, she said that she will continue to help families who still have missing children.

YOU MAY ALSO LIKE: Teen With Cancer Learns He Has Little Time Left And So He Marries His High School Sweetheart

“I would like to thank the tens of thousands of people who helped us,” Li said. “I can’t believe that after helping 29 missing children find their families, I am able to find my own son.”

What an incredible story, and may God bless this family as they are now reunited again.

WATCH: Son Abducted 32 Years Ago Reunites With His Family