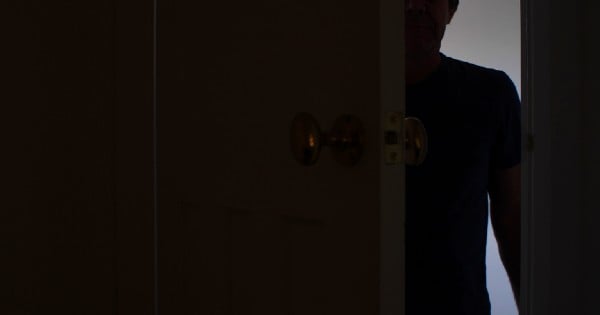 Tragedy struck as a Fort Worth fire threatened to claim the lives of two children and a father.

The fire ravaged a Texas home where one father lives with his two children and wife. The dad and both children were home and asleep when neighbors noticed the smoke pouring from the home.

Neighbor Monica Travino commented, "I looked out the window and seen the smoke and was like come on somethings happening.”

Monica and her children rushed to the home with a ladder and were able to get the father safely out of the house from a second-story window. But the dad wasn't worried about his own safety.

"At the time he was just like, ‘Save my kids, save my kids. Let me die.' That's when I told my son to go kick the door down and go get them,” Monica shared.

Because of the fire's intensity, however, her son was unable to get the kids out of the house.

Thankfully, both children, ages one and four years old, were rescued by firefighters. They were reported to be in critical condition, especially the younger child. The family was transferred to area hospitals. As of right now both the children and the father are all in stable condition.

The case of the fire is still being investigated by the fire department. They have determined no foul play was involved, and also learned that the home did not have working smoke detectors. Hopefully, this story of a close call could ensure that others check that their smoke detectors are in working condition.

Michael Drivdahl of the Fort Worth Fire Department said, "You know, I think that there are times when we need to kinda go back to the basics. And remind people that smoke detectors do save lives. They need to be working, they can't just be in your house."

YOU MAY ALSO LIKE: Train Conductor Spots Man On The Tracks And Takes Swift Action To Stop Train Just In Time

The family suffered from burns and smoke inhalation, but the father remains positive about their recovery.

WATCH: Neighbor Hears Desperate Father Yell ‘Save My Kids’ During Fort Worth Fire