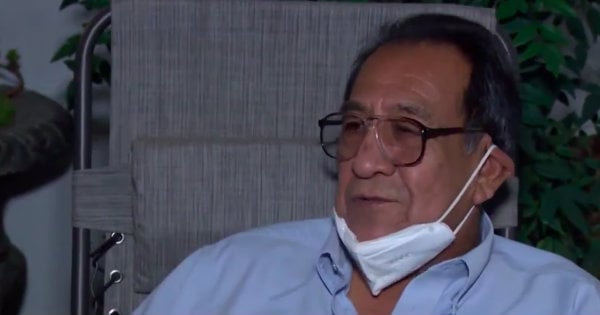 A stranger hears a mom screaming for her kids trapped in a fire, and he runs straight into the flames.

There are angels walking among us here on earth in human form, and this story really shows it!

RELATED: Fort Lauderdale Firefighters Show Up To Save 83-Year-Old Veteran But Stay To Mow His Lawn

Some devastating things can happen at any moment, and it takes a true hero to jump into action. When Zikhaya Sithole heard a woman cry for help because her children were trapped in a burning shack, he did not hesitate. He ran straight into the shack and suffered great burns as a result.

"That's when I pulled my hat over my face and ran into the flames," shared the man.

When he got inside, there were the two baby boys, a 1-year-old and a 2-year-old.

"When I got inside the shack, I heard the children crying. I grabbed the child who was on the bed and ran out, but when I wanted to go back for the other one, the flames were too strong," shared Zikhaya.

Man Runs Straight Into Fire To Help A Family In Danger

Unfortunately one of the little boys didn't make it. The man then went on to add, “But I never regretted entering the shack. I have saved a child. I wish I could have saved them both."

After the incident, Zikhaya went home, where his friend Mapaseka found him badly burned. She immediately called the paramedics.

Zikhaya shared that saving a child's life was worth the damage that was inflicted on his body. "I am proud of him for what he did," Mapaseka shared.

Dr. Convy Baloyli, President of African Covenant expressed how impressed he was by Zikhaya's bravery. "We live in a world where men are said to be trash, but Zikhaya braved the flames to save kids. We will journey with him through his healing process, we don't have much to offer, but we'll work with him," Dr. Convy shared.

Zikhaya has also been nominated for a Mendi Decoration for Bravery award for his act of heroism. Since the incident, the family of the boys has come forward and thanked him. People in the community have also made donations to help with his treatment of his burns. They have also started a worldwide fundraiser to help him heal.

The family is blessed to have met a man who demonstrated such a wonderful and completely selfless act of courage! Although there was a loss in the family, this man still touched their lives and saved the life of a young boy. We pray for Zikhaya's recovery!