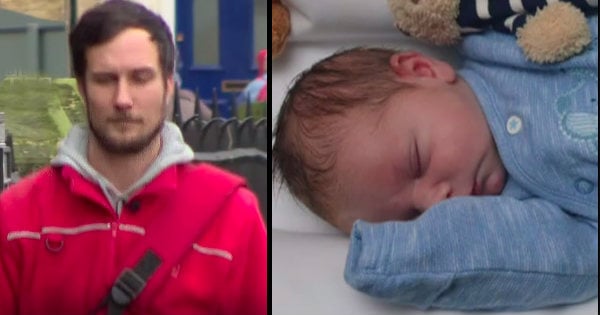 It’s not every day a 5-year-old saves his family from a deadly house fire. But God used little Noah Woods to do BIG things. And in this true, inspirational short story, the boy’s 2-year-old sister, family dog, and 7 other family members are all safe thanks to the pint-sized hero!

All children are a blessing from the Lord. But God gave 5-year-old Noah Woods a very special calling one night as a guardian angel over his family!

Everyone was asleep in the Georgia home when an electrical fire broke out in the children’s room. Noah awoke to see flames next to his bed. And instead of panicking, this 5-year-old saves his entire family!

The fire had to be a terrifying sight for Noah Woods.

"I don't know where the flames came from," he said.

But amazingly, the boy’s first thoughts weren’t for his own safety.

Noah shares a room with his 2-year-old sister, Lily. And he wanted to make sure she was safe, as well as their beloved pet dog.

So, the humble hero picked both of them up and climbed out the bedroom window!

“I picked Lily up, got to the window with Lily, got the dog and got out,” Noah said. “That’s it.”

This courageous feat is impressive enough. But the 5-year-old goes on to save the rest of his family from the flames, too!

After taking care of his baby sister and pet dog, Noah ran and told his uncle John, who lives next door, about the fire. Together, they woke the rest of the house and got the 7 remaining families out safely.

“If it wasn’t for Noah, I mean, we were all asleep, so we wouldn’t have known what was going on,” said David Woods, Noah’s grandfather. “We could’ve all lost our lives.”

And while Noah doesn’t see his efforts as that big of a deal, even the fire department is amazed at how this 5-year-old saved his family.

“We’ve seen children alert their families before,” explained Dwayne Jamison, the Bartow County Fire Department Chief. “But for a 5-year-old to be alert enough to do this … that’s pretty extraordinary.”

Thankfully, everyone got out safely and Noah only suffered a small burn on his wrist.

Holding the hand of a 5yr old hero! Meet the boy who saved his family from a house fire… He got a small burn on his wrist. @wsbtv at 5pm pic.twitter.com/0kTr2lqW9v

Sadly, the flames rendered the home “a total loss.” And to make matters worse, the fire occurred during a recent lapse in the home owner’s insurance. But the community is already coming together, raising funds to try and help get the family back on their feet.

And the family knows just how blessed they are to have only lost material possessions.

“By the grace of God, all nine of our loved ones were able to get out of our home,” David Woods said.

Noah Woods should certainly be proud of the part he played in getting those loved ones to safety. And the Bartow County Fire Department recognized the 5-year-old who saved his family by making him an honorary firefighter and awarding him a Lifesaving Award.

YOU MAY ALSO LIKE: Jesus Saves 5-Year-Old Boy Thrown From Balcony At Mall Of America

What a special little boy! God’s angels come in all forms. And He clearly has big plans for Noah.