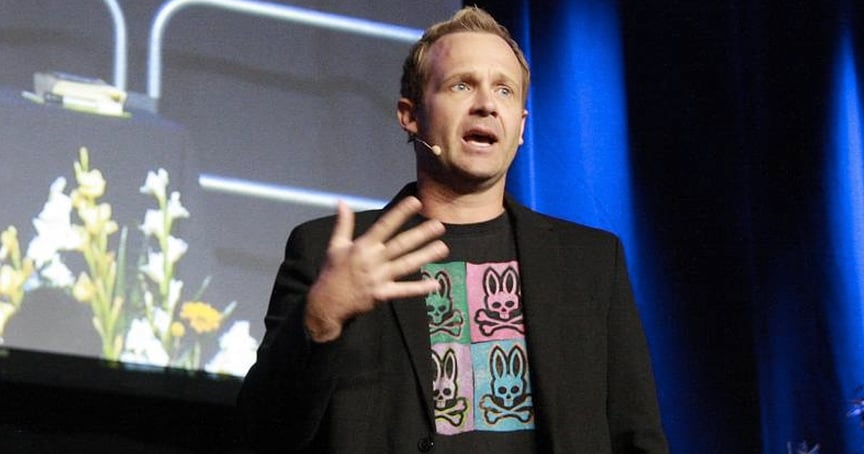 Borderline Atheist Sought The Supernatural, Then Had Brush With Death
Read Article »

When a twin-engine plane crashed and burst into flames on the California 405 freeway during rush hour, it was an absolute miracle there were no casualties. And as the pilot trapped inside the burning plane, Frank Pisano is sharing his story from that harrowing day.

It was just Frank Pisano and his wife, Janan, aboard a twin-engine plane when things went horribly wrong. The couple was on their way to Scottsdale, Arizona for a relaxing weekend — a trip they made regularly. But this trip was certainly unlike any other!

The day started out just fine. After some routine checks, the Pisanos were ready to head out.

"Everything looked good," Frank said. "So we taxied out."

But as the trip continued, something wasn’t quite right. Then, at about 400 feet elevation, the right engine sputtered and went out.

Frank tried to head the plane back to John Wayne Airport for an emergency landing, all while declaring a mayday over the radio.

"That's something that no pilot ever wants to do," the pilot said. "As a pilot, you learn to fly the plane first and talk second."

Frank had been flying for 27 years, so he knew the plane was going down. Not long after telling his wife to brace for impact, the plane crashed on the California 405 freeway during morning rush hour and promptly burst into flames.

As the plane collided with the center median, it bounced off and clipped a truck. You can already see God at work, as the man driving just so happened to be fire captain John Meffert. And had he been driving just a second or two faster, Frank says the left propellor would have ripped the top off his truck and killed him.

After crashing, the plane immediately burst into flames. While Janan was able to open the door to get out, Frank’s legs were stuck and he had no feeling from the waist down. As the plane burned around him, the pilot trapped inside surrendered to God’s will.

“When I was trapped, I was ready to die,” he told a crowd of about 250 people at Mount of Olives Church in Mission Viejo. “I put my head down and prayed. It was a really peaceful feeling.”

But God had other plans for Frank!

Good Samaritans To The Rescue

John Meffert, the off-duty firefighter driving the truck clipped by the plane, made his way to the downed plane. He braved the fiery wreckage to pull both Frank and his wife out. Frank credits John not just with saving his life, but also with his ability to stand today. 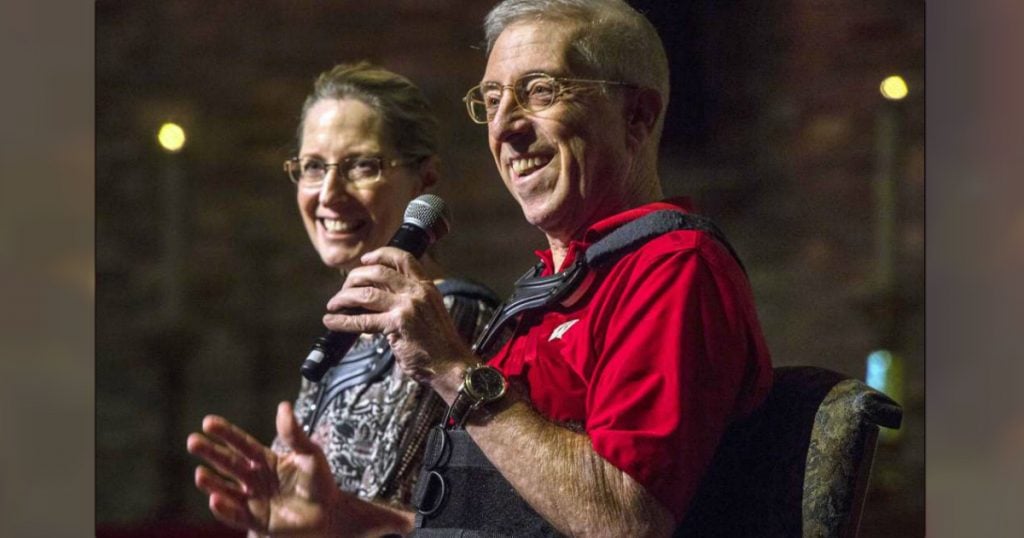 Pictured: Frank and Janan Pisano open up for the first time at their church about the terrible plane crash and how God saved them Photo Credit: Mindy Schauer, AP

"Another person, not knowing any better, tried to pick up my legs while John was dragging me out," Franko said. "John stopped him immediately. If someone did pick up my feet and moved them the wrong way, I could have been paralyzed."

Once John freed Frank from the plane and got him to safety, more of God’s angels swooped in. An intensive care unit nurse and a Good Samaritan joined John in caring for the pilot and his wife.

The couple spent several weeks in the hospital, and both wore back braces as they shared their testimony at Mount of Olives Church several months after the crash. Frank still attends physical therapy, but both he and Janan agree God was in control that fateful day!

California’s 405 freeway is notoriously packed with traffic. To make matters worse, the plane crash occurred during morning rush hour traffic. And yet, there wasn’t a single death. In fact, Frank and Janan were the only ones to suffer injuries.

"Anytime you have a plane that crashes onto a freeway, the potential for great loss of life or great injury always exists," Orange County Global spokesman Jeff Corless said. "It was extraordinary that all the patients we had were just patients of the aircraft."

RELATED: A Young Couple Was Spared From A Horrible Crash And It Was All God

The plane just so happened to safely clip an off-duty firefighter’s truck — the same man who managed to pull the pilot trapped inside the burning plane to safety. And his profession armed him with the knowledge of just how to carry Frank so as to avoid further injury. Additionally, because of the impact, the plane turned left which softened the impact for Frank and Janan when it hit the concrete divider.

Despite the inferno of flames, neither Frank nor Janan ever felt the heat, nor did they sustain any burns at all.

"I didn't know how bad the explosion was until a few nights later in the hospital," Janan Pisano said. "I couldn't sleep, so I pulled out my iPhone and Googled images — I was shocked."

When their son later returned to the wreckage to see if their headsets could be salvaged, he found them a "melted mess of plastic and metal."

And if that’s not enough to have you shouting “miracle,” two friends were originally supposed to join the Pisanos on the trip. However, they ended up backing out. If they’d come, it’s likely the crash would have been much worse.

"If they were there, it would have changed the whole configuration," Frank said. "We would have had more weight and that would have reduced maneuverability (of the airplane)."

Frank and Janan highlighted all of these incredible details as they spoke publicly about the crash for the first time at Mount of Olives Church where they’ve attended for 20 years. The title of their appearance: "Miracle on the 405."

It’s suspected a malfunction involving the fuel selector switches caused the crash. We may not know why things happened the way they did that day.

"I think that's a question we'll be trying to answer for a long time," Janan Pisano said when asked why she thought there were so many miracles that day.

But we definitely know God was at work! 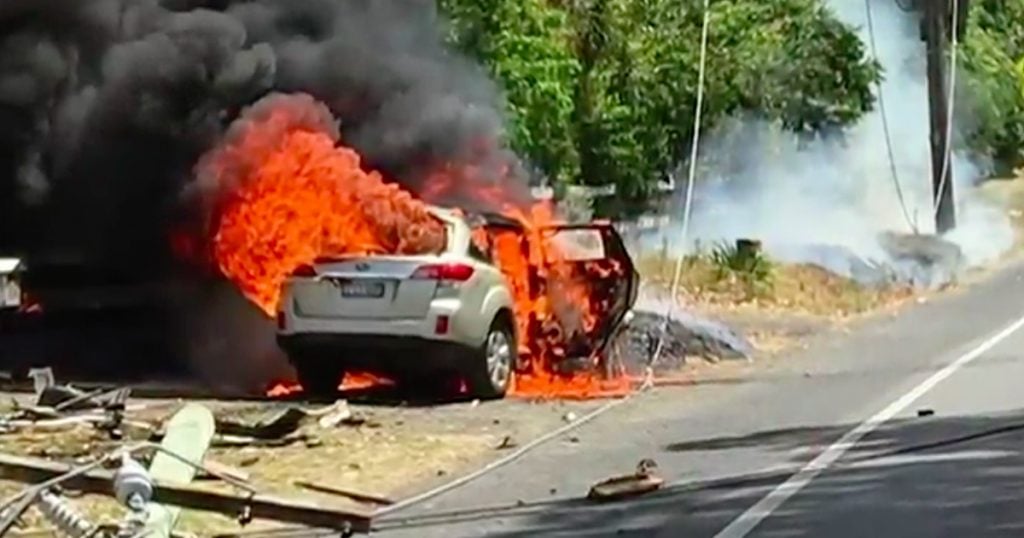