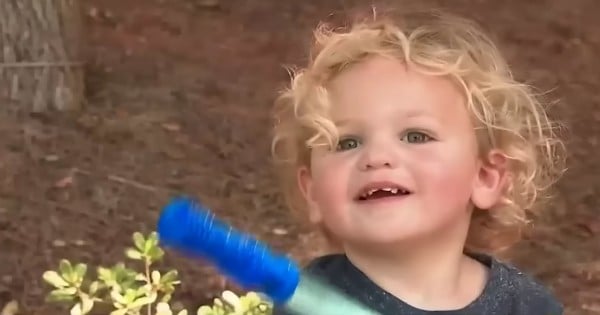 Some people may have never heard about the Ghost Army of WWII. But, according to military estimates, the top secret unit of 1,110 talented soldiers saved between 15,000 and 30,000 lives during World War II without ever lifting a real weapon! Here's how.

Instead of snipers, explosives experts, and tactical minds, the Ghost Army of WWII was a very different type of group. It consisted of designers, artists, actors, architects, set designers, broadcasters, and sound engineers. And they were brought together to create elaborate scenes designed to trick the Nazi forces regarding the size and location of America's fighting troops.

RELATED: After 40 Years, He Figured His Purple Heart Medals Were Gone Forever, But Then A Miracle Happened

By using rubber tanks, inflatable dummies, fictional conversations, sound effects, and a myriad of other completely fake elements, the handpicked unit deceived and distracted enemy forces to the advantage of the Allies. With an average IQ of 119, these gifted soldiers served in more than 20 missions. Those missions included D-Day and the Battle of the Bulge.

Despite their heroic work, it wasn't until recently that the Ghost Army received its reward. Rick Beyer, the co-author of The Ghost Army of World War II, led the charge to have the Ghost Army properly recognized.

"I was very conscious of the fact that because of secrecy, these guys had not received any recognition and thought that was something due to them," said Mr. Beyer.

RELATED: Man Comes Across Veteran's Dog Tags from WWII and Now He's on a Mission to Return Them

In February 2022, the 23rd Headquarters Special Troops and the 3133rd Signal Company Special were awarded the Congressional Gold Medal for "their unique and highly distinguished service in conducting deception operations."

So, finally, in August 2022, Florida Congressman Brian Mast presented 98-year-old Manny Frockt with a Congressional Gold Medal for his service in the Ghost Army of WWIII.

During the presentation, Congressman Brian Mast said, “I’m proud to be a part of that very small portion of what we owe you, sir, and I couldn’t be more proud that you’ll be presented with the Congressional Gold Medal.”

In addition, Palm Beach County proclaimed the day "Manny Frockt Day." Manny is one of only ten surviving members of the Ghost Army of WWII. But, thankfully, American citizens now have the opportunity to learn more about this courageous group.

A traveling exhibit of Ghost Army artifacts and memorabilia will visit the National World War II Museum in New Orleans, The Illinois Holocaust Museum & Education Center, and the Nevada Museum of Art over the next year.

YOU MAY ALSO LIKE: Former Special Forces Member Felt God Calling Him to Help the Desperate & Here's How He Did It

Of his work with the Ghost Army, Mr. Frockt said, “I faked everything. We had fake airplanes, fake balloons. You name it, I did it.” Maybe so. But, Manny's dedication to his country is very, very real. And it's wonderful that his service was at last publicly recognized!

"There are different kinds of gifts, but the same Spirit distributes them." 1 Corinthians 12:4

WATCH: History Of The Ghost Army Of WWII