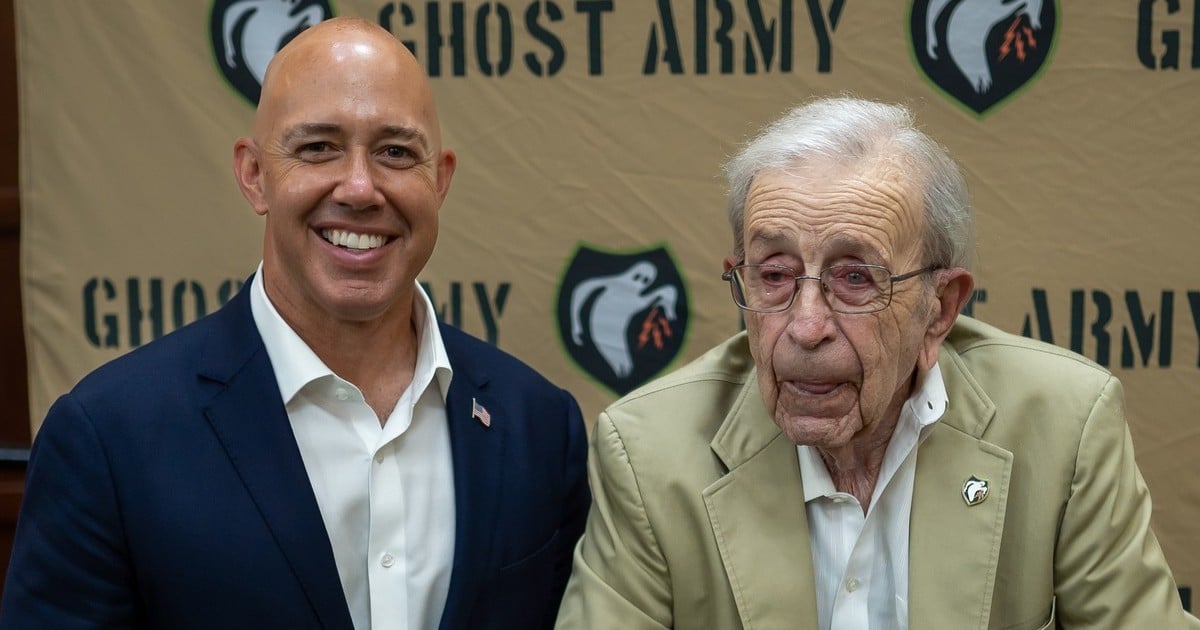 98-Year-Old WWII Veteran Honored for Role in the Ingenious ‘Ghost Army’: ‘I Faked Everything’
Read Article »

The family of 98-year-old Mae Amburgey posted a desperate plea to get their grandma rescued from floodwaters in Kentucky. And thankfully, some special angels jumped into action!

As the rising waters from heavy rains in eastern Kentucky threatened homes and families, Missy Crovetti sought help through social media. She desperately wanted to get her grandma rescued from the deadly floodwaters.

RELATED: 8-Year-Old Prays From The Roof During Flood And His Miraculous Story Is Inspiring Thousands

Missy received and posted photos of the situation underway at the home of her grandmother, 98-year-old Mae Amburgey. Mae was in the house with Missy's uncle and brother at the time.

Family Pleads To Get Grandma Rescued From Floodwaters

The water already reached four-feet deep and rose quickly as her grandmother sat among the watery destruction. So, Missy asked Facebook friends if any had a boat and could offer help to her family. That must have been a very scary situation for those in the home, as well as for Missy hundreds of miles away in Illinois!

Randy Polly was in the area of the flooding that day. He found himself stranded on a piece of dry land within view of the dangerous waters, but unable to offer assistance. Randy told CNN that he heard people calling for help from across the flooded road, and he called 911. But his calls went unanswered, as emergency services were already overwhelmed at the time.

At about 9:00 a.m. Randy observed a man swim to Mae's home and begin banging on the door and a window. Soon, he was able to enter through a window and locate and free each of Missy's three family members from the home, which was becoming increasingly more dangerous with each passing moment. This man rescued the grandma and her family from the floodwaters!

Guardian Angel Swoops In To Help

The man, whom Randy called a "hero," spent approximately 30 minutes evacuating the family, and he then helped them float through the rushing waters to safety. Rescuers took Mae to the hospital for treatment of a bad cut on her leg. Doctors also later treated her for pneumonia. Missy's Uncle Larry, who is in his 70's, was briefly placed on a ventilator. All three are expected to recover.

Neither Randy Polly nor Missy Crovetti knows the name of the gentleman who risked his own life to save three others in distress. But, what they do know is that at least 26 individuals died during the flooding. Ms. Mae's home is lost, along with most or all of the belongings within her home. That loss is devastating, particularly since she'd been living there for 73 years!

Thanks to an unknown angel, though, the most important things are saved-the family that Missy loves and sought help for on social media. And, perhaps one more thing, too. The unidentified man, the hero, the angel... Well, he gave hope back to a whole lot of people with his efforts, those in Whitesburg, Kentucky, and far beyond!

YOU MAY ALSO LIKE: 90-Year-Old Clung to God During Flooding in Tennessee and His Story Is Inspiring Thousands

"For he will command his angels concerning you to guard you in all your ways;" Psalms 91:11