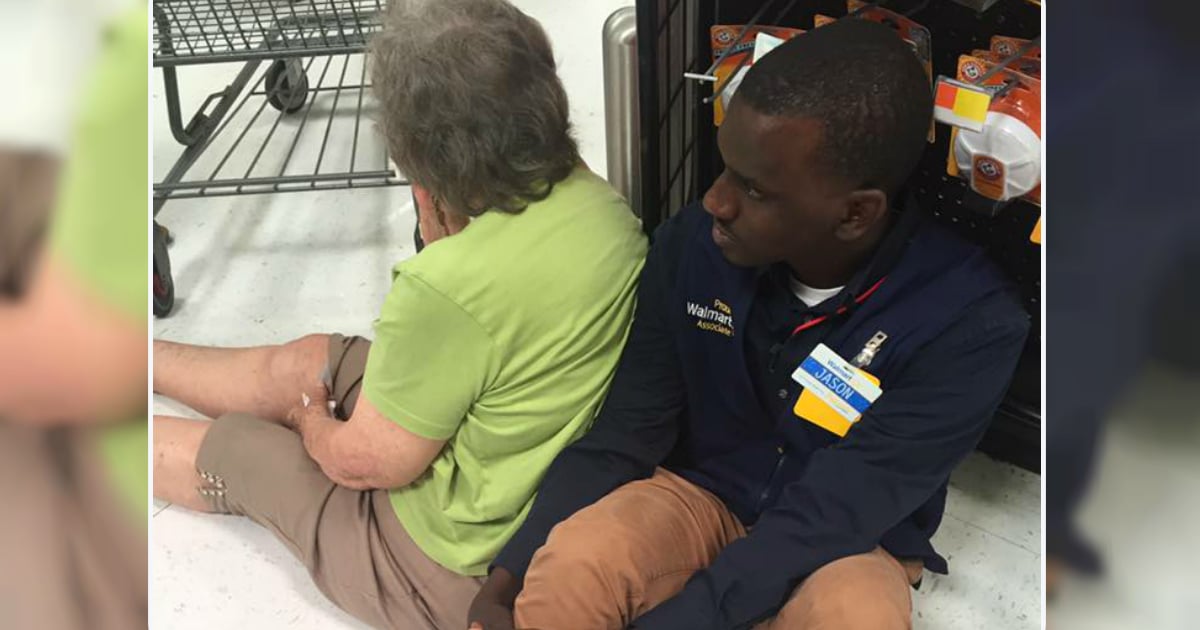 Emmy and Jake Coates share a beautiful, yet heartbreaking love story. The childhood sweethearts reunited and married after college. Sadly, though, Emmy was already dying. And on what would have been their 1 year wedding anniversary, Jake penned a lovely tribute to the woman he loved and lost.

Emmy first met Jake when she was 11 years old. The two had huge crushes on one another and soon became childhood sweethearts. But it wasn’t until they were 16 years old that they finally confessed their true feelings for each other. 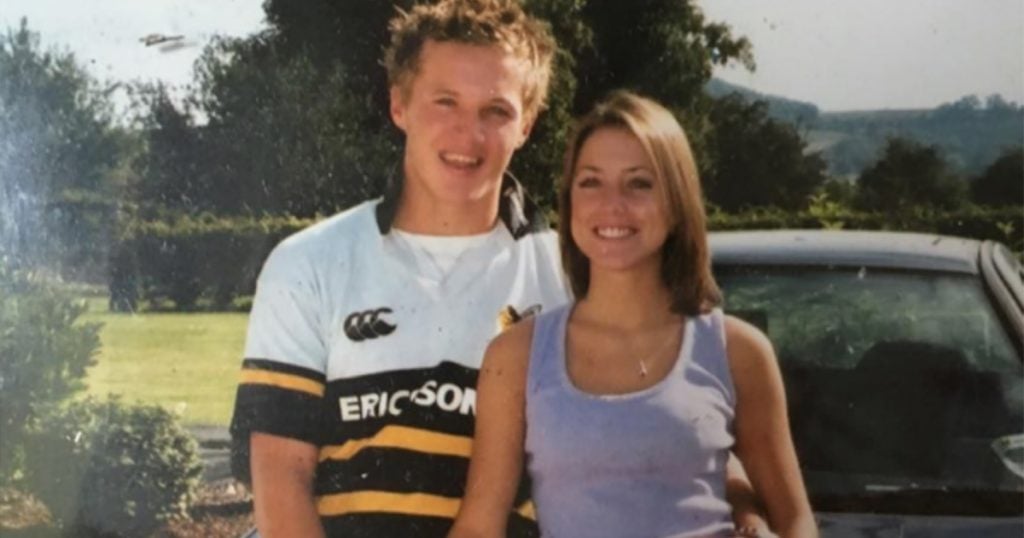 The couple dated for 3 years but went their separate ways in college. They remained best friends though and kept in touch over the years.

After 10 years though, Emmy and Jake realized there was more to their relationship than just friendship. At the time, Jake was living in Australia while Emmy was in London. But the two rekindled their relationship and used Facetime to connect in between trips to visit one another. The two started planning a life together back in the United Kingdom.

While the two were rekindling their romance, Emmy was experiencing some stomach problems. She kept seeing doctors, but they dismissed her symptoms as irritable bowel syndrome (IBS), the norovirus or stress.

Emmy felt sure something else was wrong, but couldn’t find a doctor who would take her symptoms seriously. She started wondering if she was just imagining things.

But then, on a trip to visit Jake in Australia, he noticed swelling in her lymph nodes. He insisted Emmy go back to the doctor and coached her on the things she should tell them. This time, doctors did a neck biopsy and diagnosed Emmy with medullary thyroid cancer.

RELATED: Man With Little Time Left Marries The Love Of His Life, Then Passes Away

The diagnosis was scary, but Emmy was relieved to at least finally know what she was dealing with. While doctors waited for some more tests to come back, Emmy insisted she and Jake moved forward with a vacation they’d planned to the Philippines.

“Despite the diagnosis, I remained positive, unaware the cancer had spread and was determined to go on holiday to the Philippines,” she wrote on the couple’s blog.

Little did she know, Jake was planning to propose on the trip. But the night before flying out, Emmy experienced severe chest pains.

Doctors said she should stay put. With the trip canceled, Jake surprised Emmy the next morning with a cup of tea and a marriage proposal! Naturally, she said yes.

As it turns out, Emmy had likely been battling the cancer for 2 years before her diagnosis. By now, CT scans showed it had spread into her spine, lungs, liver, and bones. As a result, Emmy’s cancer was incurable, and doctors estimated she had a 20% chance of living 5 more years. 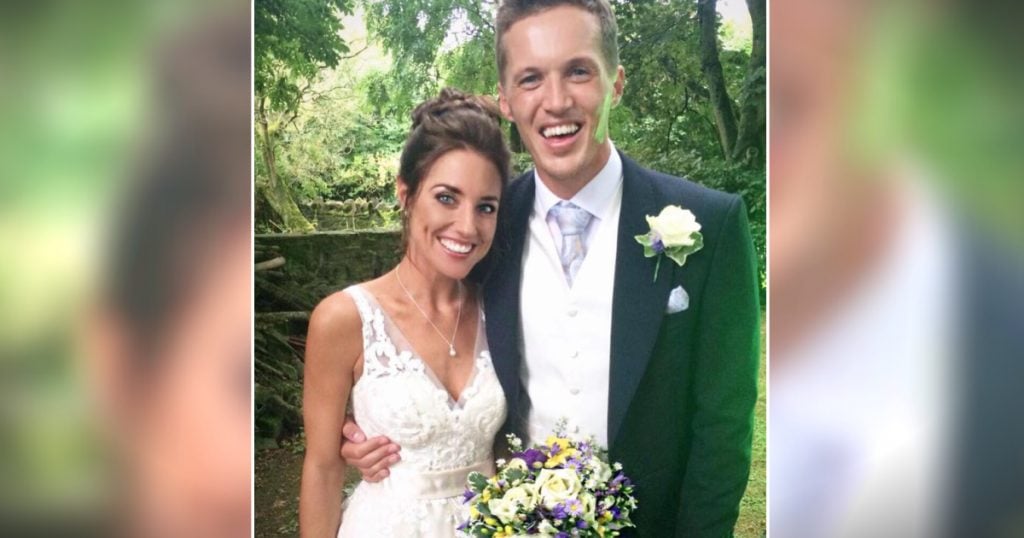 The news was devastating. But Emmy and Jake decided to make the most of the time left in their heartbreaking love story. The two married, and Jake remained by Emmy’s side through all of the ups and downs of cancer.

Due to the drugs used to treat Emmy’s cancer, doctors said she’d never be able to carry a baby.

“This news for me was almost more devastating than the actual diagnosis as being a mummy is all I have ever wanted,” Emmy wrote on the couple’s blog.

Emmy underwent a fertility treatment, where doctors harvested and saved 9 embryos for potential use with a surrogate in the future.

Emmy faced her disease with optimism and courage.

“Although all of this news has been a shock and challenging at times, it has also made me realise how important and precious every day is and to enjoy and treasure every moment,” she said. “Believe it or not I am happier than ever. Love truly is the best drug and I have been totally smothered in it. I am the luckiest lady in the world to be surrounded by so many sensational people. It is true that you never know what is around the corner, I feel so positive and so blessed and I have never had such a boost to live every day to the full…to smile, to love and to be kind.”

Jake filled Emmy’s final days with love and laughter. They adopted a fur-baby named Molly, wrote a children’s book together and raised money for cancer charities. But cancer finally got the better of Emmy 9 months into their marriage.

Jake talks about Emmy’s final moments in the beautiful tribute he wrote soon after her death:

“She was surrounded by all her family and was as comfortable as she could be,” Jake wrote on their blog. “The evening sun was still shining, the French doors were open, the birds were singing their evening song and three dogs and a very minxy Milly moo (Emmys and my beautiful 2 and a half year old niece) played and danced around her in a perfect blissful ignorance. It was exactly how Emmy would have wanted it to be.”

And despite the brevity of their heartbreaking love story, the support Jake has received just shows God at work even in the darkest times:

“Since Emmy passed away her family and I have been inundated with the most beautiful messages, emails, cards and letters of love, support and condolence,” Jake writes. “In the most desperate circumstance it has been truly heartwarming and I cannot begin to tell you how much of a wonderful comfort that it has been to us all. It is impossible for me to try and tell you all how grateful we are to every single one of you.”

The day that would have been the couple’s 1 year wedding anniversary was bittersweet. Of course, Jake was heartbroken Emmy wasn’t there with him to celebrate.

But there’s comfort in knowing she is healed and celebrating in Heaven. And while his time with Emmy feels too short, he treasures every second.

“What you gave to me in 20 months is more than I could ever even have dreamt of having in a thousand lifetimes,” Jake wrote in a blog post.

Jake gets messages on a regular basis from folks saying Emmy’s story helped them cope with their own or a loved one’s terminal diagnosis. She left behind a legacy to “love, smile and be kind.” And while Emmy and Jake share a heartbreaking love story, it’s a reminder to us all that it’s not about how much time we have, but rather how we spend it.

YOU MAY ALSO LIKE: Young Widow Chooses Love Over Fear With No Regrets

Please share this story to remind someone to make the most of their day!