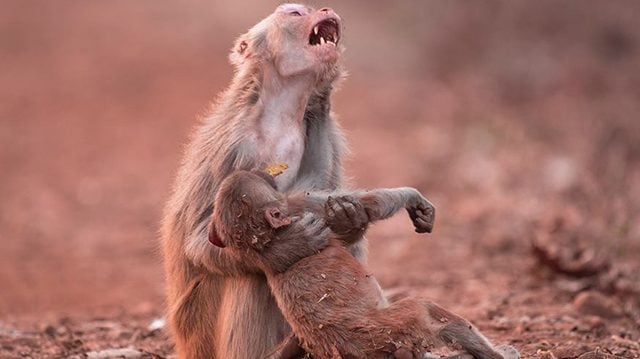 86-year-old widow Joyce Ackerley was gardening in the backyard of her home in England when a man violently attacked. He wanted her jewelry. But the would-be burglar got something else entirely in this heroic story about a dog saving his human!

Joyce Ackerly is a retired dressmaker who has lived in her peaceful, little home for more than 40 years. She’s mom to five kids, grandma to eight, and even great-grandma to seven!

She’s been a widow for more than a decade, so a few years back, Joyce adopted Axel — a beautiful cross between an Akita and a German Shepherd. She didn’t know it at the time, but it’s a decision that just may have just saved her life!

Heroic Story About A Dog Saving A Beloved Granny

At first, Joyce jokingly called Axel the “destroyer” because he seemed a bit aggressive. But after spending some time in her loving home, he quickly settled down. He became Joyce’s shadow, following her everywhere.

"Axel is a member of the family, he's usually a big softie and he even sleeps in my bedroom," Joyce says. 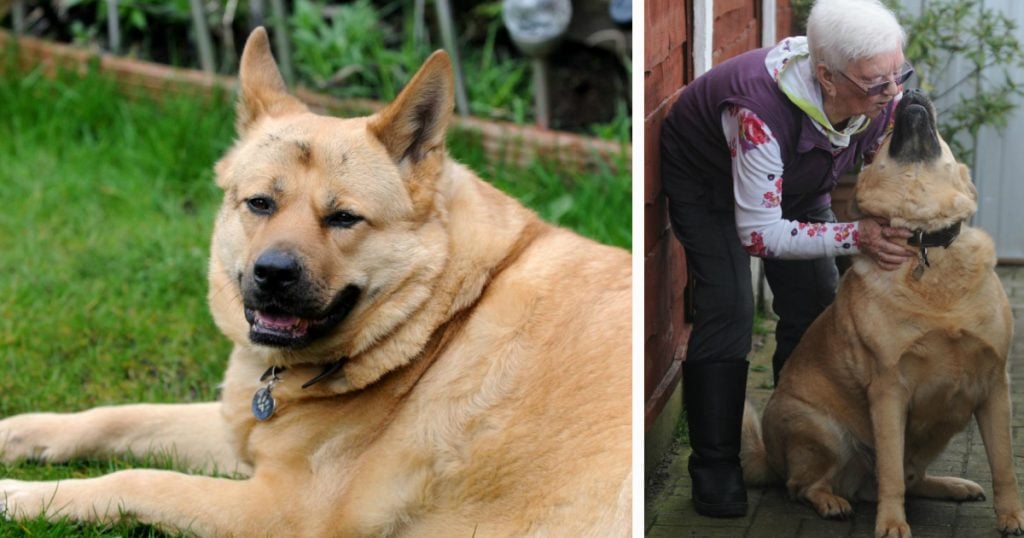 While out in the backyard one day, a man came to Joyce’s gate. As Joyce went to see what he wanted, the man barged in, hit her on the head with a stick, and violently knocked her to the ground.

The attacker yelled at Joyce to give him her jewelry, but Axel made sure he never got the chance to collect. The powerful dog lunged at the burglar, knocking him down and biting into his arm with his sharp teeth.

"Where I go, Axel goes. When the man grabbed me I must have screamed as he rushed straight up the garden and jumped at the man and knocked him to the floor,” Joyce recalled.

The thief managed to wiggle free and took off running. Axel chased after him for a bit, then returned to check on his beloved human.

"I've never seen Axel react like that before, normally he is as gentle as a lamb."

Joyce was sore and rattled, and has had some trouble with memory since hitting her head. But she realizes that, without her furry hero, things could have been much worse.

"What he did to me I don't want him to do to any other older person,” she says, “if Axel hadn't been there anything could have happened."

Heroic Story About A Dog Saving His Human Gets Shared

The police and paramedics came as soon as they were called. Appalled by what happened, the Greater Manchester Police Department is grateful Axel was there to protect Joyce.

"This lady was enjoying a spring afternoon in her garden when she was violently assaulted by a man who showed no concern when he struck the 86-year-old over the head,” said Detective Constable Steven Hughes. "She managed to escape without serious injury, but this incident could have been much worse if her dog hadn't stepped in and scared the offender away.”

While Axel had the burglar’s blood all around his mouth, he also drank some water after the attack. So, police aren’t able to pull DNA. But they are sharing a description of the robber, along with this heroic story about a dog saving his beloved human, in the hopes of catching Joyce’s attacker.

"Imagine if this was your mum or grandma,” the Detective says in his plea to the public. “Please, if you saw something that day that could help with our enquiries, share this with police as soon as you can.”

YOU MAY ALSO LIKE: Drowning Man Says A Prayer, Then God Responds In An Unexpected Way

Thank God Axel was by Joyce’s side. As is so often the case with rescue pets, we think we’re saving them, but they usually save us in more ways than one!

"Axel is very protective, even now, when I go to the bottom of the garden he comes with me and watches the gate all the time,” Joyce says. “I am very proud of him and grateful – he got spoiled afterward."