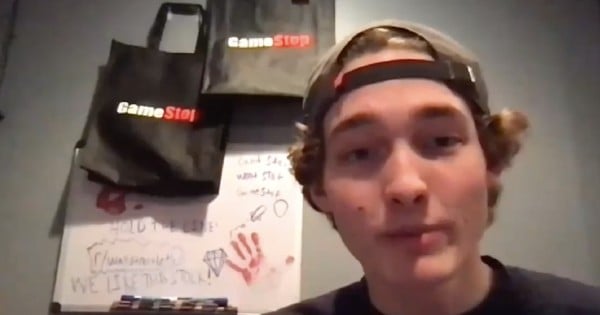 A high school principal started working an overnight job at Walmart that baffled the community until they learned why.

Most of us try to get as much sleep as possible. But people like Henry Darby don't mind losing a little shut-eye a good cause! This high school principal got a job working nights at Walmart but the money isn't for him.

RELATED: Wardrobe Worn By Alex Trebek On Jeopardy Is Going To Clothe The Homeless

Even though Henry already has two other jobs as a principal and councilman, he spends his "night owl" hours stocking shelves at Walmart. As soon as his shift ends, he grabs a cup of coffee as he heads into his high school. This principal loves his students!

We all know teachers and education professionals are overworked and underpaid. They aren't appreciated nearly as much as they should be for what they do for our children, but that's not why Henry started working nights at Walmart. Instead, he started working three nights a week in order to ensure the needs of his lower-income students are met.

Henry knows many of the students in his school live at the poverty level and below. He commented, "I decided to get another job because the kids, they really need help."

But this isn't anything new to this hardworking community man. Ever since he was a teenager, Henry has worked more than one job at a time, sometimes up to three. Talk about a strong work ethic!

"Because of my work ethic, this is nothing new to me," He said. "This is just a part of my lifestyle." But he continues to work nights because he knows the kids at his school need him. A large percentage of the students attending his school live in poverty.

Henry has taken on a whole new meaning of caring for the poor. And he's taken it one step further like Jesus commanded in order to give his wealth to the needy and the poor. It's people like Henry who make a way for the least of us. How incredible is this!

When his community found out what Henry was doing, they wanted to help out. Strangers, friends, and coworkers helped raise thousands of dollars to help Henry with his efforts including Walmart which donated $50,000. Praise God for men like Henry Darby!

YOU MAY ALSO LIKE: Neighbor Hears Desperate Father Yell ‘Save My Kids' During Fort Worth Fire

"If among you, one of your brothers should become poor, in any of your towns within your land that the Lord your God is giving you, you shall not harden your heart or shut your hand against your poor brother, but you shall open your hand to him and lend him sufficient for his need, whatever it may be…For the poor you will always have with you in the land. Therefore I command you, ‘You shall open wide your hand to your brother, to the needy and to the poor, in your land.'” Deuteronomy 15:7-11