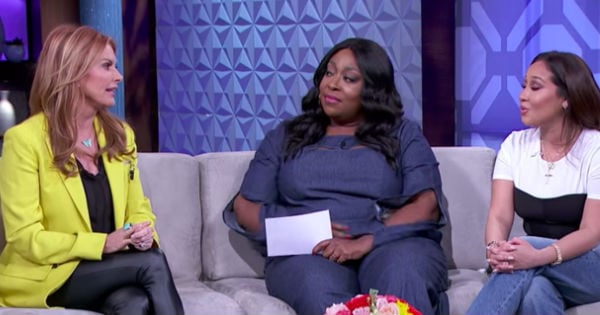 Following his death, the Alex Trebek wardrobe from Jeopardy is helping a cause near and dear to the late host’s heart. Hundreds of the game show host’s clothing items will give the homeless a chance to “dress for success” as they interview for jobs.

For so many, tuning in for the popular trivia game show, Jeopardy, has been a nightly routine for as long as they can remember. And as the esteemed host since 1984, Alex Trebek became synonymous with the show.

RELATED: Alex Trebek Dies At Age 80 After A Brave Battle With Pancreatic Cancer

Sadly though, on November 8, 2020, Alex Trebek died from pancreatic cancer at the age of 80. But the staff at Jeopardy teamed up with Alex’s family to honor one of the late host’s final requests.

A Heart For The Suffering

With all of his fame and success, Alex’s sole focus could have easily been taking care of his wife of 30 years, Jean Trebek, and their children, Matthew and Emily.

But that simply wasn’t the kind of man Alex Trebek was. The Christian celebrity was devoted to finding ways to bless others with his gifts.

Alex Trebek and his wife were especially passionate about serving the homeless. They spent years donating to homeless shelters in their community and encouraging others to do the same.

So, after the beloved Jeopardy host passed away, his family wanted to honor his legacy of service. And the host’s son, Matthew Trebek, used Alex Trebek’s wardrobe to do just that!

A New Purpose For The Alex Trebek Wardrobe

Like his dad, Matthew Trebek has a passion for helping the homeless. He’s been a long-time supporter of the Doe Fund. The Doe Fund is a nonprofit organization providing “paid work, housing, and training to underserved Americans with histories of addiction, homelessness, and incarceration.”

After his father’s death, Matthew gave the Doe Foundation hundreds of items from the Alex Trebek wardrobe.

Giving his wardrobe this new purpose was the perfect way to honor Alex Trebek. And all who knew the Jeopardy host knew he’d be so proud of his son’s gift.

The garments were packed by Matthew Trebek, Alex’s son who has been a supporter of the Doe Fund, and Steven Zimbelman, Jeopardy!’s costumer. The clothes will be distributed to participants in The Doe Fund's reentry program, “Ready, Willing and Able” to be worn on job interviews. pic.twitter.com/o9BdjjPcze

"During his last day on set, Alex extolled the virtues of everyone opening up their hands and their hearts to those who are suffering," explained the Executive Producer of Jeopardy, Mike Richards. "Donating his wardrobe to those who are working to rebuild their lives is the perfect way to begin to honor that last request."

When Harriet McDonald, President of The Doe Fund, heard of the Trebek family’s generosity, it left her in awe. She’d recently lost her husband and the gift from above helped brighten a dark time.

“When we heard about this donation, and Alex had passed, and my husband was already not well, it just was like God was smiling,” she said.

Jeopardy! and Alex’s family have donated a large portion of our late host’s wardrobe to @TheDoeFund, an organization that provides paid work, housing, and training to underserved Americans with histories of addiction, homelessness, and incarceration.https://t.co/BEKqzlQ5Xn pic.twitter.com/0CxoEEpxzA

What a beautiful tribute! Alex Trebek truly left behind a legacy of serving the less fortunate.