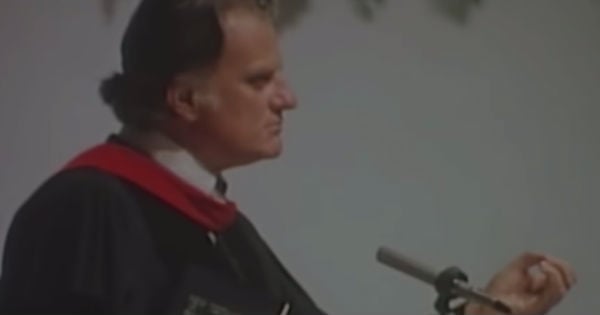 In Alliance, Ohio, the miraculous happened. Police officers successfully executed a human chain rescue to save a woman in a sinking car.

The accident began when an unnamed 24-year-old woman fell asleep behind the wheel of her Dodge minivan. A 911 call was placed that sent police officers to the scene where the human chain rescue happened.

RELATED: 4-Year-Old Spends 6 Hours Stuck In A Well But His Rescue Is A Miracle

The full incident was recorded on one of the officer's bodycams.

The woman was on the phone as the officer closest to her used a tool to break the window. The officers too had to keep their calm while performing the rescue. In the video we can see that the woman's vehicle was very submerged in the murky water.

The car had sunk so deeply that she was rescued from the backseat.

Lieutenant Dave Bair shared, "She had just gotten off work and fell asleep. I believe she lives in Sebring. Her car was almost full of water when the officers pulled her out of the river. They communicated well and got her out of the vehicle. If these officers had been late by 30 seconds, I don't know if she would be here."

The woman was ultimately taken to the hospital to treat minor injuries.

"She had some facial injuries. She did go to the hospital, she was treated and released. You can die pretty quickly in cold water by hypothermia. That water is 40 degrees right now."

The officers who responded to the call that Sunday night were Christian Tussey, Shane Tallman, Joe Amabeli, Chris McCord and Lee Rose.

YOU MAY ALSO LIKE: Man Desperately Clings To The Side Of Capsized Boat For 2 Days And Then Rescue Comes

Thank God that this woman did not sustain serious injuries and that these officers were present to assist her. This is a great reminder that rest is important for all of us.