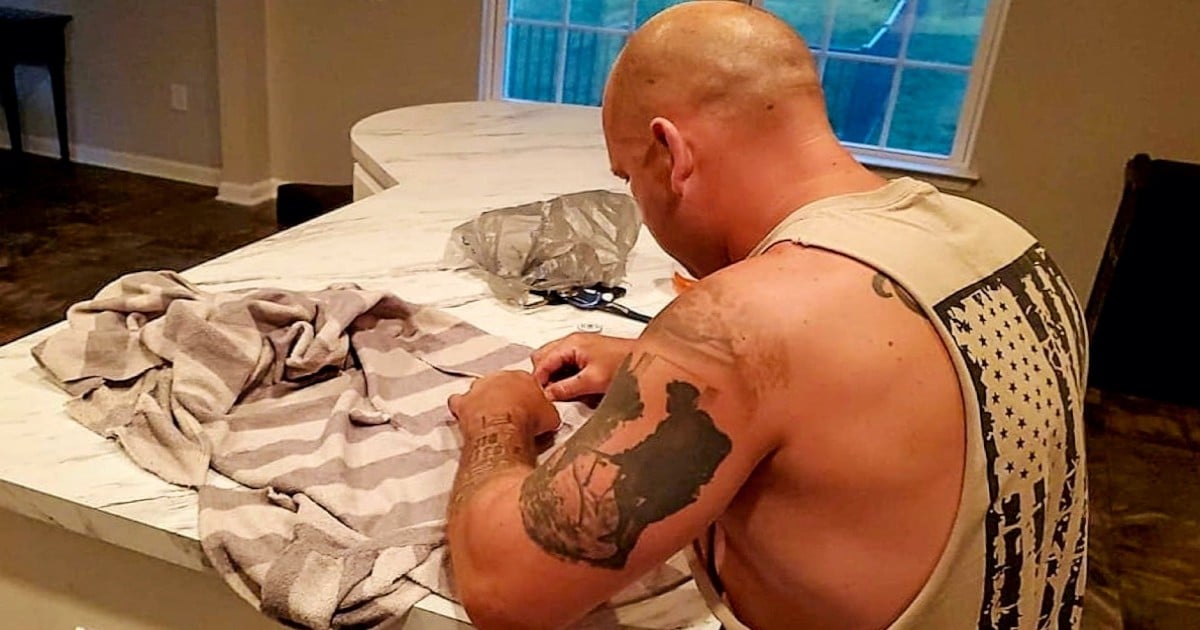 We each have skills for things that we're good at and attributes that make us special. And when God is able to use those things, even the seemingly small ones, in big ways, it is truly a beautiful thing. For one hairstylist, this was one of those times. A simple haircut she provided, probably one of many she gave just that very day, made a world of difference in someone's life in ways she never imagined.

There are people who come into our lives for reasons that could only have been foreseen by God. They have an impact on us so great it changes our lives forever. And you never know when He may put someone in your path that you are uniquely in a position to help.

RELATED: Wife's Photo Of Husband Sewing Goes Viral For All The Right Reasons

For Sara Verkuilen, a hairstylist in Lake Beach, Illinois, that fateful day came the instant an older couple walked through the doors at the salon where she worked. "I don't think I had ever done their hair before," Sara explained. "They were walk-ins."

Sara noted that even though she didn't know them, it was obvious to her that the older couple was very happy. "They were cute together," the hairstylist noted. She went on to add, "He was so sweet with her and obviously very in love."

The couple left, and Sara didn't think anything more about it. Until one day when she received a letter in the mail.

This is why I love what I do. Thank you for this letter. 😭❤ #hairstylist #lovewhatyoudo

She didn't know who the letter was from, but in it, the writer explained that he and his wife came in last winter around Christmas time. Sara thought back to that time of year, and it didn't immediately ring a bell.

The letter said, "My wife was suffering from dementia, and you treated her as if you’d been working with dementia patients all your life." The letter writer then went on to say, "You let us sit next to each other, and when it came time for her cut, you turned her chair towards me so I could watch her expression as you cut her hair."

The man explained his wife's condition, and how it impacted them. And then he shared that sadly, his wife had died in March.

And he shared that the experience of that simple haircut was one of the last, best moments of her life. The stylist had made his wife feel so pretty. His beloved had visited the mirror in her bathroom several times during the day and would come out beaming.

"Looking back, it was likely dozens of haircuts you gave that day. But one which revitalized a woman’s sense of self and her singular beauty. I hope you always realize the power of your profession. It’s so easy to take things like that for granted," the man shared.

YOU MAY ALSO LIKE: 6 Words Kept Tripping Him Up And Funny Outtakes from Local TV Ad Reveal Wife's Hilarious Reaction

He signed the letter anonymously as "the grateful customer." This just goes to show that God can use any of us at any time. It is also an important reminder that in any task we take on, we should take pride and do it well. Because who knows who we may be helping or the impact we may be making.

Whatever you do, work at it with all your heart, as working for the Lord, not for human masters, since you know that you will receive an inheritance from the Lord as a reward. It is the Lord Christ you are serving. – Colossians 3:23-24 (NIV)