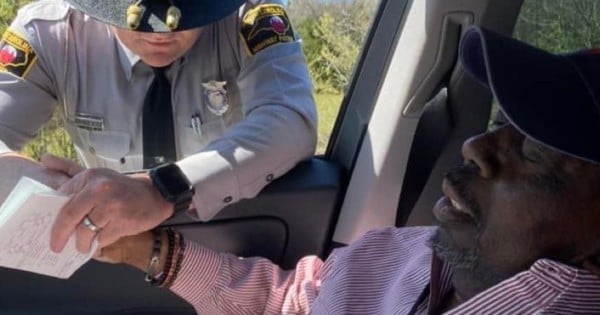 Here in America, the expression "Southern Hospitality" is very familiar, but to a man in Pakistan-not so much perhaps! However, that may have changed for Mr. Shahzeb Anwer, who found himself halfway across the world in the city of Birmingham, Alabama!

Diagnosed with hyperparathyroidism, 31-year-old Shahzeb had grown weary of battling kidney stones, which are one consequence of his disease. He'd been getting kidney stones once or twice every year since he was 18. In addition, the man in Pakistan dealt with digestive issues and skin concerns related to his condition.

RELATED: 81-Year-Old Hermit Won't Go Back After Decades Alone in Woods Because of Kindness of Strangers

Shahzeb learned that the only way to correct his medical problem was by having surgery. But limited technological developments in Pakistan meant that the necessary procedure was not possible or available in his home country.

Man In Pakistan Travels To U.S. For Surgery

Shahzeb researched several locations, but countries that might have been closer had pandemic-related travel restrictions that complicated matters. In the end, Shahzeb found his best and most affordable option at UAB (University of Alabama at Birmingham) Hospital.

In preparation for his travel to the United States, Shahzeb did more research through Reddit. A smart man makes a trip of this kind count! The man in Pakistan wanted to find out first how to dress in Birmingham, Alabama, U.S.A., after all!

After posting to Reddit, Shahzeb quickly received many responses from Birminghamers. They made recommendations, encouraged him regarding his upcoming medical and literal journey, and offered to help facilitate and organize transportation once he arrived. Shahzeb was amazed by the outpouring of support and hospitality!

Andrew Harris was abundantly helpful to Shahzeb, providing rides as needed and also showing Shahzeb the city, its culinary delights, and its sights. Though Shahzeb tried to pay his host and informal tour guide, Andrew would have nothing of it. He was enjoying it as much as Shahzeb, excited to make a new South Asian friend and to have the opportunity to show what a great city Birmingham truly is!

After a successful surgery, it was time for Shahzeb to return home. The man had a fiance in Pakistan and a wedding to get back for. Andrew was sad to see Shahzeb go, and Shahzeb found it hard to say farewell to the city he'd come to love.

RELATED: Young Woman Worked Hard To Overcome Tragic Past And Now She's Getting Her Dream Wedding

So, once home, Shahzeb decided to invite a few more to his wedding. He extended an invitation on Reddit not just to his friend Andrew, but to all of the folks that he'd connected with on the Reddit thread and any guests from the city of Birmingham that they'd like to bring along. That's risky business!

As his wedding ceremonies got underway, Shahzeb posted updates. Pakistani weddings typically consist of at least three days of activities. Well wishes and congratulatory messages poured in from those who'd gotten to know Shahzeb and his story!

It turns out that Birmingham is sometimes called the "Magic City." The reason for this nickname is that during the late 1800s and into the early 1900s, the city grew to an unexplainable and unlikely degree. Scientists have explained that the growth wasn't actually magic, but a set of geological events and circumstances that caused the location to be so rich in resources that people couldn't resist the opportunities the city presented.

Is it really magic? Is it really science? Maybe, people of the late Victorian era knew something far more important. Maybe they knew just what a welcoming and friendly place Birmingham and its citizens really were-and are!

YOU MAY ALSO LIKE: Man Sold His Home To Send Granddaughter To School So Strangers Step In