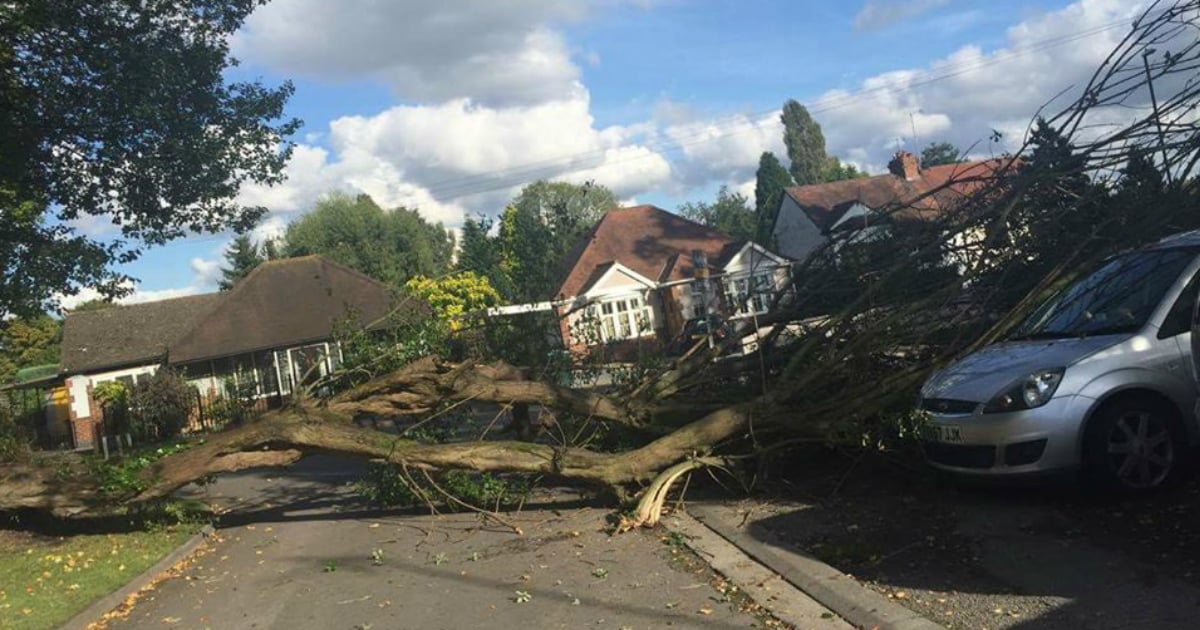 Greg Osborne of Georgia is all smiles as he reunites in the Dollar General parking lot with those who helped save his life. But when an accident left him pinned under a tractor, unable to breathe, no one knew if the man would ever smile again. Friends and strangers desperately tried to free him, but the tractor was just too heavy. That is, until God sent a miracle!

Greg sports a slew of staples in the back of his head from that fateful day. But he can’t really remember much from the accident.

"It's probably a blessing you don't remember," his lifelong pal, Ricky Hix, says.

But those who helped free Greg remember plenty. 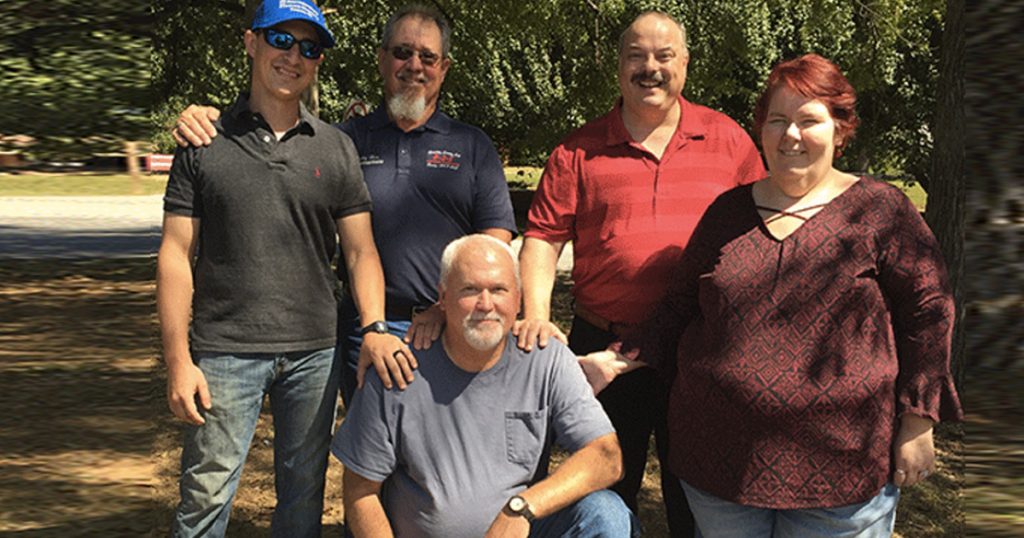 Ricky was with Greg when the accident occurred. After finishing up some farming, Greg pulled onto the road in his 2003 John Deere tractor, with Ricky riding beside him. That’s when an impatient teenage driver came racing down the street, slamming into the tractor.

The accident ripped the John Deere tractor slam in half and threw Greg under the front bucket. He was face down, unable to breathe and pinned under a tractor too heavy to move without heavy machinery.

His terrified friend feared the worst but refused to give up. Ricky desperately tried to move the tractor. When that didn’t work, he tried to get his friend free enough to be able to breathe. But it just wasn’t possible.

"I ain't no weakling, but I ain't no Superman," Ricky said. "But I was doing my praying too. But the first thing, I tried right off the bat to move it. And I couldn't."

Strangers Join In The Rescue Efforts

James Lowe and his wife Melissa were on their way home after running errands when they saw smoke from the accident. They pulled over, and while Melissa sat on the phone with 911, James went to try and help Ricky.

"I tried to lift the bucket up first and I couldn't lift it up," he said. "I felt it was heavy. And I went to the side of the tractor three different times trying to lift it.”

Word of the accident traveled fast. Several neighbors scrambled to go get their tractors so they could try to lift Greg’s John Deere. Firsts responders, police and fireman were on their way to the scene. But as James approached the man pinned under the tractor, he knew it would be too late by the time they arrived.

Ricky heard the terrible sound, too. And both men knew exactly what it was.

"It was a gurgle of death," said Ricky. "It's the sound you hear when someone is dying."

But neither he nor James was about to give up.

James repeated the statement, still with no response from Greg. James knew they were just about out of time, so he desperately got up and started pushing again. And that’s when God answered their prayers.

“About the fifth time I pushed and I felt it move and I hollered to him (Ricky) drag him. And he grabbed him by the legs and dragged him out from under there," James said.

No one could believe it! With Greg free from the weight of the tractor, everyone focused on getting him out of harm’s way. But then the realization of what they’d witnessed began settling in. 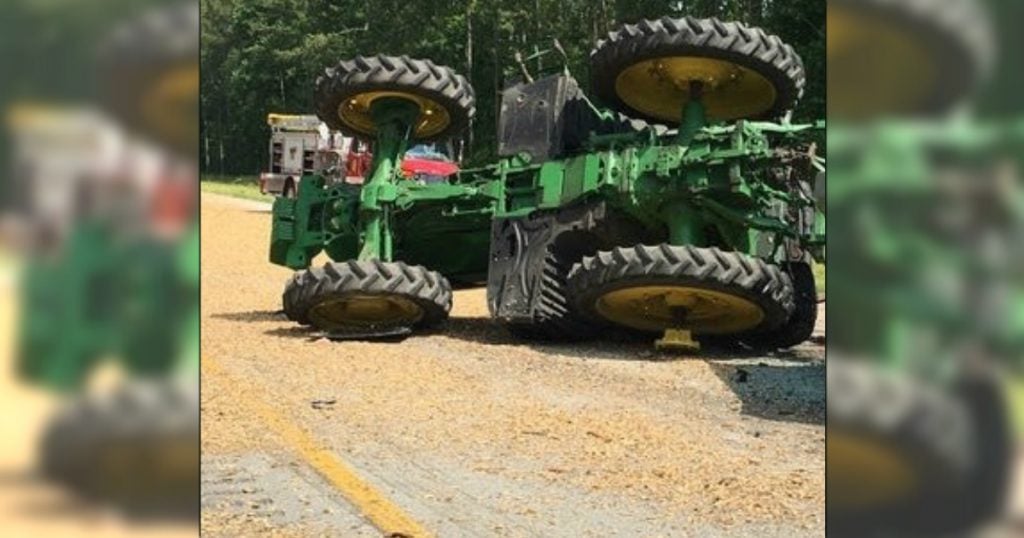 "It's God," James said. "I know trying to lift that bucket, I couldn't move it. And I tried to lift that tractor three different times. That dead weight.”

“I got down there and was praying with him and when I got back up, I felt that tractor move,” James recalled. “I knew right there that was God. Because if I had done in the first time, second time, third time, fourth time. I would have thought it was me. But that fifth time. I knew that was God. That was the Lord God. I remember feeling that weight. And I knew I couldn't lift it. That was the Lord God."

The memory of that day will stick with James forever. He says he can still see Greg’s son showing up, pleading over his father’s body "don't die on me, daddy." But he also remembers the presence of our Heavenly Father at the scene.

"I've been thinking about it ever since it happened," James said. "In all that chaos, there was peace. The Lord God was with us."

Greg suffered a serious concussion and is battling through headaches and dizziness. But he’s making good progress and is just happy to be alive.

"I'm just very thankful," Greg said. "It's a miracle. I appreciate it."

And Greg’s not the only one who’s grateful. As the crew reunited in a Dollar General parking lot, James was so glad to see Greg up and moving around, rather than pinned under a tractor.

"I'm amazed to see him come driving in," said James Lowe. "I was amazed to talk on the phone with him."

And all who were there that day agree they witnessed a miracle. Ricky remembers how difficult it was to drag the 160-pound dummies for fire department tests. To watch James push the same tractor both men had repeatedly tried to move was clearly work from above.

"The good Lord had his hand on that whole thing," he said. "You can talk about the past couple of weeks the tornados and earthquakes and I've heard people saying those are acts of God, but to me, those are not acts of God, those are Satan walking around, but the other night that was an act of God. We had help getting him out from under that tractor. Nobody can convince me otherwise."

YOU MAY ALSO LIKE: Angels Gave Little Boy Strength To Save Dad From Being Crushed By Car