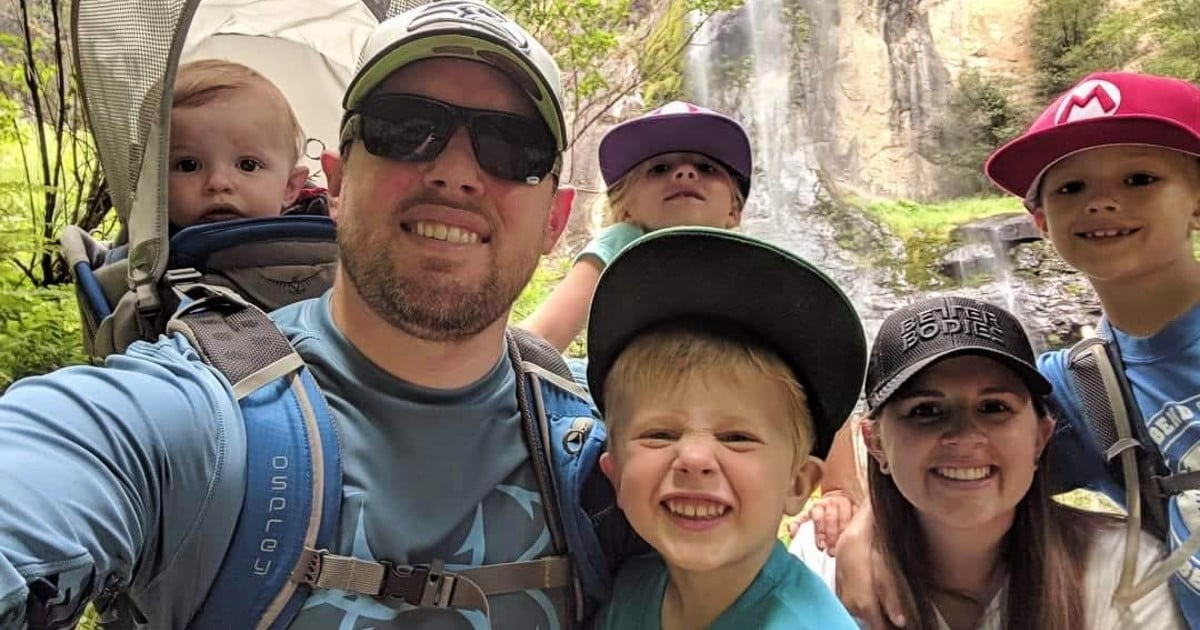 Mom-Of-4 Lost Sister, Then Her Husband A Day Later, But Says God Carried Her Through It All
Read Article »

Husband, Grayson Rogers, writes a beautiful tribute to his military wife after she inspired him with her faith and perseverance.

That's what Kayla's husband Grayson Rogers did after she received a cancer diagnosis. But he also did something no one expected! This husband penned a beautiful tribute after his military wife inspired him with her fighting spirit and faith in God. It will make you smile, possibly cry, and praise God all at once.

Kayla’s cancer diagnosis came at the same time she was in the Navy serving her country. And Grayson did his best to support his military wife during this difficult time.

"There's not many words you can say in that kind of situation to make it better or comfort someone. So, I made it a point to just be there for whatever she needed from me," Grayson said.

His wife Kayla found a lump in her breast. When she went to see her doctor, she learned she had cancer.

"The day that I was diagnosed I kind of went into this tunnel vision. I just said OK, I am numb right now. They tell you that you have cancer and then you have to wait three weeks to see the doctor," she said.

Kayla then had several surgeries, including a double mastectomy, and underwent chemotherapy treatments. But she never lost sight of her goal to be a Chief Petty Officer of the Navy thanks to her husband's unwavering support.

Just before she went into surgery, her husband wrote these words in a song for his wife. "We go higher, like survivors, we're fighters."

Being a writer he said, "We wanted it to be an anthem for people going through anything tough in their life. It's been really great to see the reaction of the song and the video from other breast cancer survivors"' he said. His words became her anthem as she continued her chemotherapy treatments and then head to the gym to stay strong for her job.

"I was really, really sick. But I would say, ‘I'm going to go a little bit longer and a little bit faster.' That's where the words to "Fighters" was really my anthem because those are the words in the bridge. I wanted to just push myself and focus on that one positive thing. That is a game-changer," she commented.

Through it all, Grayson was by her side. He even shaved his head when she began losing her hair. His love gave her the encouragement she needed to keep fighting.

The support from her husband must have felt like an incredible blessing. But Kayla inspired Grayson by how she so fully trusted in her Heavenly Father through it all. She put every single detail into the Lord’s hands, right down to testing for her Chief Petty Officer role.

“I prayed my way through the exam so it's all in God's hands,” she told her husband when he asked how things went.

Then the day came when Kayla learned she was being promoted. Her husband took to Facebook to write a beautiful letter to his wife.

He wrote, "This year has been a tough one on her, but she never stopped fighting. She always relied on her faith — she never gave up. She is a true FIGHTER. Congratulations, Chief Select. I'm proud of you and I love you!"

YOU MAY ALSO LIKE: Man Who Lost His Wife Of 32 Years Cautions Other Husbands: ‘Regret Is An Awful Thing'

Who else is cheering on this couple? I know I am.

LISTEN:Singer Brad Paisley Shares Why His Wife is ‘My Miracle’ In this Story Behind the Song