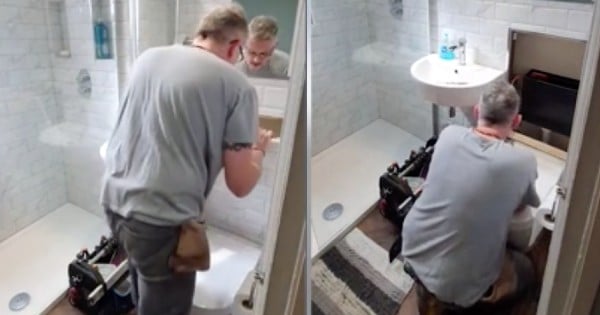 During the finale of America's Got Talent, Nightbirde's message of faith shows us that her faith is unwavering, even in one of her darkest moments.

Jane Marczewski, also known as Nightbirde, won the Golden Buzzer from Simon Cowell during this season's auditions for AGT. She immediately won people over with her incredible voice and courage in the face of fighting cancer. But the talented singer had to step down from the competition early in order to focus on her health.

RELATED: Singer With Cancer Leaves Everyone In Stunned Silence And So Simon Hits Golden Buzzer

“As you know, my Golden Buzzer, tonight, couldn’t perform. But I did speak to her today,” Simon Cowell shared during the AGT finale. "We are missing Jane tonight, I spoke to her earlier on. The great news is she’s doing better! I know she would have been here at the finals and we’re all sending you, Jane, our love. We miss you. Just get better. We love you.”

Nightbirde shared on her Instagram about hard it is to not be in the finals of AGT, and her faith in the midst of this storm is inspiring.

“I bet you never saw someone win so hard and lose so hard at the same time. This isn't how the story was supposed to go. I spend a lot of time squeezing my eyes shut and trying to remember what I believe; counting my breaths in the grief cloud; burying my face into God's t-shirt,” the singer wrote on her Instagram page.

“I remind Him sometimes, (and not kindly) that I believed Him when He told me the story He wrote for me is good, and that He never stops thinking of me,” she added. “I must be a fool in love, because even from under all this debris, I still believe Him. And when I'm too angry to ask Him to sit on my bed until I fall asleep, He still stays.”

Nightbirde Message Of Faith Is Raw And Real After AGT Finale

The Instagram caption was paired with a video that Jane took of star balloons floating in the sky over the ocean.

She continued: “Someone released a fist full of wishing stars at sunset (STAR BALLOONS?! I mean WHAT!!) and yes, I sure did wish on every one,” she wrote. “Here we are, you and I, signing off on the risk of REBELLIOUSLY HOPING for better days. Let us not be blind to our own glory. I'm raging and crying and hoping with everyone who needs to rage and cry and hope tonight. Also wishing on helium balloons.”

What a beautiful thing that is – to share with the world your grief and hope and to inspire others in the process.

Simon Cowell also shared that he believes Nightbirde could have made it all the way through the competition if she was still on the show.

“Would she have won tonight? I think she probably would, actually,” Simon said. “And I think she knows that deep down. Having said that, she knows she made the right decision.”

YOU MAY ALSO LIKE: Nightbirde Leaves AGT After Sharing Heartbreaking Update And It Has Simon In Tears

May God continue to be with Nightbirde as she goes through this journey of fighting cancer. May she feel His peace and also continue to hold onto hope as she chases her dreams.