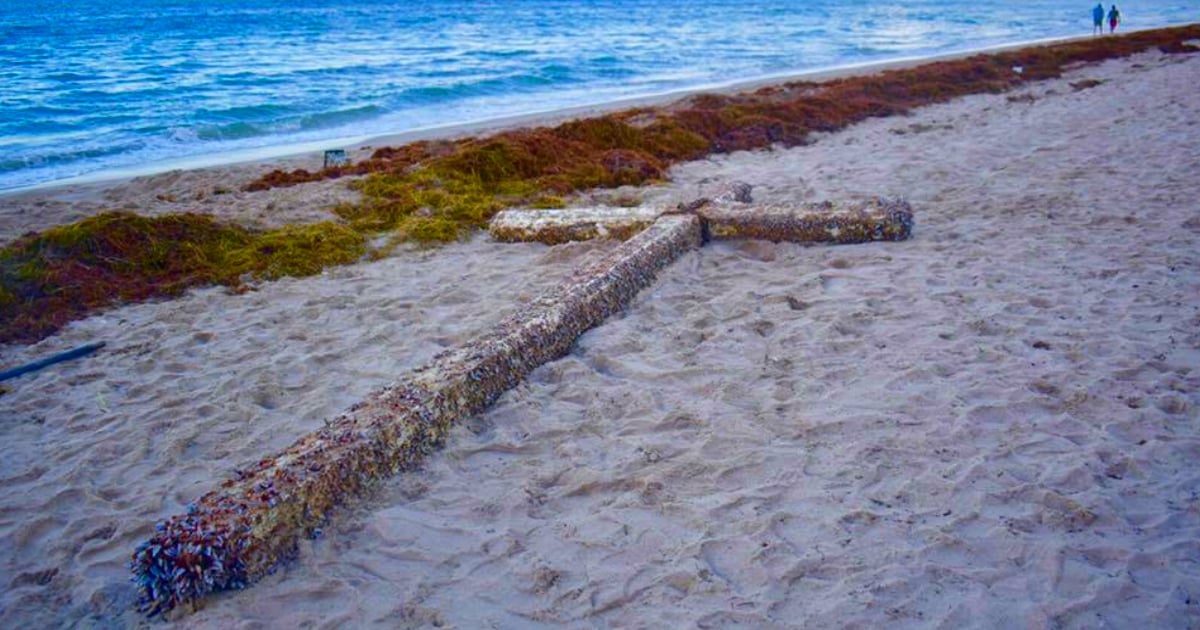 The story of Noah’s ark is one of the most beloved Bible stories ever told. Children are taught about Noah in Sunday school from a very young age because the morals taught in it are very easy to understand. But there’s a lot more to this important historical event! Here are 12+ Noah’s ark Bible story questions for kids (and adults!) with answers!

From children’s books to ark-themed nursery decor, many of us learn the story about Noah’s ark from a very young age. But many questions remain about this historical event that was documented in The Bible. Here are answers to many of those Bible story questions!

What is the summary story of Noah’s ark?

The story is about a man in the Bible named Noah, who listened to God’s warnings of a great flood intended to destroy the wicked sinners on earth. Noah built the ark and prepared for the flood, saving his own family and at least one pair of each kind of animal.

The story of the ark is told in the Old Testament in Genesis chapters 6 – 9.

Noah is also referenced in Hebrews 11:7.

By faith Noah, being warned of God of things not seen as yet, moved with fear, prepared an ark to the saving of his house; by the which he condemned the world, and became heir of the righteousness which is by faith.

How big was the ark?

According to the Bible, the ark was 300 cubits long, 50 cubits wide and 30 cubits high.

Genesis 6:15-16 15 This is how you are to build it: The ark is to be three hundred cubits long, fifty cubits wide and thirty cubits high.16 Make a roof for it, leaving below the roof an opening one cubit high all around. Put a door in the side of the ark and make lower, middle and upper decks.

How big is a cubit?

A cubit was an ancient unit of measurement describing the length from the elbow to the tip of the middle finger. A cubit equates to roughly 1.5 feet.

How does the ark compare to the Titanic?

What does the rainbow mean?

God tells us that he put a rainbow in the clouds as a sign of His promise letting us know that He would not destroy the earth again.

Genesis 9:13 I set my rainbow in the cloud, and it will be for a sign of a covenant between me and the earth.

How many animals did Noah bring on the ark?

The Bible indicates that Noah brought on board at least two of every ‘kind’ of land-dwelling animal and bird, which is more like the ‘familly’ classification than the ‘species’. Using scientific numbers of the totals of land and air animals, Noah would have cared for up to 7,000 animals.

How long did it take Noah to build the ark?

This is mostly unknown. God warned that the flood was coming in 120 years, but He didn’t instruct Noah to build the ark at this time.

Genesis 6:3 And the Lord said, “My Spirit shall not strive with man forever, for he is indeed flesh; yet his days shall be one hundred and twenty years.”

Also, God told Noah that he would take his wife, his three sons and their wives on board with him. Noah was 500 years old when he had his first son was born and was 600 when the floodwaters came. Giving each son time to grow to adulthood and marry, some estimate that Noah worked on building the ark for 50-75 years. (But God sent all the animals to Noah, so it only took Noah a week to load them onto the ark!)

YOU MAY LIKE: 10 Things the Bible Says about Believers Going to Heaven

Noah’s Ark Bible Story Questions – How many people were on the Ark? Who was on the ark?

There were 8 people on the ark. Noah, his wife, their three sons Shem, Ham and Japeth, and the son’s wives.

Genesis 7:13 On the very same day Noah and his sons, Shem and Ham and Japheth, and Noah's wife and the three wives of his sons with them entered the ark 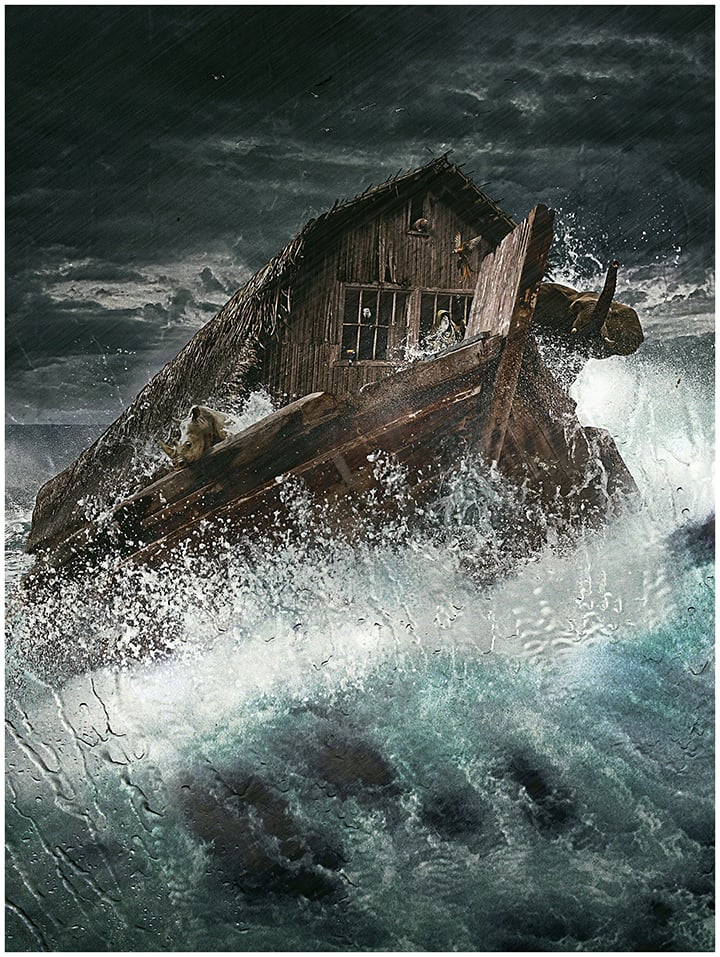 How long did the flood last that kept Noah’s family on the ark?

It rained for 40 days and 40 nights, and the family was on the ark for a little over one year. After the rains covered the earth, it took months for the flood waters to recede. The floods began their destruction when Noah was 600 years old, and he disembarked when he was 601.

Where did the ark land?

Seven months after the family boarded the ark, it finally came to rest on Mount Ararat in eastern Turkey.

Genesis 8 :4 And the ark rested in the seventh month, on the seventeenth day of the month, upon the mountains of Ararat.

Where is the ark today?

Many believe the exact location of the ark today remains unknown. National Geographic reported in 2010 that a team of evangelical Christian explorers believed they’d found the remains on Mount Ararat.

Biologist and creationist Todd Wood believes the carbon dating shows their discovery isn’t old enough to have been the ark. He offerers a different theory as to why he believes the ark will never be found.

He believes Noah’s ark will never be found, because after the flood, it would’ve been prime building materials! “If you just got off the ark, and there’s no trees, what are you going to build your house out of? You’ve got a huge boat made of wood, so let’s use that. So I think it got torn apart and scavenged for building material basically.”

GodUpdates shared a story about the most recent discovery about where the ark is believed to be today. 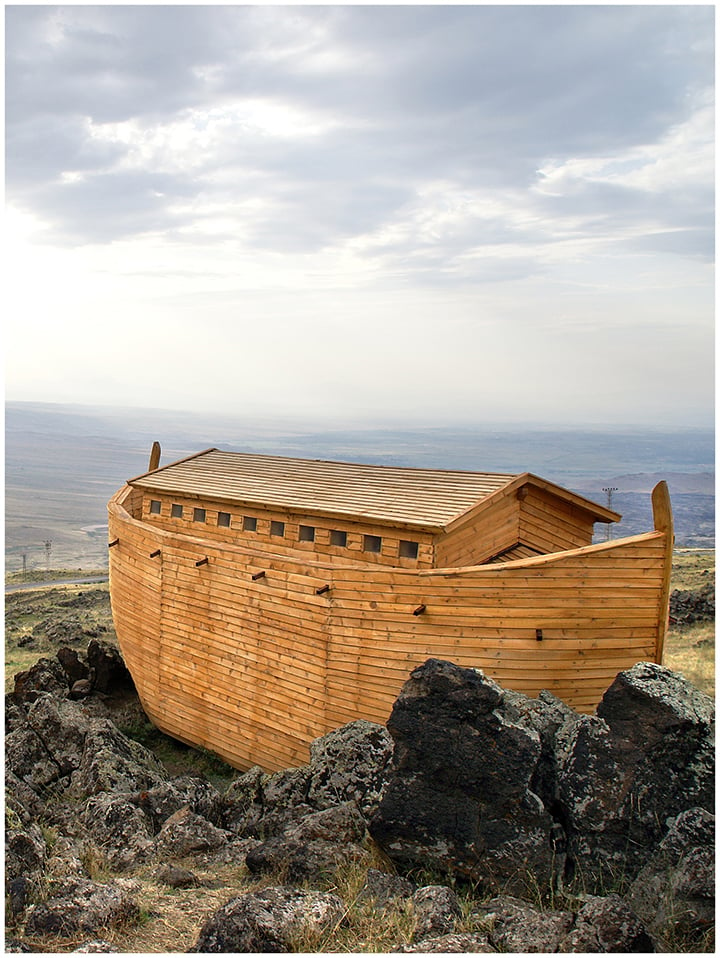 What was the ark made of?

According to the King James translation of the Bible, God instructed Noah to make the ark from gopher wood.

Make thee an ark of gopher wood; rooms shalt thou make in the ark, and shalt pitch it within and without with pitch. Genesis 6:14 KJV

Other translations call the wood cypress.

Build a large boat from cypress wood and waterproof it with tar, inside and out. Then construct decks and stalls throughout its interior. NLT

The term used to describe the ‘gopher wood’ was used only once in the Bible, and it is not known to which tree the Bible references.

What is the Ark Encounter?

Ark Encounter is an experience n Kentucky, USA where visitors explore a full-size recreation of Noah’s ark and see many of the animals that would’ve been housed on board.

YOU MAY LIKE: Rocker Ozzy Osbourne Visits Ark Encounter And Has Shocking Reaction

Does proof exist that the Great Flood happened?

In the book, Noah’s Flood, two Columbia University geologists named William Ryan and Walter Pitman offer up evidence found in the sediment patterns along the Black Sea. Layered dozens of feet below the seafloor, they found mud with a chemical makeup of rich freshwater farmland. They believe this find and several others point to a giant event that could easily have been the flood recorded in the Bible.

World-renowned underwater archaeologist Robert Ballard also probed the Black Sea and excited by discoveries he made there that supported the evidence of the Great Flood.

Which movies tell the story of Noah and the ark?

As exciting as Noah’s story is, it’s no wonder that so many filmmakers have chosen to tell his story. Here’s a listing of a few of the more popular ones.

YOU MAY LIKE: Actor Anthony Hopkins Turns from Alcoholism & Atheism, Becomes A Christian

One movie that you can stream on Netflix right now includes Secrets of Noah’s Ark.

We hope that you’ve enjoyed this resource of Noah’s Ark Bible Story questions and answers!

YOU MAY LIKE: Divine Intervention Leads Woman to Find Missing Bible in the Most Unusual Spot