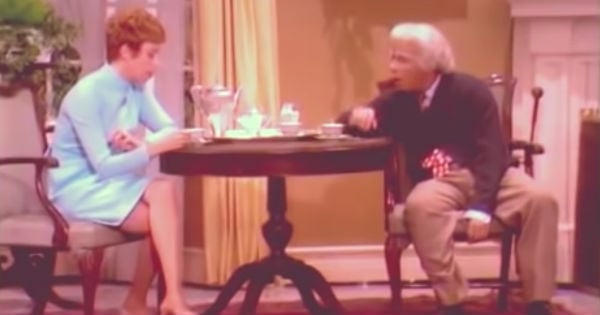 If you’re in need of a laugh, look no further than this classic Carol Burnett skit, ‘I'm Not a Doctor'. Tim Conway’s reactions completely steal the show and the sketch is just as funny today as it was years ago!

In the skit, Carol Burnett's character is in a doctor's waiting room. She strikes up a conversation with the man sitting next to her, played by Harvey Korman.

Harvey’s character shares what medicine the doctor prescribed him for his headaches. And while Carol calls out how she is not a doctor, she goes on to talk about all the serious side effects she’s read about associated with the prescribed medicine.

Another patient in the waiting room, Tim Conway, comes over to hear about these side effects. And this is when the comedy really starts!

In the skit, Carol Burnett says that dizziness can be a side effect. Immediately, Tim Conway is in the background acting dizzy. He is making the most hilarious faces that keep the audience laughing.

As “not a doctor” Carol continues listing out the different side effects, like muscle spasms, deep depression, and fits of laughter, Tim Conway keeps reacting in a way where he has the certain side effect that she is explaining.

"How can they keep a straight face with Conway acting like a nut? Comedic genius," comments one person on YouTube after watching the sketch.

"All three were very funny but Tim Conway was always the highlight of the show," writes another person on YouTube. "I remember watching the Carol Burnett show with my family when I was a very young child, loved it."

"These three together were a winning combination every sketch they performed," adds another person online after enjoying this comedy skit. "The Carol Burnett Show was amazing, I’m so glad I got to watch it back in those days."

We hope you enjoyed this classic and hilarious ‘I’m Not A Doctor’ Carol Burnett skit and it was able to bring a smile to your face today!