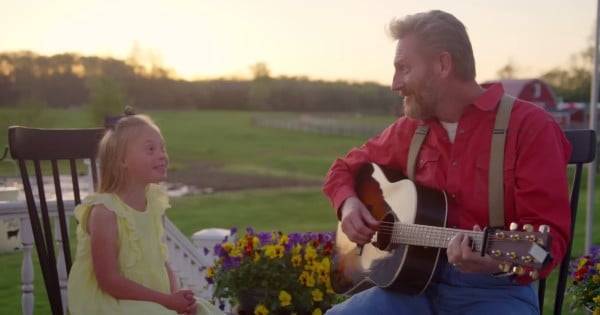 Though born in England in 1948, Olivia’s family moved to Australia when she was five. And one look at the Olivia Newton-John bio points to just how talented she was.

RELATED: Tribute Sermon By Tony Evans Reveals His Wife Saw ‘A Glimpse of Heaven' Before She Died

As a teen, she won a singing contest and later enjoyed some musical success in England in 1966. But it wasn’t until the 70s that she became widely known in the United States.

Her song “Let Me Be There” landed as a top-10 hit in the U.S. in 1973. After that, a list of Olivia Newton-John songs hit number one, including “I Honestly Love You,” “Have You Never Been Mellow,” and “Please Mr. Please.”

But for many, she sealed her iconic status with her appearance in the 1978 film “Grease.”

In the wildly popular movie musical. 29-year-old Olivia Newton-John plays Sandy, a wholesome high school student. Sandy just so happens to transfer schools from Australia and coincidentally lands at the same school as her summer romance, Danny, who is played by John Travolta. Only, Sandy discovers Danny is a tough, hot-rodding “greaser” at school, which is very different from the kind, sweet boy she met at the beach.

Three of the hit songs from “Grease” — “You’re The One That I Want,” “Summer Nights,” and “Hopelessly Devoted To You” — featured vocals from Olivia-Newton John.

WATCH: Grease — “Hopelessly Devoted To You”

And from there, she continued releasing music through the 80s, including the racy song “Physical.” She also continued acting in movies and on TV.

Though Olivia Newton-John, a Christian, enjoyed plenty of success, she endured her share of tragedy, as well, before she died. And it was her faith that helped see her through all of the peaks and valleys.

In the 90s, doctors diagnosed Olivia with breast cancer. This really pushed the Christian celebrity to prioritize faith and family over all else.

RELATED: Beautiful Duet Between Olivia Newton-John And Daughter Chloe Is Touching Hearts All Over

In 2005, her boyfriend, Patrick McDermott, vanished while on a fishing trip off the coast of California. No one ever found him and the unsettling disappearance plagued Olivia for many years.

“It’s very hard to live with that,” she explained. “It’s probably the hardest thing I’ve ever experienced, and I’ve been through a lot of things.”

Olivia Newton-John’s cancer battle was a roller coaster of ups and downs spanning over 30 years. She would overcome her bout in the 90s, only for it to return in 2017 and again in 2020.

Yet, even with all the illness and uncertainty, Olivia leaned on her faith and lived her best life.

“Listen, I think every day is a blessing,” she said at the age of 72. “You never know when your time is over; we all have a finite amount of time on this planet, and we just need to be grateful for that.”

Every journey on this earth will include some type of pain, suffering, and adversity. And while battling cancer is certainly nothing Olivia Newton-John would wish on anyone, before she died Olivia saw the blessings paired with her suffering. As only He can do, God brought purpose to her pain.

“I see it as my life's journey. It gave me purpose and intention and taught me a lot about compassion,” she said. “It has been a gift. I don't wish it on anyone else. But for me, it's been important in my life.”

We can let our trials either drive us further from God or bring us closer to Him. And it truly seems as though Olivia learned to surrender her fate to the Lord. In fact, surrender is the central theme from her song “Let Go Let God” off the 2010 album, Grace and Gratitude.

So, when John Easterling announced his wife, Olivia Newton-John had died at 73, he said she did so peacefully and surrounded by loved ones.

“Dame Olivia Newton-John (73) passed away peacefully at her Ranch in Southern California this morning, surrounded by family and friends,” John wrote on his wife’s social media accounts, requesting respect for the family’s privacy.

“Olivia has been a symbol of triumphs and hope for over 30 years sharing her journey with breast cancer,” he went on to say.

In addition to her husband, John Easterling, Olivia Newton-John leaves behind her 34-year-old daughter, Chloe Lattanzi.

Reactions To The Loss Of An Icon

The news that Olivia Newton-John had died certainly hit hard. Fans and friends of the actress and singer expressed their sorrow and condolences.

RELATED: Nightbirde Dies At Age 31 And Leaves Legacy Of ‘Strength She Found In Jesus'

Actress Jane Seymour shared a “very special bond” with Olivia for over 40 years. And Jane got emotional over the fact that the world was now without the “light” her friend brought into it.

“What brings tears to my eyes is that she always cared about other people,” she said. “She was just this positive light and amazing, amazing person.” Jane went on to explain, “She reminds me, and will always remind me every day, that life is a journey, has its ups and its downs, and she just had such strength and fortitude…She just gave back all the time. I think that’s the legacy.”

Jane Seymour talks about one of her last moments with Olivia Newton-John.

"She just sat down with us for quite a while and asked about us. How were we, how were our lives, how could she help us. And she looked around and she said ‘isn't it beautiful here?'" pic.twitter.com/jl2V4PbKHJ

John Travolta, Olvia’s co-star from “Grease,” paid a tribute to her kindness as well, writing on Instagram, “My dearest Olivia, you made all of our lives so much better. Your impact was incredible. I love you so much. We will see you down the road and we will all be together again.”

RELATED: Tony Evans’ Wife Passed Away As He Held Her Hand: ‘We Are What We Are Because Of Her’

Another one of her co-stars from “Grease,” Barry Pearl who played T-Bird Doody, got emotional as he shared, “Everything sounds so trite when you discuss who she is and what she was, but it is so because it’s so profoundly true … a heart that was so giving and loving.”

A New Zealand-Australian TV host, Richard Wilkins, broke down in tears when he reported, “It is our loss.” He continued, “A world has lost a beautiful human being today. We kind of knew this day was coming but hoped it would be a long way away.”

Sometimes, the best way to share our faith is to simply live it out. To let others see a light and a love shining from us that they can’t quite comprehend. And it sounds like that’s just what Olivia Newton-John did.

Please continue to lift her family up in prayer as they walk through this difficult time. May they find comfort in seeing the beautiful legacy Olivia left behind.