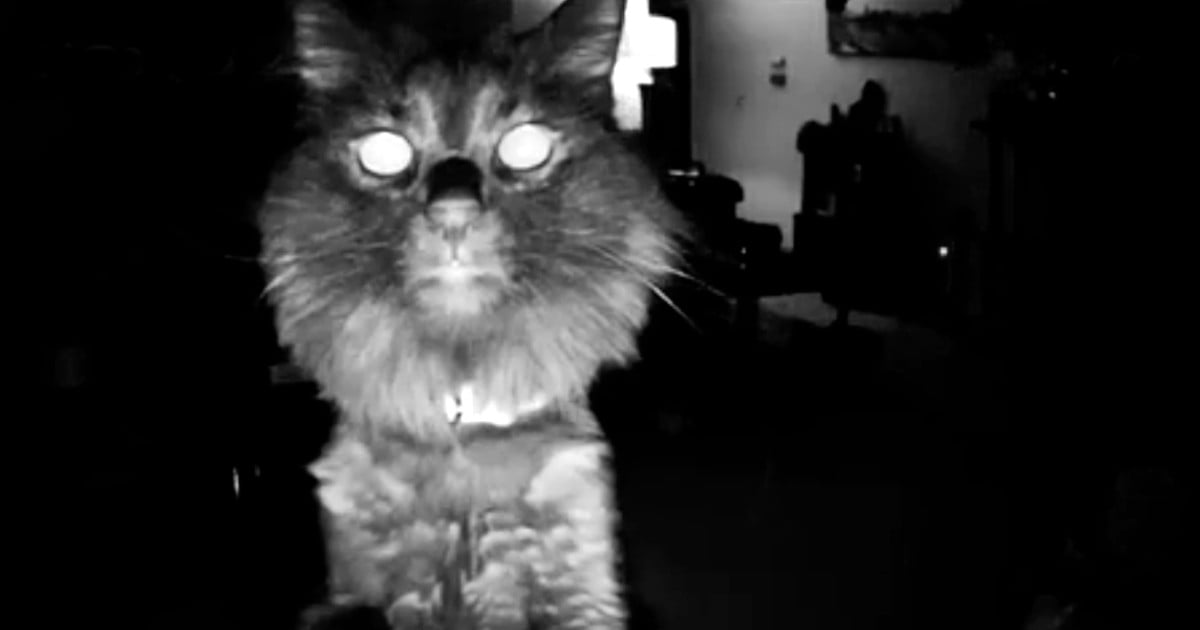 Today, Cricket the one-eyed cat who was born with a cleft lip and a crooked jaw is an Internet sensation. But as a kitten, his life nearly ended before it began. The breeder was planning to have him put down until a special angel stepped in just in time!

When Cricket was born, he was missing an eye and also had a cleft lip and a crooked jaw. Sadly, the breeder wanted to have the kitten put down since she figured he wasn’t going to sell.

RELATED: Kitten With No Eyes Thrown Out In The Trash But Special Angels Made Sure She Got A 2nd Chance

She told someone about her plans and God stirred that person to act. This person reached out to a coworker named Megan Boehm for help.

Megan, a nurse from North Dakota, was known for being crazy about animals. And the second she heard about this one-eyed cat, she knew she had to save him.

"It wasn't even a decision," Megan explained. "I hadn't even seen a photo of him but as soon as I heard his story, I knew I had to save him. There was no way I was letting a little kitten with some small disabilities be killed because he was born different. And when I saw him, [it was] love at first sight."

It’s a good thing God sent Megan when He did. Because when she brought Cricket home, it was clear he was being neglected by the breeder.

“He was severely malnourished and just skin and bones,” Megan said.

The one-eyed cat was sickly and malnourished. But the love and attention from his new family soon remedied that!

"Cricket seemed right at home when he arrived," Megan Boehm said. "He wanted to snuggle all day long! After he gained some weight and got unconditional love from me, he was on his way to full recovery."

RELATED: Stray Kitten With Frog Eyes Fights For Life And A Second Chance

Cricket has his own unique look. And because of his crooked jaw and cleft lip, he can only eat wet food. But otherwise, this one-eyed cat is just your typical feline.

It’s heartbreaking to think this precious cat was nearly put down simply because he’s different. And that’s why Megan decided to give Cricket his very own social media presence. She set up an Instagram page called Cricket The One-Eyed Cat to "help spread awareness for shelter pets and for special needs animals."

RELATED: Mama Cat Rejects Her Baby And This Tiny Kitten Rescue May Be The Sweetest Thing I've Seen

"The shelters are full and maxed out of funds,” Megan says. “When you adopt from a shelter, you save two lives, the one you take home and the animal that gets to take its place in the shelter. Every cat and dog deserve to be with a loving family and home."

While the breeder saw Cricket as an “imperfect cat”, the Internet clearly disagrees. He has amassed more than 100,000 followers who, like Megan, see this one-eyed cat as one of God’s beautiful creations.

One-Eyed Cat’s Story Inspires So Many

Not only is Cricket inspiring thousands online, but he’s also opened Megan’s eyes to the world of special needs animals.

"I have taken care of animals my whole life but I never knew what a different form of love a special needs cat could bring," she said.

Megan Boehm may have rescued Cricket from being put down, but the one-eyed cat has saved her, too.

"Cricket has honestly given me purpose," she explained. "I look forward to seeing him every day. I can’t wait to come home from work or class so I can snuggle him. When I am stressed, sad, or even angry, Cricket always makes it better. I look at Cricket and see what he has had to overcome and I know I can get through life's challenges."

Cricket’s story is a beautiful reminder that this world doesn’t get to determine your value. Your true worth exists in Jesus Christ. And He loves you just as you are!