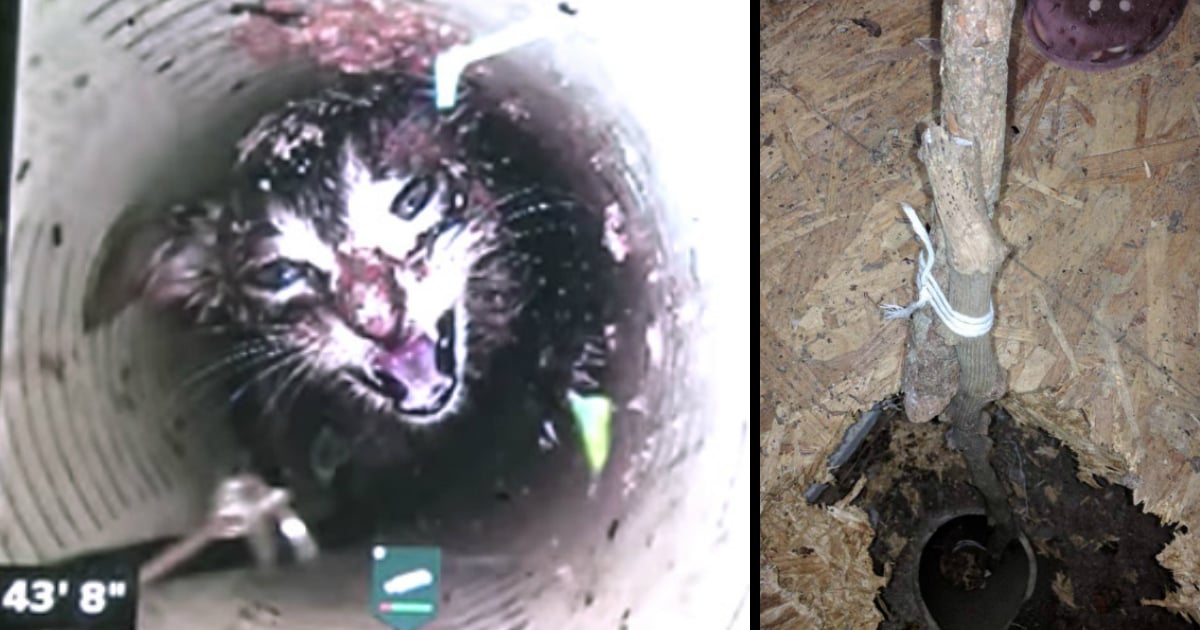 A heartbreaking video of a pit bull crying after she was dropped at the shelter went viral. But those tears soon became tears of joy when a loving family adopted the sad pup. And life for this rescued dog looks totally different now!

Sarah Jennings Sleime is a volunteer for the Greater Charlotte SPCA in North Carolina. She was visiting a shelter looking for some animals to bring back to the SPCA when she passed by a sorry sight.

A pit bull the shelter was calling Cinnamon sat inside a kennel looking utterly distraught.

“She was very humanlike - slumped over and very solemn," Sarah said.

Sarah noticed the 7-year-old pit bull had recently given birth to a litter of puppies.

"[The shelter workers] believe she was confined and used as a breeding machine," she explained. "She's obviously had many, many litters."

Sarah stopped and started talking to Cinnamon. And she couldn’t believe it when the dog appeared to start crying.

"It was the craziest phenomenon," she said.

Sarah pulled out her phone and started filming.

Sadly, the Greater Charlotte SPCA wasn’t in a position to accept any big dogs at the time.

But Sarah was determined to get this sweet pup some help. And her tragic video did the trick!

After Sarah shared Cinnamon’s video on Facebook, it racked up more than 700,000 views in the first day. Folks from all over wanted to help this poor pup out!

But Sarah’s friend Meghan Shelton was first in line.

"I have a special place in my heart for pit bulls," Meghan said. "I think they're a very misunderstood dog and a misunderstood breed. And when I saw her in that video, literally crying in a cage, I cried. My kids cried.”

Meghan’s husband agreed — they needed to go get this pit bull!

So, Meghan and her family turned up the next day at the shelter.

They instantly fell in love with Cinnamon.

"She was super sweet," Meghan recalled. "They had brought her into a room to meet with us, and we just let her relax. My kids were on the floor with her, and she sat on their laps and knocked them over with kisses."

Meghan and her family adopted Cinnamon, who they renamed Rosie, and took her home the very next day!

The pit bull crying in that sad, viral video now only cries tears of joy!

Meghan and her family brought Rosie home, where they introduced her to their other pit bull, a 3-year-old male named Blu. The two hit it off in no time, acting like they’d known each other their whole lives.

This family clearly blessed Rosie with the loving home she so deserves. But Rosie’s sweet personality has been just as much a blessing.

"When she gets excited, she snorts like a pig," Meghan said. "It's so cute. My girls walked her to the bus stop this morning, and when new kids came down, she snorted at them until they'd come pet her."

After going viral, Rosie had plenty of fans who wanted to keep up with her progress. You can get plenty of adorable pics and updates by following Rosie the Red Nose Pit.

All of God’s creations are precious. And while our fur-babies may be “just animals” in some people’s eyes, it’s clear they feel just as deeply as we do. We’re so glad to hear Rosie’s story has a happy ending!

YOU MAY ALSO LIKE: Emotional Photo of Mother Monkey Shows How Deeply Animals Feel