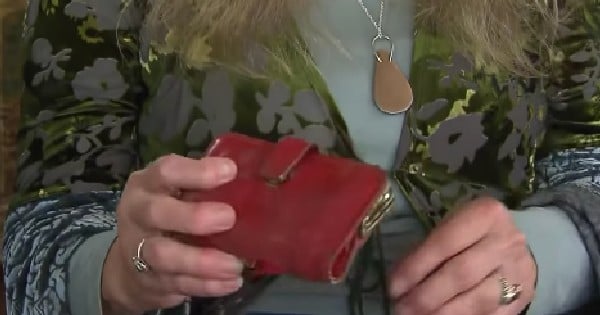 Shelly Henard watched in awe from the drive-thru line as Mikel Williams, the manager at Popeyes in Little Rock, Arkansas, came out to help a homeless woman in the parking lot. And his act of kindness is inspiring others to pay it forward! (If you’d prefer to listen to the audio version of this story, scroll to the end of this article to find the podcast version below!)

Shelly Henard pulled into the Popeyes in Little Rock, Arkansas, after her son asked for some chicken. While waiting in the line for the drive-thru, she noticed the manager, Mikel Williams, coming out from the store.

A homeless woman was in the parking lot and Mikel was headed straight for her.

"I honestly thought he was going to tell her to leave his property," Shelly recalled.

But instead, Shelly witnessed something beautifully unexpected!

Rather than chasing the homeless woman away, Mikel was there to help. The manager of the Popeyes in Little Rock, Arkansas, brought her food from the restaurant. He also took the shoes off his feet to give to her.

"I saw him take his very own shoes off and give them to her and he was standing there in his socks," Shelly said.

The incredible act of kindness touched Shelly deeply. With permission, she took some pictures for social media.

“When I talked to him, he was so humble and had the heart of an angel,” Shelly said.

She also asked Mikel what he was going to do about shoes. That’s when he explained he had an old pair in his car. Shelly asked why he didn’t give the homeless woman his old pair versus the newer pair right off his feet.

“Because she needs them more than I do,” the manager from the Popeyes in Little Rock explained.

Shelly was so impressed, she shared the incredible act of kindness online. After hearing about how someone had recently stolen Mikel Williams’ cell phone, she wanted to raise money for a new one, along with a new pair of shoes.

The response was wonderful. Complete strangers to Mikel chipped in, raising more than $500 for the heroic manager at Popeyes in Little Rock, Arkansas.

Mikel was blown away by the response to his act of kindness.

He and Shelly Henard are now good friends. And Shelly continues to ask people to pray for Mikel. She wants his story to encourage others to show love and kindness, too.

“I hope his example will inspire all of us to be a light for Jesus in this world that can seem very dark at times,” she says.

Indeed, a little bit of kindness can go a long, long way!

LISTEN: 7-Year-Old Steps Up To Save Baby Sister | Star Gifts Truck to Man Who Housed The Rock When Homeless