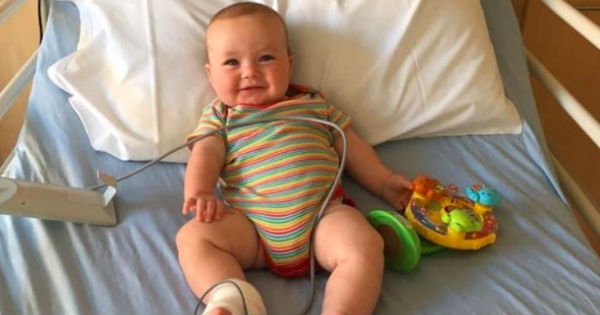 A brave and pregnant woman saves her husband after he was attacked by a shark while snorkeling with family in the Florida Keys.

Margot Dukes and her husband, Andrew Eddy, were having a nice time on a boat with family and enjoying the beautiful waters of the Florida Keys when Andrew was suddenly bitten by a shark on the shoulder. He started flailing in the water and couldn't make it to the ladder on the boat. That's when Margot, who is pregnant with a baby girl due next month, jumped in the water to save him.

"Next thing I know, I see flailing and he’s screaming. And there’s just all red blood," Margot's mother said. "Then he didn’t know if he could make it to the ladder. And my pregnant daughter jumped in to help him."

The shark that bit Andrew on the shoulder was believed to be a bull shark. Other boaters that were near Margot and Andrew's family said they had spotted a bull shark of up to 9 nine feet that day.

Medics met the family as they pulled their boat up on the beach, and Andrew was taken to an ambulance and rushed to a hospital. He is still recovering from a severe shoulder injury. But thank goodness his brave wife was there to jump in and save him when he needed it most!

YOU MAY ALSO LIKE: Mom Can't Even Touch 5-Year-Old Son Because Of Horrifying Condition Making His Skin Fall Off

Ecclesiastes 4:9-12
9 Two are better than one, because they have a good return for their labor: 10 If either of them falls down, one can help the other up. But pity anyone who falls and has no one to help them up. 11 Also, if two lie down together, they will keep warm. But how can one keep warm alone? 12 Though one may be overpowered, two can defend themselves. A cord of three strands is not quickly broken.

WATCH: Pregnant Woman Jumps In Ocean To Save Husband After Shark Attack