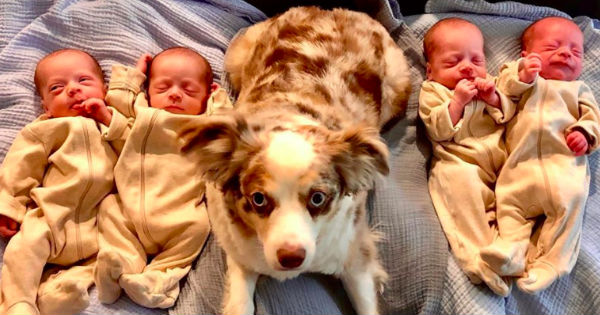 After a skateboarding accident years ago, one teen suffered a severe traumatic brain injury. The accident left Lawson Smith in a wheelchair, without speech, and reliant on others in order to meet his basic needs.

Lawson Smith is from Australia and after falling off his skateboard without his helmet on, his life changed forever. He was placed in an aged care home for his long-term treatment, but after a year at the facility, his family moved him back home.

Since being back home with his family, Lawson has made noticeable improvements. And the 27-year-old has found a way to express himself through his creativity after his parents gave him a paintbrush.

"He came home not being able to move at all. Now he’s able to choose colors and print paint onto canvas and create these uplifting and colorful designs," says Sara Davies, Lawson's mother. "His personality is and always was very upbeat and joyful, and I think that comes across in his work. He’s the one that will laugh first, he loves everyone and he’s so good natured."

Lawson has worked on multiple canvas paintings as part of his rehabilitation, and his painting has helped him slowly build progress on both his art repertoire as well as his neurological ability. The family recently decided that Lawson's beautiful artwork was too special for them to keep to themselves, so they launched a website this year offering his prints for sale.

YOU MAY ALSO LIKE: Daddy And Daughter Perform A ‘Bridge Over Troubled Water' Cover That's Too Good To Miss

What a beautiful story of how art has helped Lawson with his recovery and added more color to his life! May God bless this family and Lawson as he continues on his recovery journey.