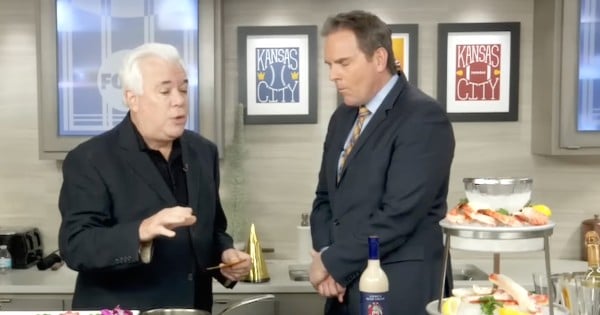 When an audition by The Dots on Britain’s Got Talent started going all wrong, it had Simon totally fooled. But eventually, he caught on, and everyone was laughing!

Life will put you in a state of uncertainty at times, questioning whether things are really what they appear to be. But according to God's Word, we should put those feelings of fear, confusion and apprehensiveness aside. In 1 Peter 5:7, it states that we are to put all our troubles on Him for he takes care of us.

RELATED: Simon Cowell Cried During Police Dog Audition And Here's The Story Behind Why

However, one act on Britain’s Got Talent left Simon Cowell in an obvious state of confusion and uncertainty.

The Dots On Britain’s Got Talent

Three women called The Dots begin their act by singing The Boogie Woogie Bugle Boy. It's only seconds into the song when something seems off about their performance and things start to go south.

In addition to their singing, the women are dancing in sync, or at least trying to do so. One of the women can be heard telling her fellow performer, "other way" multiple times.

RELATED: ‘Old Men Dancing' Group Have Simon On His Feet

Things only go downhill from there. One woman ends up with a bloody nose and manages to lose her pants over the course of the trio's performance. Another woman even loses her wig.

But don't worry! The hilarious mishaps from The Dots on Britain’s Got Talent were all part of the act!

The momentarily bewildered looks from the judges may have been even funnier than what was taking place on stage.

After the comedic performance, Simon admits that, as evidenced by the stunned look on his face, he thought that their mistakes were not intentional.

"I knew, I knew that was part of the act. I'm getting really stupid, aren't I? That was brilliant by the way cause you really, really fooled me," Simon says.

All the judges loved the women's hilarious act, giving them four yes votes and moving them along to the next round.

Simon would also add that "I knew all along it was a joke," ending his comment with his yes vote.

YOU MAY ALSO LIKE: 5 Blind Auditions That Are Perfect Sound Alikes for the Famous Singers They Are Covering

Job 8:21 "The time will come when your mouth will be full of laughing, and cries of joy will come from your lips."

WATCH: Hilarious Audition By The Dots On Britain’s Got Talent