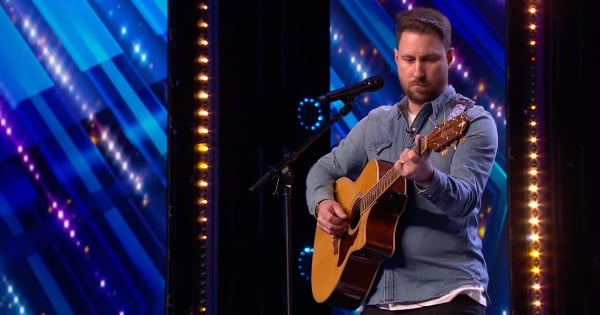 This is a story of love from beyond the grave when a wedding ring is found by a widow, Ann Kendrick, thirty-five years later!

This 90-year-old widow was gardening around her belated husband's apple tree when something in the soil caught her eye. Assuming it was just a piece of metal, she picked it up and was prepared to toss it out. But then she remembered the day her husband lost his ring. He had been gardening when he realized it wasn't on his finger anymore.

"It didn't look at all like a wedding ring," Ann said. "It looked like a dirty piece of bent metal. I looked at it and thought ‘no, it couldn't be.' I was really quite excited. When I was telling a friend about it I got a bit choked up."

The wedding ring found by the widow had been buried in the soil for so long, that Ann had completely forgotten about it. But as she got the ring cleaned up, it brought a smile to her face as it was a representation of all the years she had been married to her husband Peter before he passed.

She joked that he would have been just as surprised as her to find it because he was always losing things. When Ann told her son Bob about the discovery, it surprised him, too.

He said, "Mum was very emotional and over the moon. It wasn't the first thing that went missing-he used to lose all sorts of things."

Ann feels as though the ring is a precious gift from her husband from beyond the grave. Even though Peter died twenty-two years ago, the wedding ring Ann found is a special way for the widow to always have her husband with her.

She plans to clean up the ring, and get it repaired because it is so bent out of shape. Then Ann will wear it on a chain as a necklace to keep her belated husband close to her heart. What a beautiful way to show love stands the test of time.

YOU MAY ALSO LIKE: Snorkeler Posts Desperate Plea After Her Bizarre Discovery Of A Wedding Ring Found On A Fish

"Or what woman, having ten silver coins, if she loses one coin, does not light a lamp and sweep the house and seek diligently until she finds it? And when she has found it, she calls together her friends and neighbors, saying, ‘Rejoice with me, for I have found the coin that I had lost.' Just so, I tell you, there is joy before the angels of God over one sinner who repents," Luke 15:8-10.