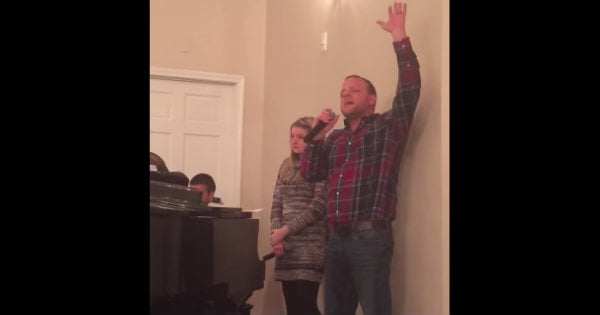 American Idol contestant Francisco Martin battled an intense bout of nerves all throughout his interview and audition. But once he started singing the song ‘Alaska’, he absolutely blew the judges away!

18-year-old American Idol contestant Francisco Martin was full of nerves as he sat in front of the camera. This pre-law college student has always had a love for music, but he struggled with self-confidence.

Now, he's trying to put all of the negative thoughts aside as he follows his dreams to pursue a career as a musician. But, as soon as he stepped up to the judges, they could sense his overwhelming fear.

That's when Luke Bryan and Lionel Ritchie stepped away from their table to give Francisco a quick pep talk.

After the chance to calm down, American Idol contestant Francisco Martin continued on with his audition by singing ‘Alaska' by Maggie Rogers.

His powerful vocals immediately caught the attention of the judges with Katy Perry saying, "You've got an incredible voice."

After learning that Francisco writes his own music, the judges asked to hear a snippet of one of his songs.

From that moment, this future star completely won over the judges. Lionel Ritchie praised Francisco for overcoming the nerves and blowing them away. He said, "I'm so happy to see you."

After a unanimous vote to send American Idol contestant Francisco Martin to Hollywood, the young man was nearly in tears. He was so grateful for the opportunity and the chance to follow his real passion in life.

But before he left, Luke gave Francisco one comical piece of advice.

YOU MAY ALSO LIKE: American Idol Contestant Auditions With Her Little Sister

Luke said, "We're gonna recommend a no-caffeine diet for you." Who else is looking forward to seeing this guy in Hollywood?