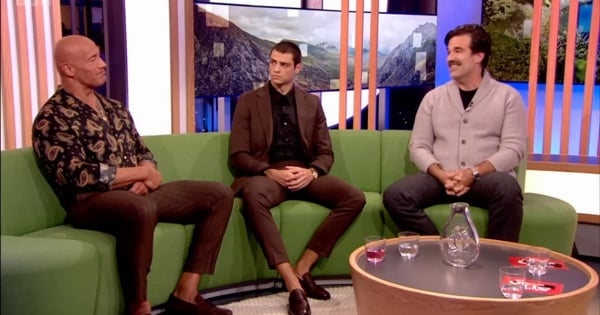 Andrea Bocelli and family share an incredible love of music. And the world-famous tenor opens up about singing with his kids.

He's sung for the queen, the Pope, several presidents, and even the world amid the worldwide lockdown during the pandemic. But now Andrea Bocelli opens up about his singing family where he isn't necessarily center stage.

RELATED: Matteo, Andrea, And Virginia Bocelli Team Up For A Stunning Version Of ‘Over The Rainbow'

Andrea's voice has been called transcendent, soulful, and angelic. In fact, Celine Dion once said, “If God has a singing voice, it must sound like Andrea Bocelli."

His children are vocally gifted like their father. Both his daughter Virginia and Andrea Bocelli’s son Matteo also sing and play musical instruments.

Together, they recorded an album for Christmas, which happens to be Andrea's favorite time of the year.

He said of working on the project together, "I think it's an amazing opportunity. We can spend time together. It's a privilege."

RELATED: For Singer Andrea Bocelli, Faith In Jesus Is The Most Important Thing And It's Incredibly Inspiring

Andrea Bocelli and family recorded the album and then had a photo shoot in July. Even though it was a perfect beach day–the inside of Andrea's family home was filled with all the magic of Christmas. Christmas trees, elegantly wrapped presents, and of course, Christmas music filling the air!

Music has always been a part of Andrea's life, and he knew it would be a legacy he will leave the world. Even as he attended college to be an attorney, he played the piano to put himself through school. But ultimately, he was called back to the wondrous gift of music God had given him.

Now his children are supporting that legacy, too as they follow in their father's monumental footsteps.

It’s lovely to see Andrea in a new light–as a doting father who adores his children. It was endearing to see him banter and play with his kids.

We hope you enjoy this special and insightful view into Andrea's life as much as we do!

YOU MAY ALSO LIKE: Refocus On The True Reason For The Season With This Beautiful Andrea Bocelli ‘Silent Night'

"For you have been my help, and in the shadow of your wings, I will sing for joy. My soul clings to you; your right hand upholds me," Psalm 63:6-7.