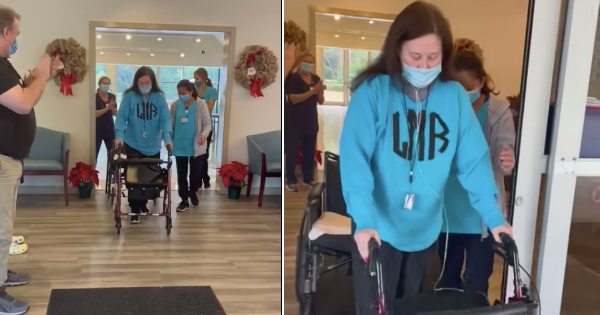 Police were shocked after they responded to a call in Las Talitas, Argentina. A young boy had survived after being struck by a stray bullet. In what is being referred to as the ‘New Years miracle' in Argentina, the young boy's crucifix necklace supposedly deflected the stray bullet, leaving him with only superficial wounds.

9-year-old Argentinian boy, Tiziano, was playing outside his house with his cousins on New Years Eve. That’s when he felt a sudden sharp pain around his chest. Upon inspection, the startled Tiziano found a bullet on the ground where the incident happened.

After the incident Tiziano was rushed to Hospital del Nino Jesus, where he was examined. Doctors confirmed that the young boy had been grazed by the bullet, and suffered only superficial wounds.

Upon further inspection, Tiziano's aunt found the boy's crucifix necklace. And she noticed a deformed hole where there had not been one before. The family claims the cross necklace, which was given to Tiziano as a gift from his father, miraculously deflected the stray bullet, leaving the young boy with only minor injuries.

The police are investigating the source of the stray bullet. And they are looking for the individual who fired it. But according to Tiziano's father, David, there have been no arrests as of yet.

While some on social media have criticized the validity of certain aspects of the story, others have faith that this was a divine act of God saving the boy. But as Tiziano's father put it, the most important thing in this situation is that the young boy lived to see another day.

YOU MAY ALSO LIKE: CNN Reporter Sara Sidner Breaks Down On Live TV After Funeral Held In Parking Lot

“God did extraordinary miracles through Paul, so that even handkerchiefs and aprons that had touched him were taken to the sick, and their illnesses were cured and the evil spirits left them.” Acts 19:11-12