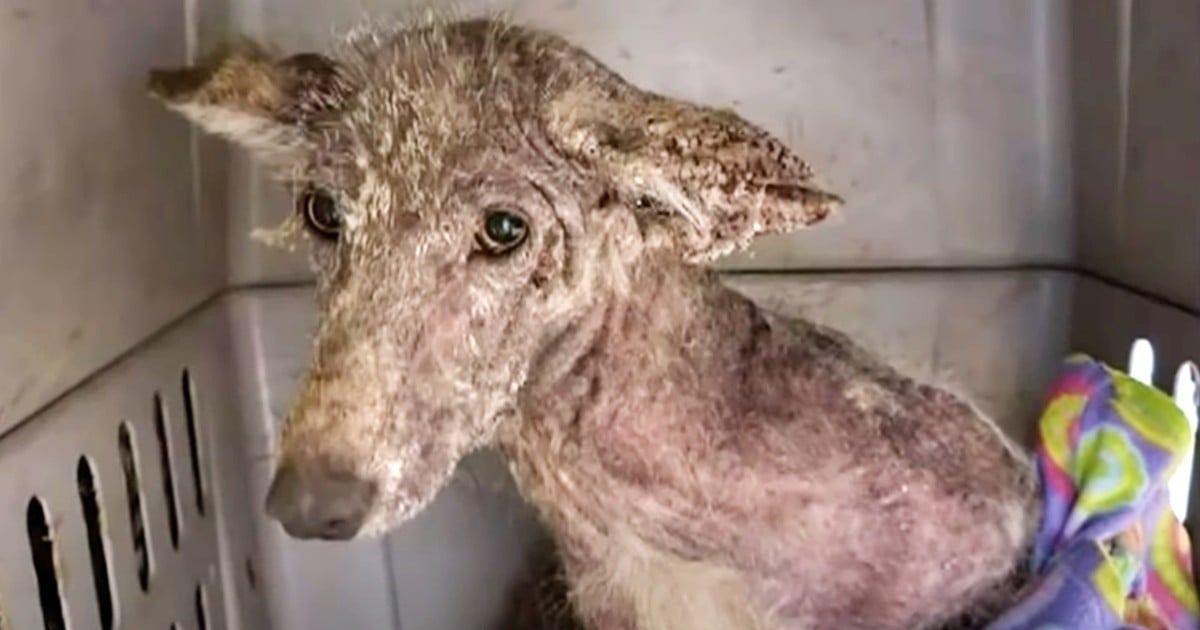 Woman Rescues Scared Creature with No Idea What It Is and Mystery Animal Stumps Vets, Too
Read Article »

A cat left for dead gets a second chance thanks to one compassionate and kind angel. Apollo the cat was left to die after a car crash and struggle to a stranger's front porch, and now he gets life-saving surgery and a new home!.

There are so many animals that need a home. Most live on the streets and struggle to survive for the basics like clean food, water, as well as a warm and safe place to sleep. Apollo was also homeless and sadly this sweet ginger tabby cat was hit by a car and left for dead.

RELATED: Deformed Kitty Left For Dead Gets A Second Chance Thanks To 7-Year-Old

He suffered from a broken jaw and a broken leg. Despite being in an incredible amount of pain and being left to die, he managed to crawl up to Fallon Phillip’s porch. When she heard him meowing outside her door, her heart was broken by what she saw.

“I heard a ‘meow’ and I looked and saw that pitiful little orange cat just hobbling around. When I went out on my porch, he started rubbing against my leg," she said.

Cat Left For Dead Saved After Hit And Run

Fallon wrapped him in a towel and got him to the vet. But Apollo’s fight to live wasn't over yet.

RELATED: Urgent Rescue For Kitten Who Spent 5 Days 43 Feet Down In A Well Pipe

Fallon learned Apollo would need a specialist surgeon who could repair his injuries with plates and pins. She also learned the surgery was more than she could afford. Otherwise, the next best option was to put Appollo to sleep.

Fallon wasn't ready to give up on such a sweet and precious cat who showed everyone he had the will to live despite being homeless, left for dead, and never knowing human kindness. Fallon's neighbor helped Fallon by setting up a Go Fund Me page in order to raise the money needed to help Apollo get the surgery he needed.

“He actually required more than we thought,” Fallon shared. “He ended up having a plate with six screws and a pin in his left leg."

The surgeon who performed Apollo’s surgery also wanted to help this sweet precious tabby. He gave a discounted bill to Fallon and Fallon's neighbor also helped cover the rest of the bill too! The video below proves just how sweet, loving, and grateful Apollo is toward his new owner. Fallon is a hero in Apollo’s eyes and thinks she is pretty purrrrfect!

YOU MAY ALSO LIKE: Starved Pony Looked Dead When Rescuers Showed Up But Just Wait For Her Transformation

"You, my brothers and sisters, were called to be free. But do not use your freedom to indulge the flesh; rather, serve one another humbly in love." Galatians 5:13

WATCH: Cat Left for Dead Gets A Second Chance