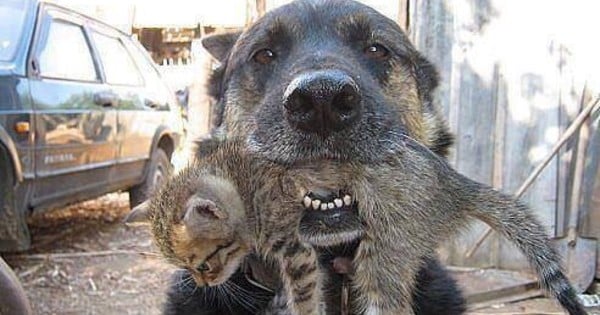 A cat saved his owner from a heart attack by acting fast when he sensed the danger his human, Sam Felstead, didn’t.

Sam Felstead of the UK found it odd one night when her cat, Billy, wouldn’t leave her alone.

“He was quite clever, bless him,” she recalled. “He wanted to stay beside me all the time. Normally he sits next to my mum all the time, he’s not interested in me. He loves my mum and gives her lots of love.”

Though Billy’s sudden interest in her seemed bizarre, it wasn’t until the cat saved his owner from a heart attack that it became clear he was sensing something his humans couldn’t.

When Sam turned in for the night, she had no reason to believe this night would be any different from any other night. But then her cat Billy woke her up hours before her alarm went off for work. And that’s when she realized something was seriously wrong.

Billy, normally a quiet cat, jumped on Sam’s chest and wouldn’t stop meowing. But before Sam could think too much about her cat’s actions, she noticed something wasn’t quite right with her body.

RELATED: Cat Named Bandit Wakes Owner with Guttural Cries and Then Spots Danger Outside His Door

“I just woke up in a sweat and my arms were really heavy and it was really painful and my back was hurting,” she explained.

Sam Felstead couldn’t move the right side of her body and yelled to her mother, who called an ambulance for help. And later at the hospital, it became clear this cat had saved his owner from a heart attack.

“I do think he saved my life and so does everybody else around me,” Sam said.

Doctors performed an angioplasty and Sam survived the terrifying ordeal. However, things could have been very different had Billy not roused her from her slumber when he did. By waking Sam up, he ensured that she got to the hospital before it was too late.

“I do believe he probably did save her life, because that’s what enabled her to get medical help,” said feline behaviorist Lucy Hoile.

YOU MAY ALSO LIKE: Cat Called A Hero By Police After Dialing 911 To Save His Human

Lucy has a different take on the situation. She believes Billy was responding to physiological changes in Sam rather than the cat acting out of a desire to save his owner from a heart attack. However, in either case, God clearly used this furry angel to alert Sam to danger when she needed it most. Our pets truly are a blessing!