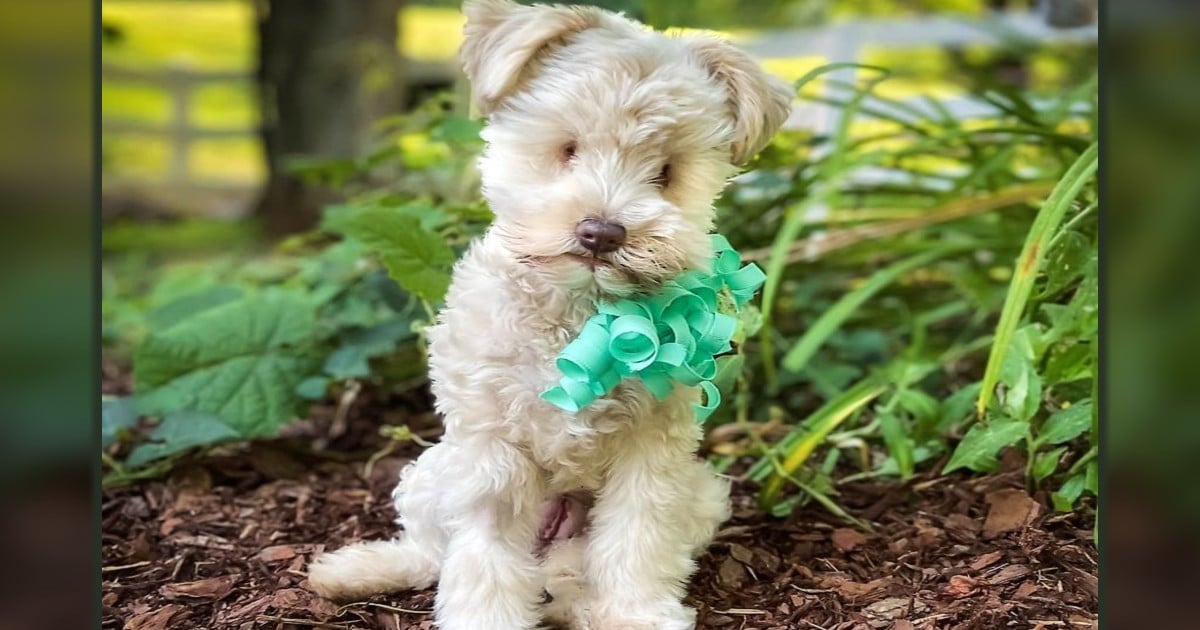 You'll look twice when you see this pretty kitty! Recently, a video of a cat with blue fur went viral because of his unique coloring. Many commenters instantly fell in love with the colorful cat, but others knew that this cutie may have narrowly escaped a fatal situation.

In a Michigan animal shelter, the cat with blue fur named Smurf become a viral internet star. Theo Randall works at the shelter and often shares clips of the animals to their TikTok. But this introduction to a brand new resident caught people's attention.

RELATED: Bruce Willis The Cat Was Called The Saddest Cat In The World But Then God Sent A Special Angel

His naturally white and orange fur was a few different shades of blue and green. Another thing about Smurf? He looks like one of the sweetest little kitties! In the video, you can see him reaching out through the cage bars for Theo. He must just want some love and scratches!

All the volunteers initially knew was that the cat with blue fur was found as a stray - so how did he manage to get fur that color? Obviously, cats are not naturally colored like this. And even though a lot of viewers loved his pretty hues, others pointed out a scary reality.

Apparently, people dye kittens different colors for dogfighting rings. They throw all the different colored kittens in the ring and place bets on the kittens by their colors. As horrible as it is, these awful things do happen. Some viewers shared their concerns and were grateful that Smurf was found before he got used as bait.

Don't worry! After a vet's examination, Theo shared another video of petting Smurf to update his fans. They said that since there were no signs of abuse or injury and was a very social and sweet cat, Smurf was not about to be used as bait.

Theo also shared, "Smurf's owner has contacted us so we know that he previously had a home. He was professionally dyed with what was most likely animal-safe dye." Thank goodness Smurf's blue flare was just a fashion statement!

You May Also Like: Scared Dog Too Afraid To Make Eye Contact Stared At Wall Until Love Transforms Him

The owner of the cat with blue fur had said she would come to pick him up from the shelter but never showed. Even though it's sad, Smurf will obviously be adopted quickly thanks to his quirky coloring!

You can tell how loving little Smurf is in the original video but look at him in the second clip running all over the shelter like a personal playground. Even in his temporary home, Smurf's just one happy guy with the most colorful coat around!