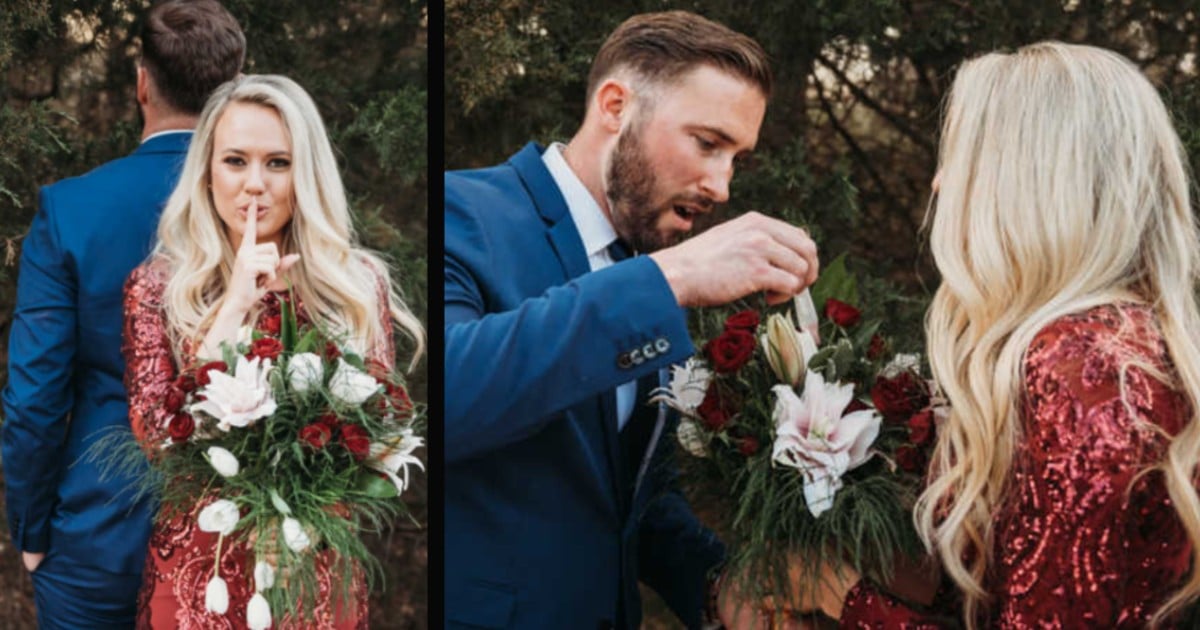 John Kinney showed up to repair a light fixture for Gloria Scott. But one look at the dilapidated house revealed the 72-year-old was in desperate need of a whole lot more help. And what happened next is just amazing!

You never know when God is going to call us for something greater. But it usually happens when we least expect it.

RELATED: Electrician Fixes Struggling Couple's Heat For Free So They Trick Him Into Returning

For instance, when electrician John Kinney turned up at Gloria Scott’s residence in Woburn, Massachusetts, he thought he was there because sparks were shooting out of one of the 72-year-old woman’s light fixtures.

But really, God had called John there for something much bigger!

John may have been at Gloria’s house to fix a light fixture. But it only took a quick look around to realize this woman needed a lot of other repairs.

“There was extensive plumbing damage, there was holes in the ceiling, raccoons were getting in,” John Kinney recalled.

But that’s wasn’t it. Gloria didn’t even have proper running water!

Her kitchen sink was broken and would shoot out boiling hot water. Gloria lived all alone and didn’t have the money for all of the necessary repairs. So, she simply dealt with the malfunctioning sink the only way she knew how — by turning off the home’s water supply completely.

Gloria turned the water back on every couple of days to flush the toilets. But otherwise, the 72-year-old just lived without running water.

John Kinney knew he couldn’t just fix the light fixture and leave Gloria Scott to live in these kinds of surroundings.

“It was definitely a hazard,” he said. “It was a rough condition she was living in and I noticed immediately.”

So, John showed back up the following Monday. And he started tackling the much-needed repairs — for free.

“I knew she needed help and I knew she wasn’t going to ask for it.”

The Community Gets Involved

Sometimes it just takes one person to do the right thing for others to follow suit. And that’s just what happened after John Kinney started working on Gloria Scott’s house.

John recruited a few friends to help with the yard work. But there were so many repairs needed on the 72-year-old’s home, the electrician quickly realized he would need even more help.

RELATED: Contractor Jeremy Locke Fixes Grandma's Roof For Free But Has to Trick Her Into Accepting It First

So, he looked for more help online, with a simple description of the situation: “Nice old lady needs help.”

In just 24 hours, the page had already raised $3,500. And the donations haven’t stopped!

The community’s generosity allowed John to get professionals involved with the home repair project. But he also had loads of volunteers turning up to lend a helping hand.

Gloria’s “gladiators” have been able to install a new electrical system, plumbing system, roof, windows, insulation, paint job, back porch on the home, and new grass in Gloria’s backyard.

Receiving a safe, comfortable place to live has certainly been a blessing to Gloria Scott. But the repairs are only part of the blessing. This elderly woman, who spent so much time all alone, came alive once she adjusted to all of the activity and attention.

“She’s been here by herself for over 10 years, so I’m sure it’s a big change for her,” John Kinney explained. “But she’s warmed up to everybody. She’s so happy, she’s got all types of new friends. She’s out here making lunch for us, laughing, joking. It’s just a miracle to witness.”

And it’s John’s hope that Gloria’s Gladiators will inspire similar outreaches all across the country.

“It’s about getting the whole community to be gladiators and fighting for people who can’t fight for themselves,” he said.

Meanwhile, God’s blessings weren’t just for Gloria Scott. As John allowed God to use him for this bigger calling, he and his whole family formed a very special bond with the 72-year-old woman he was serving.

And even once all the repairs are done, John Kinney plans to continue visiting his new friend.

YOU MAY ALSO LIKE: Woman Walks Into An Abandoned House To Find A Lonely Man Inside