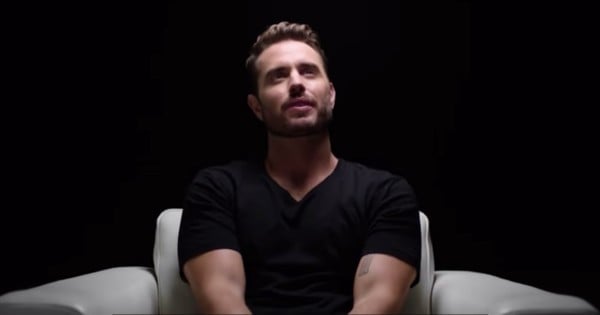 Divine intervention leads fishermen to find a mystery woman floating at sea and realize that she's been missing for two years.

Rolando Visbal and his friend, Gustavo, were experiencing engine problems on their boat. And they nearly decided not to go fishing that day. But divine intervention was at work, and their delayed start put them directly in the path of a poor woman in desperate need of saving.

"If we hadn't had the problem with the spark plug on Friday, we would have gone fishing that day and the woman would be dead at sea," he said.

Imagine being out on your boat, more than a mile from land, when you spy what looks like a log in the water. As your eyes glance over the object, a hand reaches up from the water and gives a feeble, desperate wave.

This is what happened to Rolando and Gustavo that day. And the two men were stunned at what they were seeing.

They threw a life preserver ring toward the woman who put it around herself with her last remaining energy. As hyperthermia set in, this final exertion seemed to take its toll, and the woman became unresponsive.

As it turned out, the woman, Angelica Gaitan, had been in the water for more than eight hours when the fishermen found her. She was floating in waters known for having a large shark population, and shared that she could repeatedly feel the sharks' fins brushing up against her. Her saving grace came finally, while she was on her last leg, in the form of the two fishermen.

The men, not quite believing what they were seeing, filmed the rescue that went viral.

There were some issues when they tried to pull the unconscious woman safely onto the boat. But they were able to get her out of the water. Once she was on the boat the woman was offered some water, and she became responsive. But due to her state she was barely able to speak with her rescuer and the emergency team.

When the fishermen started to ask her questions she became emotional, and physically upset. Once she was able to speak, Angelica shared, “I was born again, God did not want me to die.”

Rolando added, "So it turns out that I didn't catch any fish that day either, but I fished a life. I think this was God's purpose."

Angelica had been missing for two years when she was pulled from the water that day. Her family, happy to hear she'd been found, immediately made arrangements to reunite with Angelica and get her the medical attention she needed.

YOU MAY ALSO LIKE: Man Discovers 85-Year-Old Next Door Neighbor Has Spent A Year Living Without Running Water

The name Angelica means ‘angelic,' and she definitely had a guardian angel watching over her! Thank God for putting those two heroes in her path to save her life that day.