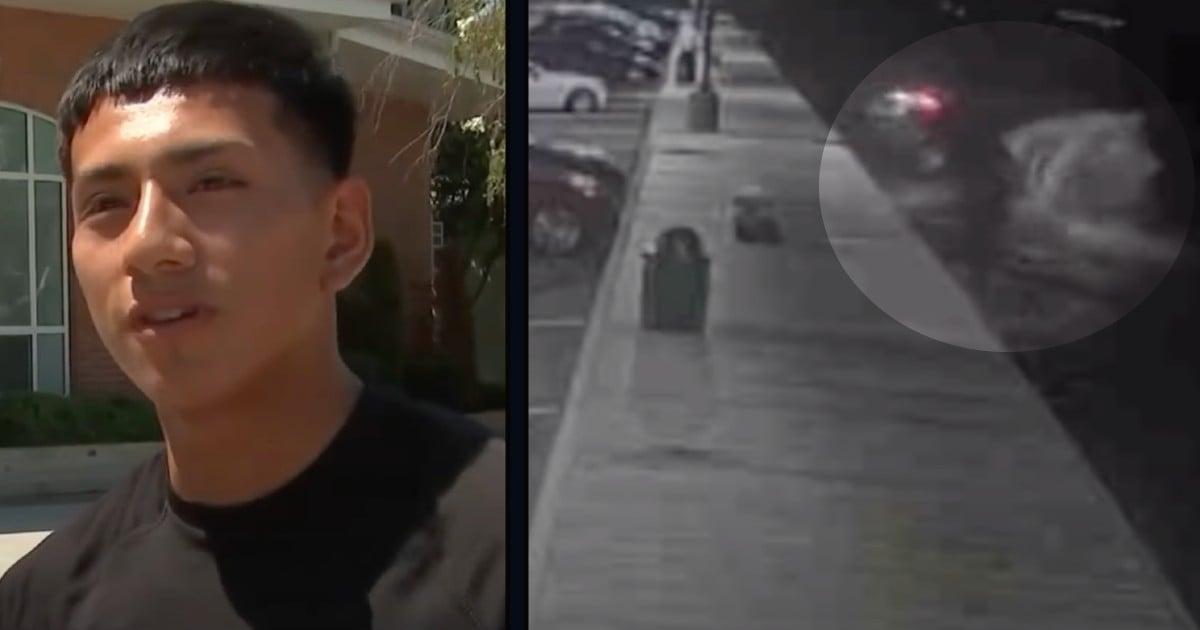 A little girl silently asked for help at a church in Florida, mouthing the words, “Please help me, this is not my dad.” A hero mom saw the girl’s desperate plea and immediately jumped into action, saving two children from an attempted abduction!

When two young ladies, both under the age of 12, left a restaurant together, a strange man began following them. The man claimed he was going to “supervise” their walk home but he was clearly up to no good.

Thankfully, the two kids knew just where to go when they needed help — church!

The two girls had their bikes with them. They hopped on and rode to a nearby church in an attempt to escape the man. Though the strange man pursued them and even hit one of the girls repeatedly in the head, the kids made it to the church.

“I saw two children on their bicycles and a male adult behind them,” said the Good Samaritan who ended up saving them.

The heroic woman, a mother herself, requested her identity be kept a secret.

“I don’t want any recognition for this,” she explained. The mom went on to say, “I don’t want to be a hero. I just did what I hope anybody would do for my own kids.”

The mother’s intuition immediately told her something was off. And one of the girls confirmed it as she secretly asked for help.

“One of the little girls was mouthing to me, ‘Please help me, this is not my dad,'” the mom recalled.

The quick-thinking woman kept the man talking and invited him into the church until she could call the police. The authorities caught up with the man just a short way from the church and arrested him. And the little girls who asked for help are now safe and sound back at home.

"Members of this church really stepped up to protect children that were not theirs," stressed Jessica of the County Sheriff's Office. "They saw that something was wrong and they saved these children."

YOU MAY ALSO LIKE: Woman Calls 911 to Order Pizza But Operator Realizes It's Really A Discreet Cry For Help

Thank God this woman stepped up the moment she realized something was wrong. It’s a powerful reminder for us all that if we see something, we should say something!

“Look not every man on his own things, but every man also on the things of others.” Philippians 2:4