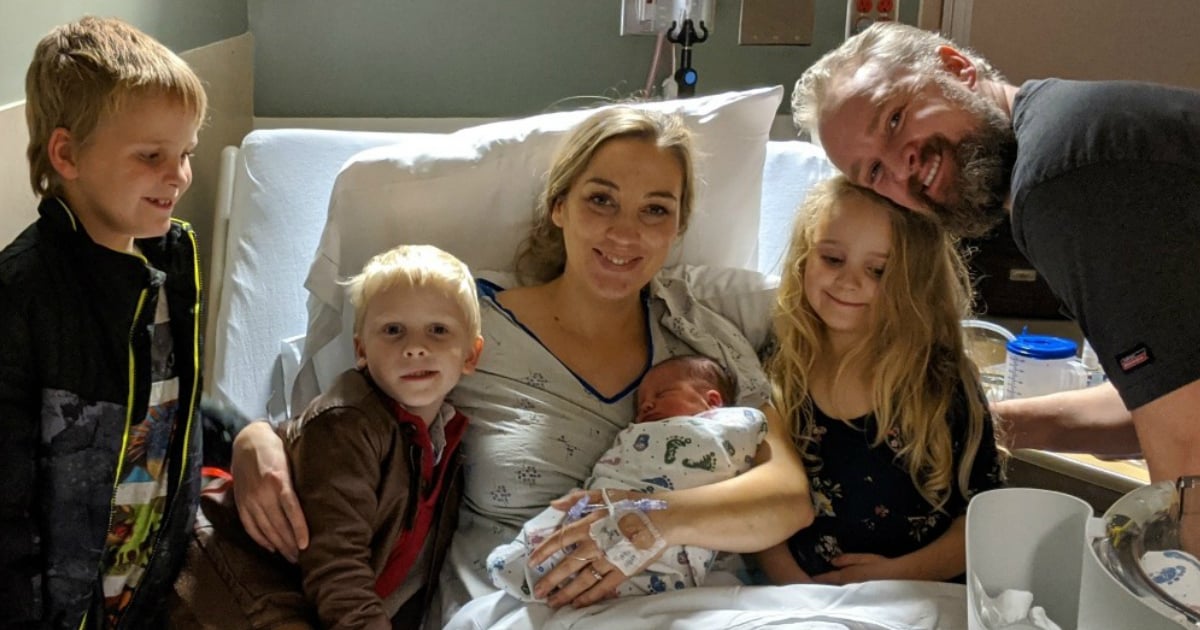 We all want our loved ones there with us when we need them the most. But what if in your time of need, the only person nearby was a complete stranger? God sends a police officer to a dying elderly man in need, and she was at his deathbed to say, "I love you."

RELATED: Police Officer Shares Emotional Testimony After Stranger Covers Her In Prayer At The Gas Station

This story begins in Lawrenceville, Georgia. Officer Dena Walker Pauly responded to a routine call that took her to a pawn shop. There she encountered an elderly gentleman who will be nicknamed "Bob." She didn't know it, but her experience with this man was going to change both of them.

Bob lived a very unfortunate life. He spent most of his days alone since he was a kid and even experienced homelessness. Not only was Bob alone, but a stroke had rendered him non-verbal.

The Georgia Law Enforcement Facebook page described his life as, "a series of sad stories strung together by poverty and loneliness."

The employees at the pawn shop were not sure how to help Bob, and neither was Dena. But she offered him a ride home to see what she could figure out.

Dena used this opportunity to teach Bob how to take care of himself, helped clean his apartment, and made sure he had food to eat. She went so far as to seek Power of Attorney for Bob, to ensure she could help this man who had no one else.

In May of 2019, Bob was admitted to the hospital. From there he was taken into hospice.

By his bedside is when she first uttered the words, "I love you."

"It’s quite possible she’s the first person to ever utter those words to this poor man."

Even if he couldn't verbally respond, he could feel the love Dena was sharing with him.

"We are drawn to this profession because we care. We care so deeply that it hurts sometimes. We see the worst, but sometimes we also get to see the best. And we have opportunities to truly make a difference for people."

YOU MAY ALSO LIKE: Fleeing Suspect Slams Into Police Officer But Wife Says Angel Was Watching Over The Father Of 6

Dena did make a difference, and Bob also impacted her. Bob passed away in July of 2019, but his story continues to move people as a reminder of Jesus' command to love our neighbors.

Dena did that for someone she didn't know, but she truly showed him the love of Jesus all the same.