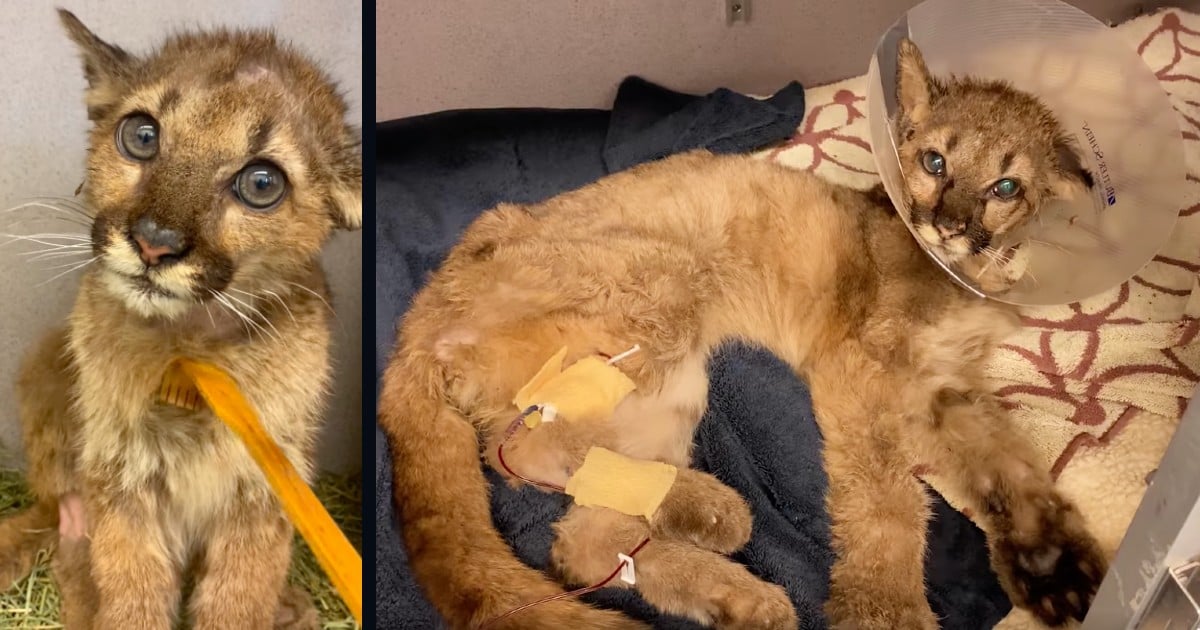 After Hikers Make A Grim Discovery, an Orphaned Mountain Lion Cub Gets The Help She Needs
Read Article »

Pet shelters make no guarantees when they send animals home with new owners, but, fortunately, Sarah Borok was prepared for the unknown when she adopted her very own grey grumpy cat. Or, perhaps she was prepared for what was known.

You see, the shelter where Sarah found her ferocious feline had deemed the grey grumpy cat unadoptable. Nonetheless, Sarah took Belle home, renamed her Barbara, and set about working toward a loving relationship with her.

RELATED: Earless Rescue Cat No One Wanted Rescues His Human

Barbara (formerly known as Belle) had been fostered by Beth Stern, who is an actress, model, author, animal-rights activist, and the wife of Howard Stern. But, Barbara didn't become famous until she came to live with Sarah, who has shared her journey with grumpy Barbara on social media-turning her unloveable tabby into a fan favorite!

Grey Grumpy Cat No One Wants To Adopt Finds Love

When Barbara first came to live with Sarah, she was very distant and distrustful. Barbara hid from Sarah. She bit and clawed at Sarah. As a result, Sarah had to wear knee-high boots and gloves to avoid getting scratched or injured.

At times, it seemed that Barbara was starting to warm up to Sarah, coming up to her owner and allowing the slightest of touch. Those moments were fleeting, but Sarah saw enough to know that, in time, grumpy Barbara might just let her guard down.

RELATED: They Said No One Would Want This ‘Broken' Pup But God Revealed The Deaf Dog's True Worth

With hope revealed, Sarah decided to stop pushing Barbara. Instead, she would allow her to set her own pace for their friendship and bonding. Sarah determined that perhaps she was being selfish to expect Barbara to connect as quickly as she'd like. She decided to give her grumpy grey cat Barbara the space to embrace Sarah on her own terms.

Sarah decided to encourage Barbara by putting treats on her chest. As Barbara started going for the treats laying on her owner, the two grew closer. One night, though, Sarah awoke to find that Barbara was lingering on top of her; she hadn't just taken the treats and run off.

While there were still times that Barbara seemed reluctant to commit to Sarah fully, the two were definitely on their way to a healthy, loving pet-and-owner relationship. Within about a month, the two had become fast friends. Sarah attributes that to the fact that she was willing to be "there for the animal." Sarah says that the grumpy grey cat Barbara has become her side-kick and best buddy!

YOU MAY ALSO LIKE: No One Seemed To Want This ‘Ugly' Pit Bull But All Of That Changed Once He Went Viral

Sarah shares Barbara’s adventures on Instagram. And that unloveable kitty now has 116,000 followers! It just goes to show that cats, like people, sometimes just need a little extra time and a lot of love!

"A person's wisdom yields patience; it is to one's glory to overlook an offense." Proverbs 19:11

WATCH: Woman Won’t Give Up On Grey Grumpy Cat No One Wants To Adopt