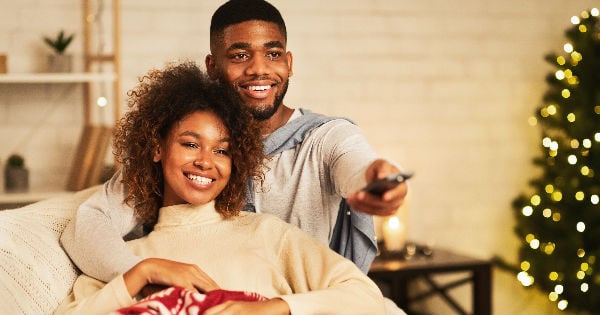 This single mom honors her 6-year-old ‘guardian angel' for growing up with a chronically ill parent.

Six-year-old Oliver Ridley received some special acknowledgement from his community for the excellent care he's given his mother when she became ill with COVID-19.

This young boy stepped up and gave support to his mother during these trying times as she herself has faced illness. Millie Ridley, Oliver's chronically ill parent, nominated her boy as well as his nanny, Sandra.

Millie suffers from a number of conditions including: Fibromyalgia, Myalgic Encephalomyelitis, and Arthritis.

During the pandemic, she also began showing COVID-19 symptoms. Oliver wound up also testing positive, but unlike his mother, he showed no symptoms.

Their local news station sought to recognize standout community members who offered their own unique support during the pandemic. They accepted nominations, and Millie's special recognition of young Oliver stood out.

"When Oliver was born, not long after, I was diagnosed with fibromyalgia. So there’s been days where I’ve been quite poorly and unwell…From whenever he could start to recognize that his mummy was poorly, he’s always been an absolute angel. Always very understanding. Full of empathy."

He has been with his mother during her ups and downs and even witnessed her coughing up blood at one point. Still, the boy remained diligent in supporting his mother.

“I had to call an ambulance and I was rushed [to the] hospital again. This time I had pneumonia. So I was in hospital again for a week battling for my life with pneumonia."

Her dutiful son was present to support her through various illnesses and multiple trips to the hospital, always remaining present for his mother. That of course would make any mother feel special.

“This year when I got coronavirus, he tested positive as well but he had no symptoms at all. On the Sunday when the ambulance arrived for me for the coronavirus, he again just took it in his stride."

“He told the ambulance guys: ‘We both tested positive, but I’m a carrier. I don’t have any symptoms."

No matter what comes next for this family, or for Millie, Oliver is sure to be a supportive presence in her life. And he's starting off loving his mother while he's still young.

YOU MAY ALSO LIKE: Dolly Parton Delivers A Sassy But Sweet Dose Of Holiday Cheer With ‘Holly Jolly Christmas'

As she grows older and more potential health issues lie on the horizon, she won't be alone in dealing with any other problems. He will likely be there for her every step of the way.

What a display of love!