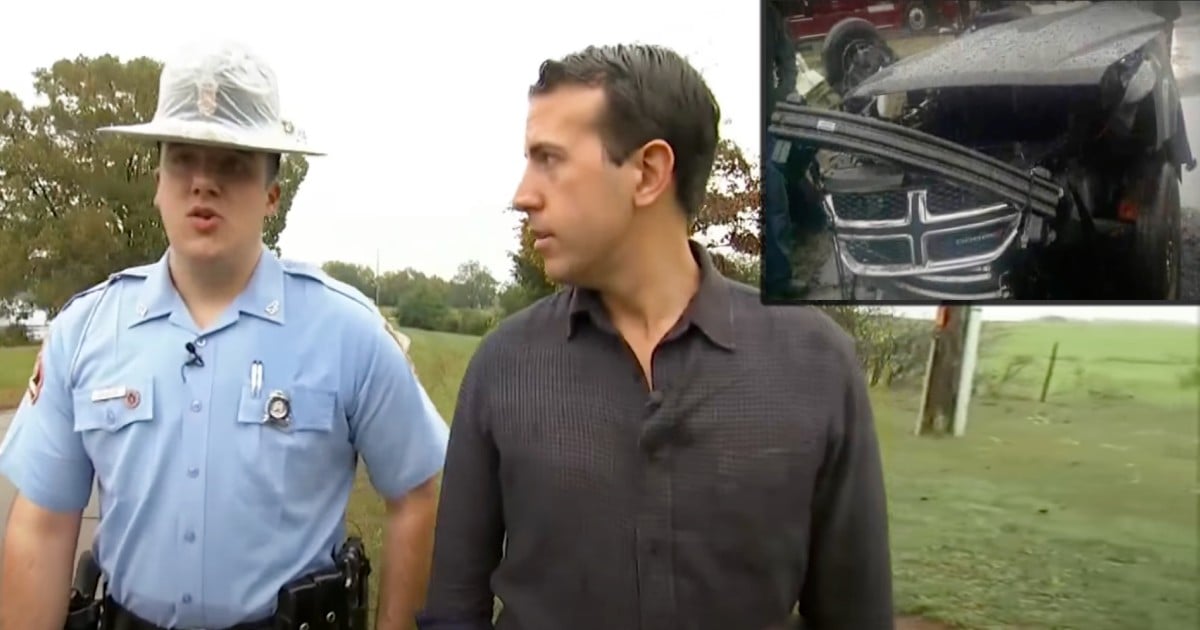 If a stranger hadn’t saved her life when the unthinkable happened, a family vacation could have ended in tragedy for Samantha Whiting and her 10-year-old daughter, Hayley. And that’s why the pair would stop at nothing to find the hero to say a special thank you!

Texas mom Samantha Whiting was on a beach in Monterey, California, for an “end of summer” family vacation. Kevin Cozzi was there separately, enjoying the ocean with his fiancée.

And God brought these complete strangers together for a very special reason.

Samantha’s 10-year-old daughter, Hayley Whiting, played in the waves as the day at the beach took a terrifying turn. As the girl tried to return to the shore, a dangerous riptide started pulling her out to sea.

“I was thinking, ‘This is not happening, there’s no way I’m being pulled out,'” Hayley recalled. “I was really terrified.”

The frightened girl desperately called out to her mom. And the horrifying moment seared itself into Samantha’s memory forever.

“I will never forget her face when she said, ‘Mom, help me!'” she explained.

Samantha Whiting did what any parent would do in such a horrible situation. She jumped in and tried to save her child’s life.

But instead, she found herself caught in the strong current, too. Thankfully, though, God had already placed a special angel nearby!

Ready To Save A Life

Kevin Cozzi was there on the beach when the dangerous situation unfolded. He realized the mother and daughter were in serious and trouble. And he was just the person to help!

“I’ve been swimming since I was 3 years old competitively, so I felt like I could get to them,” Kevin said.

The hero swam out to Samantha and Haley ready to save a life.

“I ran out there and as soon as I got to the mom, I just told her to give me her daughter because I knew she was struggling,” he recalled.

As Kevin neared the shore with 10-year-old Hayley, a lifeguard took over. Bother mother and daughter are safe and sound. And Samantha knows things would have ended very differently if this guardian angel hadn’t saved her daughter’s life.

“He saved us,” she said. “If it wasn’t for him coming to grab her off of me, there’s no way that we both would’ve made it.”

HERO: A Texas family is wanting to give back to the Merced man they say saved their 10 year old’s life.Haylee Whiting was swimming with her family in Monterey when she was caught in a rip tide. Kevin Cozzi sprang into action.The story you’ll only see on Action News at 11 @ABC30 pic.twitter.com/S8XXJYErqx

Once Samantha and Hayley Whiting were safely back to shore, things got a bit chaotic. And when it was all said and done, they were desperate to say a proper thank you to the man who saved their lives.

The problem was, they only knew his first name.

The Texas mom spent months trying to find the stranger who saved her life. And finally, with the help of social media, she reconnected with Kevin Cozzi.

Samantha and Hayley really wanted to do something special to thank the man who went out of his way to save a life. But they didn’t know exactly what.

"I knew there were no words to thank him enough for what he did, a complete stranger risking his life to save us"

As the two chatted, Kevin happened to mention how the COVID-19 pandemic had delayed his wedding. And that gave Samantha and Hayley an idea.

The mother and daughter decided to try and raise money for his wedding. Samantha Whiting shared the story of their rescue online, asking folks to donate so Kevin Cozzi and his fiancée could have their dream wedding and honeymoon.

“If it wasn't for him risking his life in such a selfless act I would have lost not only my own life but my baby girl,” she said. “Lord knows he deserves so much more than this.”

Payback For The Hero

The mother’s and daughter’s plea had a huge impact. Folks from all over the world heard their story and agreed Kevin deserved a special thank you.

RELATED: 2-Year-Old Twins Were Facedown In The Pool And Then 6-year-Old Jumps In

“Not many people will stick their neck out for others these days, but because you did, you made a huge difference in someone else's life! YOU ROCK!! Happy wedding day!” said another lady.

Others shared their own personal stories of near-drownings and the importance of heroes like Kevin Cozzi. And the donations rolled in, hitting $58,000 at the time of writing!

The avalanche of generosity came as a complete shock to the humble hero. He dove in to save a life for no other reason than because it was the right thing to do.

“That girl being saved was enough for me, honestly,” Kevin Cozzi said.

YOU MAY ALSO LIKE: Dangerous Current Sweeps Little Girl Away And That's When 4 Heroic Boys Jump Into Action

In a world where we hear so much about division and hate, this story is a reminder that we are still surrounded by real-life angels!

WATCH: Hero Saved Life At Beach And Gets A Special Thank You