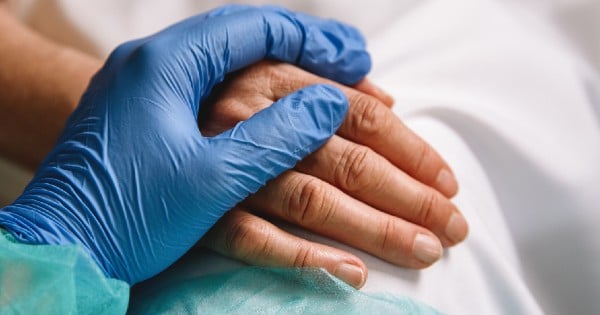 Thanks to the kindness of a stranger, a homeless couple found themselves a place to stay after a decade on the streets. But their joy may have been short-lived when their new neighbors called the police on them.

Marie Mckinzie and Greg Dunston were two in 8,000 homeless residents living in the San Francisco area. Then their lives changed when they found what had to be an answered prayer of somewhere to live. And that blessing came about in one of the most unlikeliest of ways.

RELATED: Rude Customers Put In Their Place After A ‘Closer Look' Stopped Them in Their Tracks

Living in one of the richest places in the States, but also with a very significant homeless population, Terry McGrath decided to be different from those in his community.

Terry first learned about the couple while reading the San Francisco Chronicle. There he learned that they were in many ways defying the stereotype of homelessness.

They were not addicts or suffering from any other sort of mental health problem. While they did have some disabilities, largely, their circumstances were seemingly just that of misfortune.

"The thing that struck me and got me right away was the love between Greg and Marie and how it was able to survive in probably one of the harshest environments on earth," Terry shared. "I could feel it."

Homeless Couple Gets Invited To Live With Millionaire

In response to learning about them, he decided to have them stay in his $4 million dollar home. He came into extra space after a divorce, and now has an emptier home with room to spare. He decided to put the extra space to good use.

"We wanted to do that," Greg said about the offer. "There are a lot of people out on the streets but they have no choice."

Terry mentioned to the local police that the couple was moving in with him. No sooner had he reached out, that neighbors spied Greg and Marie in their neighborhood and were caught off guard.

"I just pulled into the driveway and there's some strange folks hanging around the house," the neighbor shared.

Instead of calling Terry, the neighbors called the police.

Terry was shocked to find out about the call, but handled the situation quickly. The neighbor may have been surprised to find out Terry was now housing formerly homeless people, but they had just been looking out for Terry when they called about the strangers.

YOU MAY ALSO LIKE: Bindi Irwin And Her Husband Recreate A Sweet Throwback Photo Of Her Parents

The couple has now been with Terry for more than a year. And he has no plans for stopping this new personal initiative.

"They're like family. There's no way I'm going to let them go back to the street." Terry shared.

"Most people who know me well, know it's easy to start and it's hard to finish. And I'm never not going to finish."

WATCH: When A Homeless Couple Moved In With A Millionaire