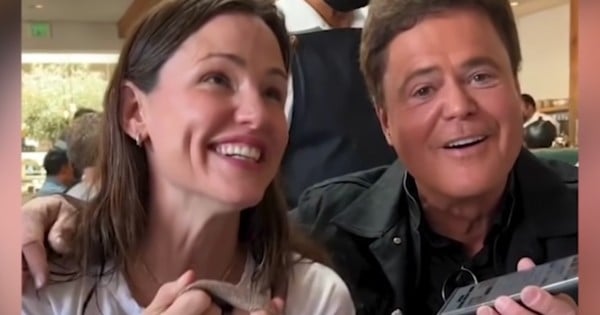 Is Denzel Washington a Christian? Yes! Denzel is more than just a well-respected actor — he’s a Christian celebrity not afraid to share the truth about Jesus!

The glitz and glamour of Hollywood can be a dangerous pitfall for those who aren’t grounded in what truly matters.

But after growing up in the church, Denzel Washington knows no amount of money or fame can come close to measuring up to the love of Jesus.

Is Denzel Washington A Christian?

Throughout his illustrious career, the Academy Award-winning actor has never been shy about sharing his faith. And here are just a handful of times Christian celebrity Denzel Washington demonstrated his love for Jesus!

1. Denzel Washington’s Words Of Wisdom After Will Smith And Chris Rock Incident

In a moment that shocked everyone during the Oscars telecast 2022, Will Smith marched on stage to slap Chris Rock after the comedian made a joke about his wife, Jada Pinkett Smith's hair. Denzel Washington is a man Will Smith highly respects and regards as a type of mentor. And immediately following the incident, Denzel offered Will some sound advice.

"At your highest moment be careful, that's when the devil comes for you," the Christian celebrity cautioned.

These words remind us of the guidance found in 1 Peter 5:8:

"Be sober, be vigilant; because your adversary the devil, as a roaring lion, walketh about, seeking whom he may devour"

We read in Matthew 18:15-17 about how believers should handle conflict. Just as these verses suggest, as a Christian brother, Denzel Washington prayerfully went to talk to Will about his inexcusable behavior and provided him with counsel aimed at pointing him back to God's truth.

“The way of a fool is right in his own eyes, but he who is wise listens to counsel.” Proverbs 12:15

Later, as the fallout from the Will Smith slap continue to unfold, Denzel shared how he was continuing to pray over the situation rather than judge.

"Who are we to condemn? I don't know all the ins and outs of this situation, but I know the only solution was prayer, the way I saw it, the way I see it," he said.

RELATED: Denzel Washington Opts For Prayer Over Condemnation After Oscars Will Smith Slap

Denzel Washington’s willingness to step in and provide Godly counsel is a beautiful example of how he is willing to walk out his Christian faith even in the very carnal setting of Hollywood.

These days, older and younger generations alike are letting social media and the internet have a massive influence over their lives. But Denzel Washington is a Christian who describes himself as a "God-fearing man." So he knows God's Word is the only source of truth.

In an interview, Denzel warned of the ways in which today’s culture promotes self-obsession and how we need to guard ourselves against these less obvious traps set by Satan.

"This is spiritual warfare. So, I'm not looking at it from an earthly perspective," he explained. "If you don't have a spiritual anchor, you'll be easily blown by the wind, and you'll be led to depression."

Denzel continued, saying, "The enemy is the inner me. The Bible says in the last days – I don't know if it's the last days, it's not my place to know – but it says we'll be lovers of ourselves. The number one photograph today is a selfie, ‘Oh, me at the protest.' ‘Me with the fire.' ‘Follow me.' ‘Listen to me’."

Read more of what Christian celebrity Denzel Washington had to say about spiritual warfare and the Last Days HERE.

3. Encouraging Men To ‘Stay On Their Knees’ In Prayer

Not only does Denzel Washington share his faith in interviews, but the Christian celebrity actively encourages others to pursue a relationship with Christ, too.

Denzel attended "The Better Man Event" where he shared some powerful advice on what it means to be a man of God. At the conference, Denzel urged attendees to take their role as a man seriously. He cautioned against the worldly view of manhood and instead encouraged the audience to cherish and make use of the gifts God has specifically entrusted to men.

“But strength, leadership, power, authority, guidance, patience are God's gift to us as men. We have to cherish that, not abuse it," he said.

Christian celebrity Denzel Washington also stressed the importance of prayer. He instructed men to “stay on your knees” and “listen to God.”

Read more of the advice given by Denzel Washington at the men’s conference HERE.

4. God’s Grace Is The Source Of All Talents

There’s no doubt Denzel Washington has enjoyed a highly successful and long-standing career in Hollywood. But Denzel is quick to point all the glory back to God.

When sitting down for an interview about his role in the film The Tragedy of Macbeth, Denzel clarified that natural ability can only take you so far. Talent must be paired with hard work and determination. But the Christian celebrity also advised folks to remember we are not the ones who deserve credit for our natural talents. That honor belongs to our Creator.

“One of the most important lessons in life that you should know is to remember to have an attitude of gratitude, of humility, understand where the gift comes from,” Denzel asserted. “It’s not mine, it’s been given to me by the grace of God.”

WATCH: Denzel Washington Credits God As The Source Of All Talent

5. How Faith Impacted Every Decision For His Film, A Journal For Jordan

When Denzel Washington directed the film A Journal For Jordan, he allowed his Christian faith to guide his decisions.

“I try to make sure I try to put God first in everything,” he said.

The movie tells the story of First Sgt. Charles Monroe King, an Army sergeant killed in action in Iraq in 2006. His death left his wife, Dana Canedy, a widow and single mother to their infant son, Jordan.

RELATED: Chris Tucker Today Is Changed by Jesus and He Turned Down $10 Million to Stay True to His Faith

Charles was rooted in his faith in Jesus Christ. And when he died, he left behind a journal revealing his devotion to faith, family, and the military. It’s something Jordan now reads regularly as a teenager.

So, in directing the film, Denzel Washington wanted to honor this man’s family and their incredible Christian faith.

WATCH: Denzel Washington On Faith Focus In A Journal For Jordan

Developing our faith is a process. The first step is accepting Jesus as our personal Lord and Savior. Then we must grow and change — letting go of our old life and allowing God to transform us into who He is calling us to be.

Denzel Washington opened up about his own journey and how he gave his life over to Christ multiple times when he was younger. One of those times in the 80s involved a supernatural encounter the Christian celebrity experienced during a church service.

“I was filled with the Holy Ghost and it scared me,” he recalled. “I said, ‘Wait a minute, I didn’t want to go this deep, I want to party’."

Even if Denzel wasn’t ready to completely live out his faith at that time in his life, the power of that moment never left him. It helped ground him and kept him from straying too far from God’s path. And eventually, his mother called him to task over choosing to live for the Lord.

“You've done a lot of good, but it's time for you to do good the right way," she told him, also pointing out, “you can’t buy your way into Heaven.”

7. Encouraging Faith In The Younger Generation

Denzel Washington is bold about sharing his own Christian faith. And he also encourages younger generations to do the same, making use of social media.

“I pray for your generation,” he said. “What an opportunity you have! Don’t be depressed by it because we have to go through this, we’re here now. You can’t put that thing back in the box.”

“I’m all about the message, to the degree that I know it, and I’m unashamed and unafraid to share it! You have to be unafraid and unashamed to share it in the way your millennial generation knows how," he said.

In 2015, Christian celebrity Denzel Washington was the keynote speaker at the Church Of God In Christ’s Charity Banquet. The actor recognized his unique position as a popular celebrity. God had given Denzel a platform for spreading His Word, and Denzel committed to using it to share his faith.

RELATED: Denzel Washington, Christian Celebrity, Is In The News For Helping Homeless Man In Danger

“Through my work I have spoken to millions of people,” Denzel told the audience. “In 2015, I said I’m no longer just going to speak through my work. I’m going to make a conscious effort to get up and speak about what God has done for me.”

9. Denzel Washington Talks About The Influence Of Faith In His Life

If you talk with Denzel Washington long enough, his Christian faith is going to come up. And in an interview with Reader’s Digest, when asked if faith influenced his movie roles, Denzel quickly pointed his faith influences everything in his life.

“I think I'm going to instill it in everything I do, like this conversation. It's who I am. It goes with me wherever I go,” he said.

That faith is the very thing that keeps Denzel centered in the midst of so much fame.

“It ain't about me,” he said. “The one thing for me, understanding how I understand God, is that it keeps me humble, keeps the pronouns out of the picture. I've been given certain abilities, and I look at it this way: What are you going to do with what you have? Who are you going to lift up?”

RELATED: Denzel Washington Has 1 Simple Tip That Could Improve Your Prayer Life

Denzel also talked about how he reads the Bible every day. While he doesn’t have time to read other books, he says he always makes time for “the No. 1 bestseller” — the Bible.

Spending time regularly in God’s Word is crucial for cultivating faith which he says is vital for getting through hard times.

“You have faith. And discipline as well,” he said. “You have to work at it.”

Denzel recognizes the importance of relying on God for everything. You have to trust Him at all times, even when things don’t make sense.

“He's got you covered. My faith helps me understand that circumstances don't dictate my happiness, my inner peace,” Denzel explained.

When Dillard University invited Denzel Washington to give the commencement speech,he knew just what advice he wanted to give the new graduates. Denzel knows the world sees him as successful because of his work in Hollywood. But the Christian celebrity took the opportunity to give all the glory to the Lord.

YOU MAY ALSO LIKE: Christian Celebrities Tyler Perry and Steve Harvey Sit Down and Talk About the Importance of Faith

His advice for the new graduates? Put God first!

The devotion seen from Denzel Washington to his Christian faith is truly inspiring. It’s amazing to see how he’s using the platform he’s been given to glorify the Lord and spread the Good News. May we follow his lead and find different ways to boldly share our faith in our own lives!

“And he said to them, Go you into all the world, and preach the gospel to every creature.” Mark 16:15