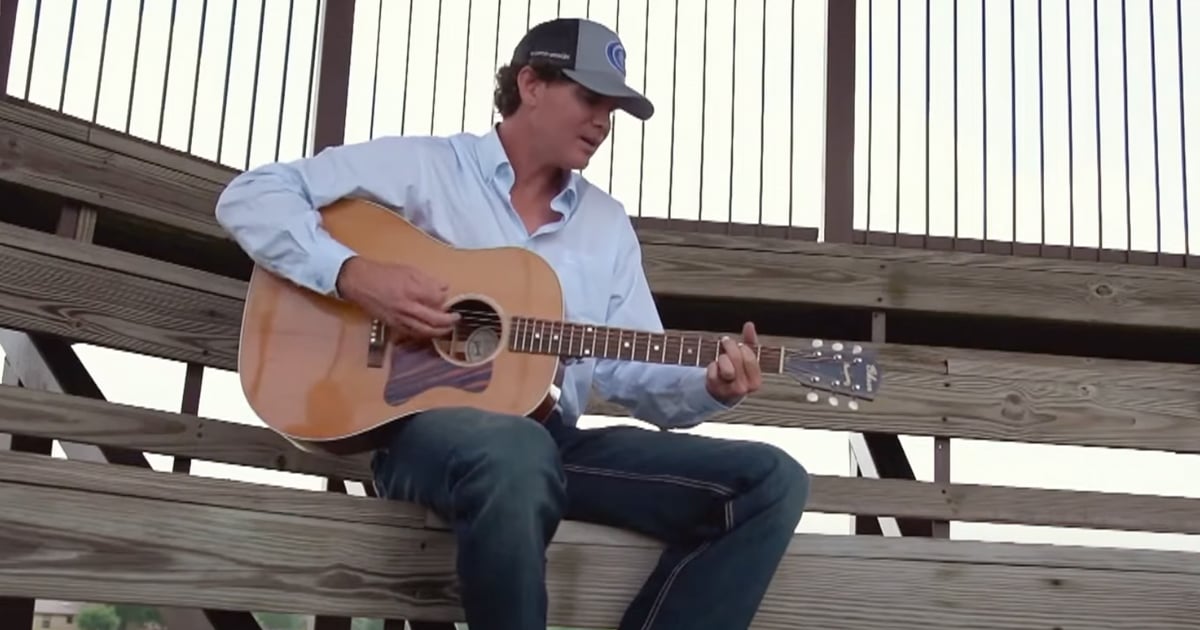 Musician Curtis Grimes Was on Verge of Disaster, Then Gospel Song Points Him Back to Jesus
Read Article »

Jeanne Robertson, the comedian whose clean humor and relatable stories kept audiences in stitches, unexpectedly died on August 21, 2021. And our hearts and prayers go out to the grieving family she left behind.

God certainly blessed Christian comedian Jeanne Robertson with an incredible sense of humor. She shared stories from her personal life and they never failed to have everyone laughing.

Her wholesomely hilarious stories often involved the antics of her son and husband, affectionately nicknamed Beaver and Left Brain respectively. And these engaging tales brought laughter and joy to so many all throughout this amazing woman’s life!

Born September 21, 1943, to Jim and Cora Swanner, Jeanne Robertson spent most of her life in North Carolina. She began competing in pageants and even won the honor of representing her home state in 1963. Jeanne Robertson as Miss North Carolina then opened the door to winning the title of Miss Congeniality at the Miss America pageant.

But Jeanne was more than just a pretty face. And during her time as a beauty queen, her passion and talent for public speaking flourished.

"People started talking about how funny I was, and people wanted to hear me speak," she said of her days in the pageant circuit. "That year I had to drop out of school because there was so much. I gave over 500 presentations that year."

At first, public appearances for Jeanne Robertson the comedian were only sprinkled in on the weekend. For years, Jeanne prioritized raising a family and teaching physical education at high schools.

But God had clearly gifted Jeanne Robertson with an amazing talent for telling funny and relatable stories. And clips of Jeanne Robertson on Youtube eventually launched her wholesome comedy into the limelight and she took her show on the road!

In addition to Jeanne Robertson’s clever wit, the comedian easily won crowds over with her clean, down-to-earth demeanor. Listening to Jeanne never felt like you were hearing an “act.” Instead, the hilarious anecdotes from her life made it feel like you were catching up with an old friend.

RELATED: Jeanne Robertson Goes To See A Plastic Surgeon And His Reaction To Her Droopy Eye Is Too Funny

Her popularity spiked thanks to the clips of Jeanne Robertson on Youtube. In what’s probably one of Jeanne’s most well-known videos, she talks about sending her husband Left Brain to the grocery store with a list and the hilarity that ensued.

WATCH: Don’t Send A Man To The Grocery Store

And Jeanne Robertson the comedian, or humorist as some would call her, had plenty more stories to keep her fans laughing. From the woes of wearing a bodysuit to the struggle of keeping up with technology, Jeanne had a knack for finding humor in just about any situation.

Even as the global coronavirus pandemic spread fear and anxiety all over the world, Jeanne Robertson continued sharing funny videos on Youtube and social media. The light of her humor helped push back against the darkness of the time.

But then one day in August, an announcement on Jeanne Robertson’s Facebook page revealed the comedian had been taken ill, forcing her to cancel several shows from her tour. Less than two weeks later, another announcement on social media broke the heartbreaking news of Jeanne’s unexpected passing.

“It is with a heavy heart that we want you to know that Jeanne has passed. She had some health challenges lately, but this was unexpected,” the update read.

Jeanne Robertson passed away at the age of 77 in her home in Burlington, North Carolina. The loss follows soon after Jeanne’s husband, Jerry Robertson, who passed away in June of 2021. And according to her son, Bailey Bowline, the cause behind his mother’s death remains unknown.

The devastating news shocked fans. But it hit especially hard for the loved ones Jeanne left behind. And we ask that you lift her grieving family up in prayer.

While Jeanne Robertson’s life here on earth may have ended, her eternal life has only just begun. As Christians, there is comfort knowing she is now with her Lord and Savior. And the legacy of laughter left by Jeanne Robertson the comedian will remain for years to come!

Jeanne truly had a gift when it came to putting a smile on peoples’ faces. Here are a few more hilarious Jeanne Robertson stories for you to enjoy!

WATCH: Don’t Go Rafting Without A Baptist In The Boat

WATCH: Don’t Trust A Man With The Luggage