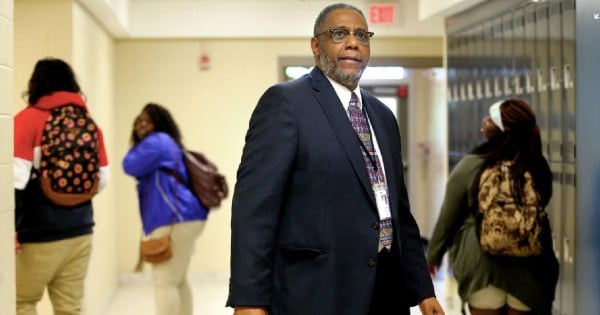 In a beautiful routine by Olympic figure skater Katia Gordeeva, she pays an emotional tribute to her late husband, Sergei Grinkov.

Filmed on February 27, 1996, this video shows how 15,000 fans and many of figure skating's top competitors gathered to pay tribute to the life of Sergei Grinkov and support Ekaterina Gordeeva as she moved forward with her life and career on the ice.

RELATED: Her Dream Seemed Impossible After Failing 5 Times But Aljona Savchenko Refused To Give Up

"Everything was so natural for us," Katia says when thinking about her and Sergei's relationship. "It's not possible to describe. It just was so natural. I think that's why it was so pure."

At the start of the figure skating routine, soft lights illuminate the ice while Katia Gordeeva skates out to the middle of the rink. Shen then starts her beautiful routine with somber instrumental music playing in the background.

As she is skating around the ice, it almost looks like she is looking around in search of Sergei, her partner and true love of many years. The whole performance is very emotional, full of longing and anguish and sorrow. Her ice skating moves as well as her facial expressions show all of those feelings as well as grief.

At the end of it, she outstretches her arms to the sky like she is reaching out for her Sergei. Then Katia starts to cry as the entire arena stands to give her a round of applause. After she skates off the ice, Katia Gordeeva picks up her little daughter and embraces her with a huge hug.

What an incredibly strong woman and a beautiful and touching tribute to her late husband!

YOU MAY ALSO LIKE: Audition For Late Husband By Lauren Engle Hits American Idol Judges Hard

Revelation 21:4
‘He will wipe every tear from their eyes. There will be no more death' or mourning or crying or pain, for the old order of things has passed away."