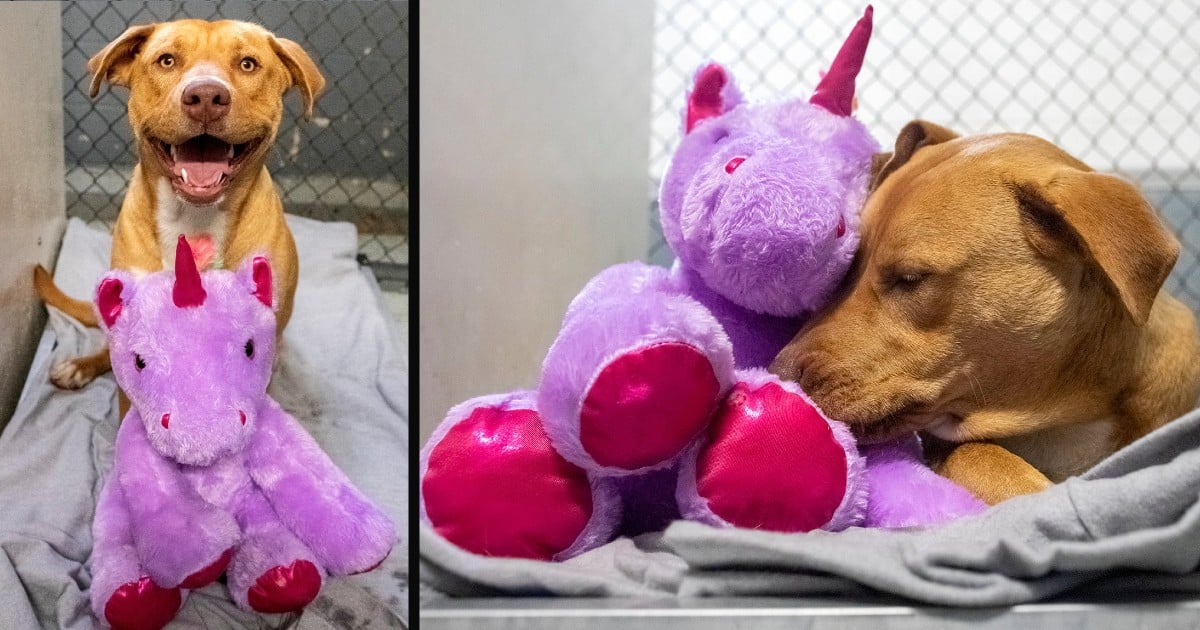 When a pit bull for adoption was available for a long time, the staff celebrated when he found his fur-ever home! The team at “Society for the Prevention of Cruelty to Animals Los Angeles finally heard the words they longed to hear after nearly two years, "Melvin has left the building!"

Melvin the pit bull waited 667 days for adoption, but he's finally headed to a loving home at last thanks to Patricia Nevi-Maguire.

RELATED: Pit Bull In Animal Shelter Who Waited More Than A Decade For A Home Finally Has One

To Melvin's delight, he learned he has siblings, Tibbs and Luna, who are pit bulls, too. But his new home didn't come without tragedy.

One of Patrica's beloved pups passed away. After she took some time to grieve the loss of that special furry family member, she knew she still had love to give. So she began looking at shelters but not just for any kind of breed. She was looking for a pit bull.

Patricia is passionate about pit bulls. She says they get a bad rap and she's worked hard to change that. This loving and loyal breed has a bad reputation for being aggressive and violent but they aren't.

Because they tend to have more energy and higher intelligence, these dogs need more human attention and interaction. Sara Taylor, the director of the shelter said Melvin "didn't really need behavioral modification... He just needed some basic training."

So when Patricia began the adoption process for a new pit bull, she learned about Melvin's plight.

After she learned he had been there for nearly two years after seemingly getting lost on the streets, her heart broke for the poor guy. She adopted him sight unseen!

YOU MAY ALSO LIKE: Sad Shelter Dog Ginger Goes Viral After Photo Reveals She's Been Waiting 7 Years For A Home

Not only does Melvin have a new family and a forever home, he has a new name too. Patricia renamed him ‘Loki.' I think it fits his mischievous grin! Congrats on finding your forever home, Loki!

"Whoever is generous to the poor lends to the Lord, and he will repay him for his deed." Proverbs 19:17