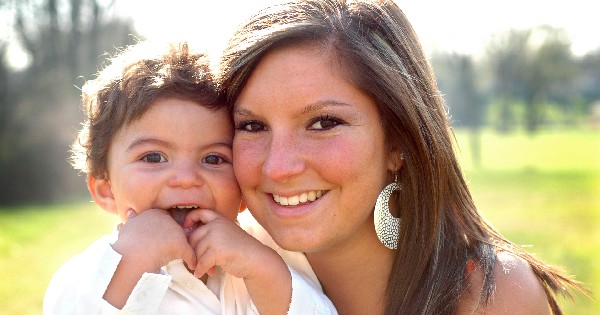 She Became A Mom At 13 After Rape. And Then The Rapist Started Attending Her School!
Read Article »

Please, step out of the car.

For those of us who have received a speeding ticket (or earned it, I should say), it is the worst feeling in the world. Your stomach does back-flips as you see the flashing lights behind you. It’s horrible. And, while this guy in Alabama probably had those exact feelings, it’s how he finished his conversation with the police officer that will leave you stunned!

Officer Samuel Lowe, with the Gadsden Police Department in Gadsden, Alabama was just doing his job. He noticed a man exceeding the speed limit and proceeded to pull him over. And while this stop seemed routine, it was anything but!

Sad to say, our law enforcement officers never know what they’re getting into when they pull a vehicle over. Will the driver be combative or cooperative? Will they end up getting cursed out - or worse? Or, will the driver suddenly offer to pray for them? Wait, what did you say?

That’s right…I said PRAY with him.

This is Officer Lowe’s story as he explained in a Facebook last week:

Have you ever driven by a traffic stop and seen the officer and driver outside their vehicles holding hands in prayer?...Me either. But you missed it today!

Earlier I stopped a vehicle for speeding and upon speaking to the driver, who was a male in his 50's, I asked if there was any reason he was in a hurry. He explained that his wife was at home sick and he was trying to get to her, that he possibly needed to take her to the hospital. So I handed his license back and told him to get to his wife, wishing him well.

He then turned to me and said "God bless you" which is semi-common, but then he asked "Can I pray for you?" Now this took me by complete surprise, but I never turn down an offer for prayer. So I said "I'd love it!"

He then exited his car, took both my hands and proceeded to pray over me: for my health, for my family, for my safety; and in a way that seemed like he knew me and what was going on in my life!

Nothing like this has ever happened to me before or any officer I know, and in no way do I attribute it to anything I've done or deserve, but solely in the move of the Holy Spirit of God in these last days. There is a revival coming in the land, an Army of God is being raised up, and I'm astounded and humbled that someone like me can play a part!

State Rep. Mack Butler (R-Rainbow City), stated Wednesday evening that Officer Lowe is one of his constituents, and said he wasn't surprised at all that Officer Lowe's commitment to service compelled a stranger to react to him that way.

"This was such a refreshing story to hear at a time when there is such hostility toward members of law enforcement," Representative Butler said. "To learn that a citizen took the time to show love and compassion for a gentleman who each day puts himself in harm's way - but was in no way known to this citizen - truly warms the heart and is truly a testament to our Alabama values."

Thank you, Officer Lowe, for sharing your story with us! What an awesome testimony to PASS ON! And to the gentleman you pulled over, we sincerely thank you for your love and COURAGE to step out of the comfort zone to pray over a complete stranger. That was a beautiful moment where you shared the Love of Jesus Christ. AMEN!