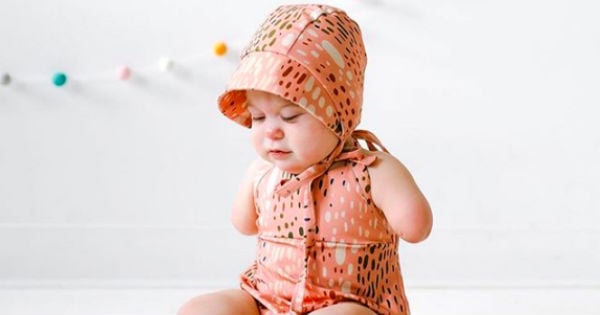 Updated 9/15/2020 -When flames consumed the Rachael Ray house in New York, so many things were destroyed. But the TV personality and celebrity chef realizes they were just that — things. Rachael was quick to count her blessings rather than focus on what she lost in the fire.

The Rachael Ray house in Upstate New York was beautiful. In fact, it was a dream fulfilled for the popular TV personality.

“I drew this house on a piece of paper and decorated it before it was ever built,” Rachael said in a tour of the home’s kitchen for the Rachael Ray Show.

It was only a few months after that tour when Rachael Ray would literally watch her dream house go up in flames. But the TV host is inspiring everyone in how she’s facing the devastating loss.

The home caught fire around 7:30 p.m. on Sunday, August 9, 2020. Rachael Ray was at the house with her husband, John Cusimano, her mother, Elsa Scuderi, and her dog, Bella.

Rachael and John prepared a fire in the fireplace ahead of dinner. But before they could even sit down to eat, screams interrupted the meal.

“A person was going through our backyard on an ATV and was kind enough to come down the hill and say, ‘Your roof’s on fire.’ Literally screaming it in our backyard,” Rachael said. “We went outside (and) sure enough, that was the case.”

The man told the couple he had already called the fire department. Rachael immediately raced back inside with hopes of gathering some of their important items: “medicines, photographs, notebooks”. But she ended up with only enough time to grab the dog.

“I heard the fire in the walls,” she said. “It was blood-curdling and chilling from head to toe. I turn to leave and there was a first responder right in front of me, (saying), ‘Get out, get out now. You have to go.'”

A Look At The Utter Destruction

Yet, despite the loss of her dream home and many of her belongings, Rachael Ray remains fully aware of how blessed she and her family remain.

This is what's left of our house, today. Sharing our story + what we've learned in a very unusual @rachaelrayshow premiere. Thank you to all our first responders, viewers + friends for their unending support. We are very grateful and mindful of how fortunate we are in many ways. pic.twitter.com/lv18pTIkpI

Authorities deemed the Rachael Ray house fire accidental. They determined the blaze started in the chimney. Once the flames started, the fire was “fully involved” and the house couldn’t be saved.

But that doesn’t mean there wasn’t a happy ending. All of the people and pets escaped the Rachael Ray house fire — a true blessing.

“Everyone was able to get out safely,” said Brian LaFleure, the Warren County director of emergency services and fire coordinator. “There were no injuries, which was good.”

Much of what the house fire destroyed held special sentimental value for Rachael Ray. But she realizes the fire didn’t destroy the things that matter most.

RELATED: Family Lost Home to Fire And Then Discovered Their Bibles Were Spared

“Grateful that my mom, my husband, my dog... we're all okay,” she wrote on social media. “These are the days we all have to be grateful for what we have, not what we've lost.”

Thank you to our local first responders for being kind and gracious and saving what they could of our home. Grateful that my mom, my husband, my dog... we're all okay. These are the days we all have to be grateful for what we have, not what we've lost.

Fix Your Eyes On The Eternal

Events like the Rachael Ray house fire these are a powerful reminder of how everything on this earth is temporary.

All of us will experience seasons of tragedy and loss. But be strong, take heart, and place your hope the Lord (Psalm 31:24). For the treasures we have stored up in Heaven can never be destroyed (Matthew 6:19-20)!

YOU MAY ALSO LIKE: Rescue Dog Risks Life Dragging Woman Out Of Blazing House Fire

"I have told you these things, so that in me you may have peace. In this world you will have trouble. But take heart! I have overcome the world." John 16:33