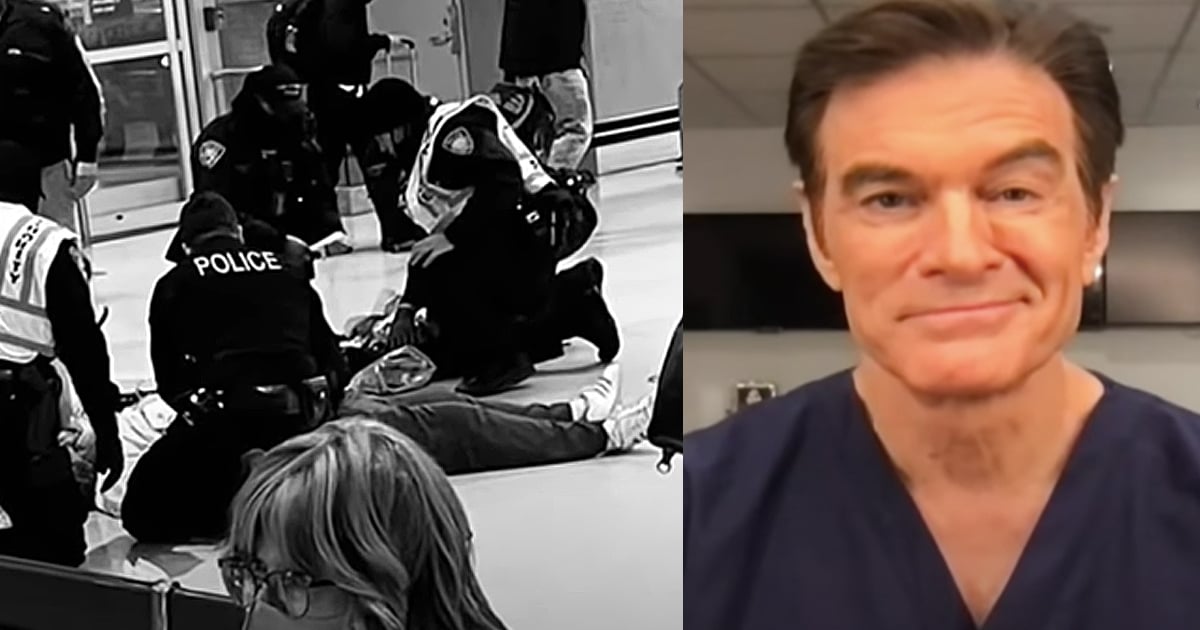 Dr. Oz Steps In As A Stranger At The Airport Has A Heart Attack And Drops To The Floor
Read Article »

One young man found himself in an unpredictable situation – performing CPR on a baby after he just received that lesson on CPR in school.

What are the odds? That's the natural question with a story like this. Is this story a case of divine intervention? Maybe.

RELATED: Teen Takes a CPR Class And the Very Next Day God Puts Her in the Right Place to Save a Friend

Savion Harris is an 11th-grade student at Crestview High School. Today, this teenager is being celebrated for saving the life of a 6-month-old baby by performing CPR.

One day Savion is learning CPR in school, the next, he is using what he learned to save a life!

"We’re so proud of him and the life-saving service he rendered,” his school said after hearing about his endeavor.

Savion first found himself in this tough predicament after finishing work over the weekend. On a Saturday night, he had just ended his shift at a Thai restaurant. Instead of going home like normal, something scary happened.

Teen Saves The Day By Performing CPR On A Baby

The mother of the family who owns the restaurant ran downstairs with a baby in her arms. She pleaded for help because the baby was not breathing.

Employees moved to call 911, while the father of the child tended to the baby.

Savion chose to step into gear and do what not everyone would have. He moved to save the baby's life, performing CPR immediately.

"It was a very short, but like, intense couple of minutes. Just two or three minutes at the most, but it was extremely intense,” Savion said later.

"While I was talking to the responder on the other end of the phone, I got the baby from the dad and put him on the table. The baby was turning blue and I decided to do CPR.”

“I did two good compressions and the baby started crying, so I knew he was getting oxygen to his lungs. The color started returning to his face and at that point, the ambulance arrived.”

The teen has big plans for his CPR skill. After learning CPR through a program at school called Career and Technical Education Program, he wants to now enroll in Florida State University's medical program. His end goal is to become a trauma nurse.

YOU MAY ALSO LIKE: Husband Is Giving Wife CPR Just Days After Birth of Twins And Credits Prayer for Saving Her Life

Considering the bravery and knowledge he demonstrated by performing CPR on the baby he saved, Savion may just be more than ready.

LISTEN: Son's 1st Words After 244 Days Brain Dead Were ‘I Love You Mom' And
Candace Cameron Bure Backlash On Picture With Husband