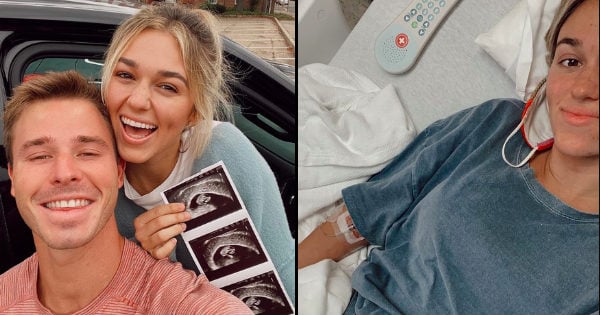 These celebrity veterans are instantly recognizable because of their Hollywood credits. But did you know each of these stars served in the military, too?

Most people recognize the names and faces of these stars immediately. However, it's not just their fame that makes these folks stand out. These celebs also spent time serving their country.

And a few of these celebrity veterans might just surprise you!

Here are 11 celebrities that you might not have realized are also veterans:

Before he was sniffing out criminals as Magnum P.I., Tom Selleck received draft orders during the Vietnam War. So, he signed up for the 160th Infantry Regiment of the California National Guard. He served from 1967 to 1973, and was later featured in the National Guard recruiting posters.

Before he was daring punks to make his day, the star of movies like Dirty Harry, Every Which Way But Loose, and American Sniper was drafted by the US Army during the Korean War. Clint Eastwood left behind his books at Seattle University and headed to Fort Ord for basic training. He was even aboard a Douglas Ad bomber that crashed into the ocean after running out of fuel. He and the pilot had to swim 3 miles to make it to safety.

Most recognize Pat from the 30 years he's been hosting the popular game show, Wheel of Fortune. But before hashing out quips with the glamorous Vanna White, Pat joined the US Army. While in Vietnam, he served as a disc jockey for the Armed Forces Radio. He even confessed to making quite the blunder while working there. During President Nixon's 1969 Christmas address to the troops, Pat accidentally cut the feed prematurely!

Just as Elvis' music career hit fever pitch, he traded in his blue suede shoes for combat boots! In 1958, he was inducted into the US Army and sent to Friedberg, Germany. While there, he bought TV sets for the base, treated everyone in his outfit to an extra set of fatigues, and donated his Army pay to charity.

Aside from popular movies like Shawshank Redemption, Driving Miss Daisy and Dolphin Tale, this star is equally famous for his deep voice. But believe it or not, he actually turned down a partial drama scholarship to Jackson State University! Instead, he enlisted in the US Air Force. He started out as an Automatic Tracking Radar Repairman, but his determination and hard work eventually propelled him to the rank of Airman 1st Class.

If you thought his fight moves as Walker, Texas Ranger were convincing, that's because he earned his tough guy status in the US Air Force first. Before roundhouse kicking bad guys into next week, Chuck served as an Air Policeman at the Osan Air Base in South Korea. While there, he got the nickname Chuck (his real name is Carlos). The service is also where Chuck discovered Tang Soo Do, a Korean fighting technique, which spurred his interest in martial arts.

Who could forget Bea's bitingly sarcastic character Dorothy Zbornak? But before she was sassing her fellow Golden Girls, this strong woman was actually driving trucks for the Marine Corps! She served as one of the first members of the Women's Reserve, and according to some of the reports from her enlistment interviews, she was described as "argumentative." During her time, she was promoted from corporal to sergeant to staff sergeant. She was honorably discharged in 1945 when she then married fellow Marine, Private Robert Arthur.

This guitar legend stunned the world with his gritty yet beautiful version of the "Star Spangled Banner." But before he ever strummed the opening chords to our national anthem, he received a firsthand glimpse of just how much discipline and hard work goes into serving this great country.

RELATED: Veteran Waited On New Wheelchair For 2 Years, Then Lowe's Employees Stepped In

After repeatedly getting into trouble with the law as a young man, Jimi was given the choice between prison or the military. Jimi chose the Army, and trained as a paratrooper. However, the young daydreamer wasn’t really suited for the Army life. To the chagrin of his superiors, Jimi spent much of his time napping and strumming his guitar. Eventually, he was honorably discharged with the understanding that his particular set of talents would be better served elsewhere.

While Jimi wasn’t cut out for the service, his days in the Army undoubtedly strengthened his pride in our country. In fact, when he surprised everyone at Woodstock by performing his unforgettable version of our national anthem, he was quoted as saying he did so to send the message of:

After his role in the popular show, The A-Team, it's not hard to picture Mr. T in fatigues. But well before he was telling fools to quit their "jibber-jabber," he was serving his country as a real soldier in the US Army. He enlisted after being expelled from Prairie View A&M University and served in the Military Police Corps. He thrived in the structured environment, and earned the title of "Top Trainee of the Cycle" during training among 6,000 troops! Later on, he got promoted on to squad leader. No one can deny that Mr. T is one tough guy, but he's always impressed us for a different reason — the strength of his faith in God!

Before this suave host was helping folks win new dining room sets, he was attending Drury College on a basketball scholarship. But when WWII broke out, Bob chose to leave school and enlist in the US Navy, where he became a fighter pilot. The war ended before he got assigned to a squadron. So, he headed back to school, where he graduated with a degree in economics.

The It's a Wonderful Life star came from a long line of military men. His father served in both WWI and the Spanish-American War, and both of his grandfathers fought in the Civil War. So as a young man, Jimmy was keen to follow in their footsteps.

He was rejected during his draft to the US Army and was turned down as well by the Air Corps for being underweight. But the determined actor worked hard to gain 10 pounds and was successfully enlisted. He became a pilot and eventually led 20 bombing missions. He received several honors during his service and was the first major American movie star to serve during WWII!

While these stars went on from their days in the service to gain notoriety for their roles in movies, TV, and game shows, there are thousands who serve and have served that never see the limelight for their heroic acts. These heroes may not walk the red carpet, but the sacrifice and service they give to their country deserves all the praise.

YOU MAY ALSO LIKE: 10 Celebrities Who Are Also Christians

God bless our veterans and all of the brave men and women who protect our freedom!